The whole world is waiting for August 2 when U.S. could default on it’s spending obligations if the compromise between Congress and Obama wouldn’t happen. Let’s see how large the US national debt actually is, using the well-known $100 bill.

$100 – Most counterfeited money denomination in the world. Keeps the world moving.

$10,000 – Enough for a great vacation or to buy a used car. Approximately one year of work for the average human on earth. 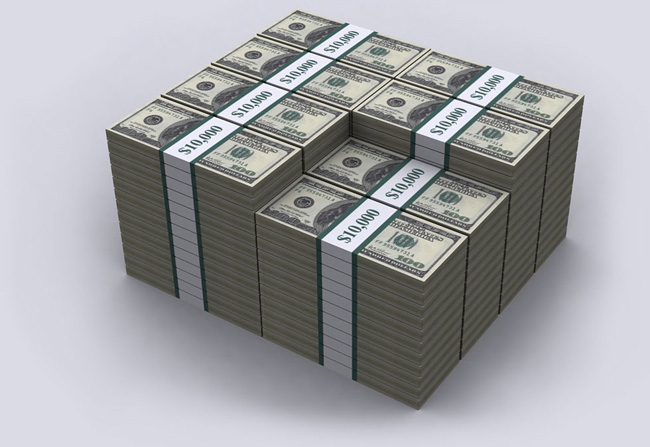 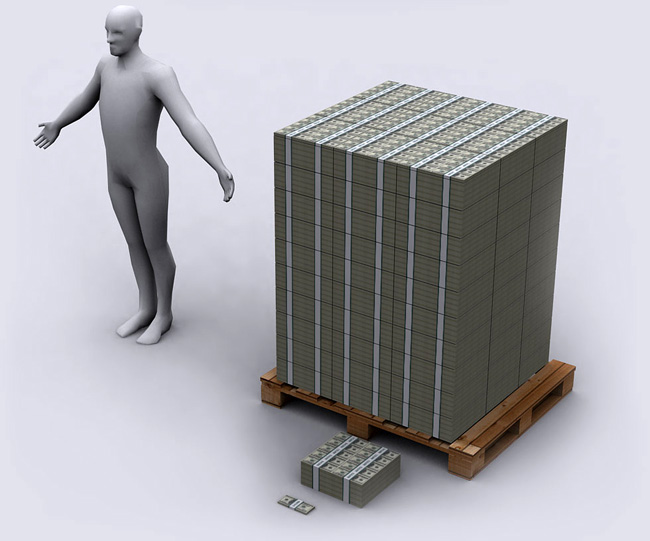 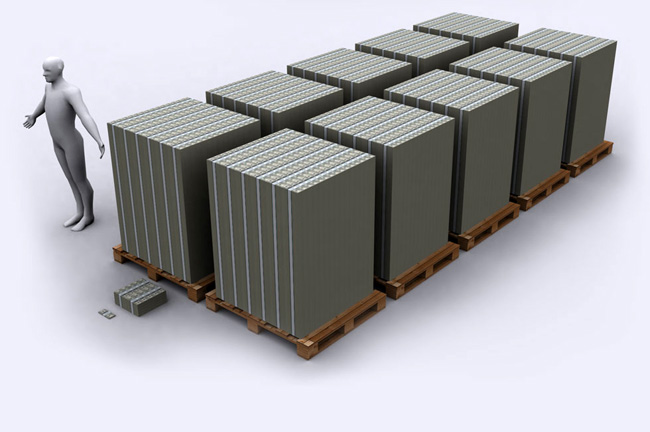 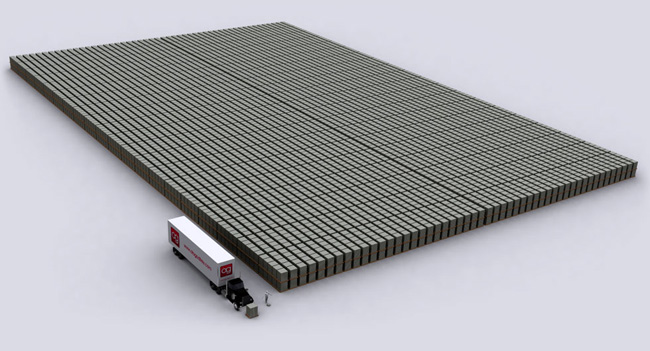 $1,000,000,000,000 – When the U.S government speaks about a 1.7 trillion deficit – this is the volumes of cash the U.S. Government borrowed in 2010 to run itself. Keep in mind it is double stacked pallets of $100 million dollars each, full of $100 dollar bills. You are going to need a lot of trucks to freight this around. If you spent $1 million a day since Jesus was born, you would have not spent $1 trillion by now…but ~$700 billion same amount the banks got during bailout.

Comparison of $1,000,000,000,000 dollars to a standard sized American Football field and European Football field. Say hello to the Boeing 747-400 transcontinental airliner that’s hiding on the right. This was until recently the biggest passenger plane in the world. 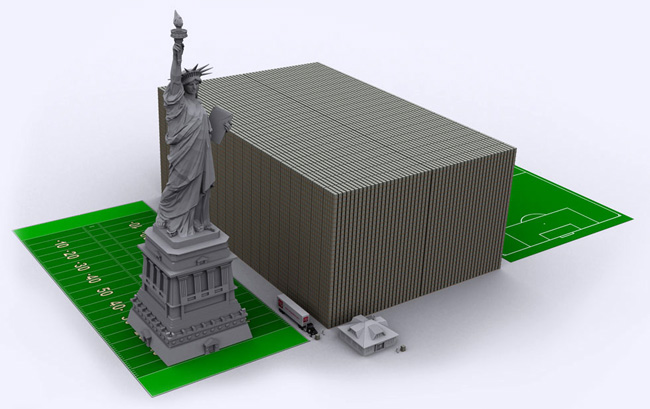 $15,000,000,000,000 – Unless the U.S. government fixes the budget, US national debt (credit card bill) will topple 15 trillion by Christmas 2011. Statue of Liberty seems rather worried as United States national debt passes 20% of the entire world’s combined GDP (Gross Domestic Product). In 2011 the National Debt will exceed 100% of GDP, and venture into the 100%+ debt-to-GDP ratio that the European PIIGS have (bankrupting nations). 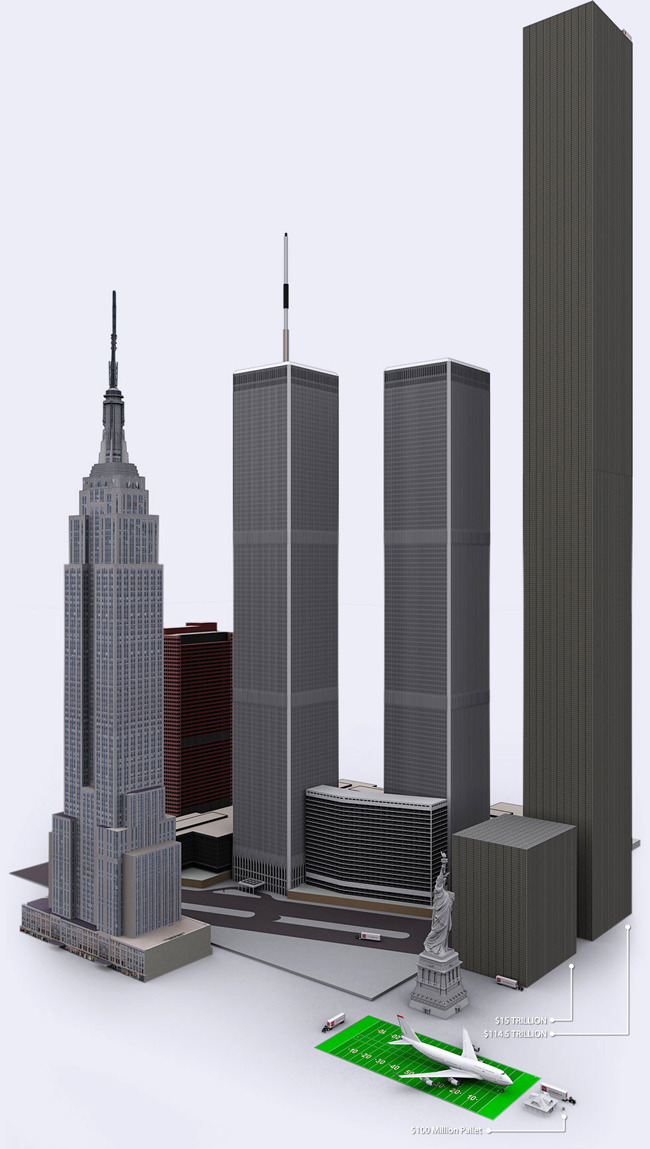 $114,500,000,000,000. – US unfunded liabilities. To the right you can see the pillar of cold hard $100 bills that dwarfs the WTC & Empire State Building – both at one point world’s tallest buildings. If you look carefully you can see the Statue of Liberty. The 114.5 Trillion dollar super-skyscraper is the amount of money the U.S. Government knows it does not have to fully fund the Medicare, Medicare Prescription Drug Program, Social Security, Military and civil servant pensions. It is the money USA knows it will not have to pay all its bills. If you live in USA this is also your personal credit card bill, you are responsible along with everyone else to pay this back. The citizens of USA created the U.S. Government to serve them, this is what the U.S. Government has done while serving The People. The unfunded liability is calculated on current tax and funding inputs, and future demographic shifts in US Population.

Note: On the above 114.5T image the size of the base of the money pile is half a trillion, not 1T as on 15T image. The height is double. This was done to reflect the base of Empire State and WTC more closely.