Many years ago, before huge earthquakes and flood, these cities were amazing places to live and to see. All of them represent significant archaeological findings in recent history. The others are in some way more mysterious in origin. All of the keep some secrets that we may never know. Here are five incredible underwater cities you’ll want to discover:

Hailed as the most spectacular underwater city in the world, China’s Lion City certainly is a marvel. Built in Eastern Han Dynasty at roughly 25-200 CE and spanning about 62 football fields in area, today Lion City can be found 85-131 feet beneath the surface of Thousand Island Lake, an area that was intentionally flooded in the 1950s to create a dam. The sculptures that decorate the city rival the beauty of even Alexandria so it’s little wonder that Lion City is now one of China’s most popular tourist destinations. 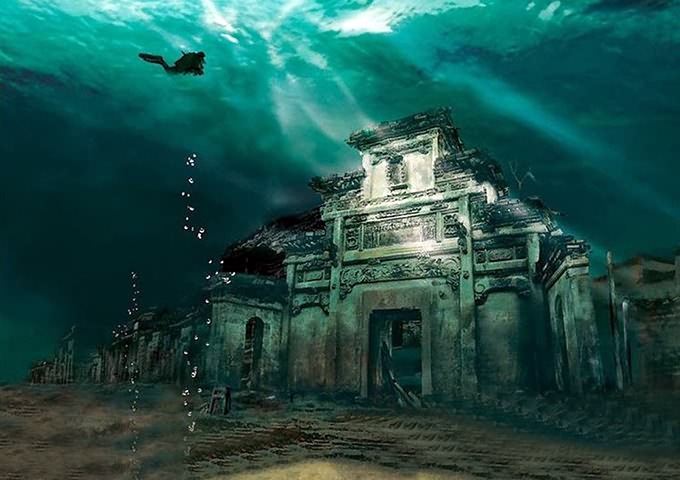 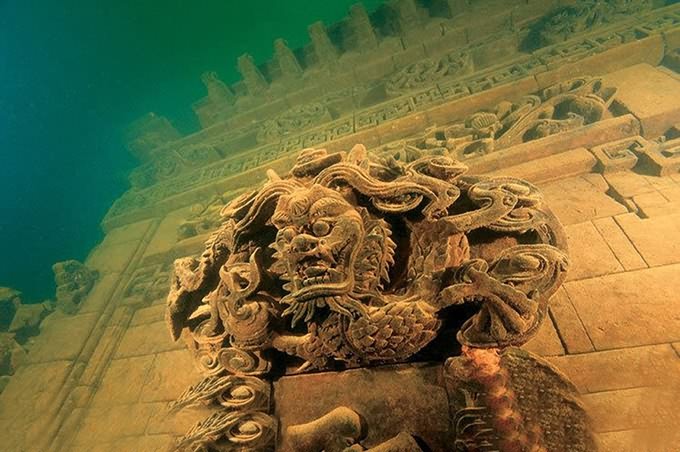 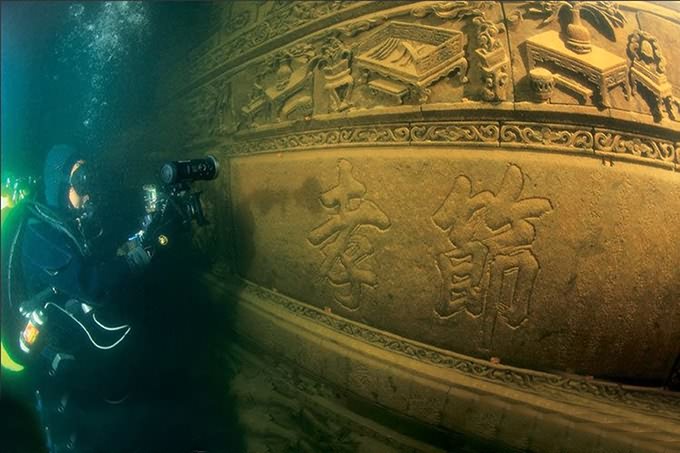 Once a notorious hub for pirate activity, prostitutes, booze, and raging all-night parties, Port Royal was once branded ‘the most wicked and sinful city in the world’. That was so until June 1692 when a massive 7.5 earthquake shook the island of Jamaica, sucking Port Royal into the ocean due to it’s unstable foundations and killing over 2,000 of it’s inhabitants. Was this earthquake a fatal natural accident or was it retribution for all the sins committed within the cavity? For hundreds of years people believed the latter. In the years since then the infamous city, once one of the largest European cities in the New World, has continued to sink and now it lies forty feet below the ocean. The sunken city is a hive for archeological exploration as amazingly many near-perfect artefacts are still being unveiled from the site. 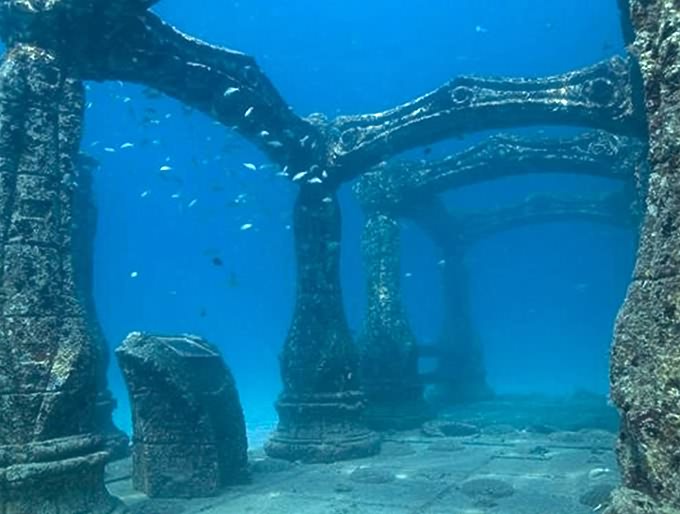 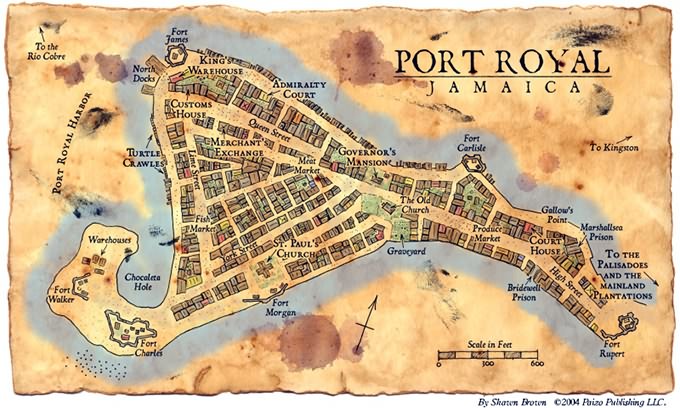 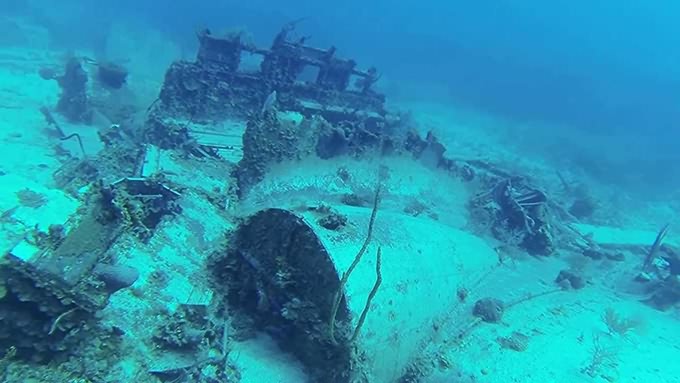 The Pyramids of Yonaguni-Jima, Japan

To this day experts still argue over whether the Yonaguni Monument which lies underwater just off the coast of Japan is man made or simply a natural occurrence. While there is evidence to support the natural theory, looking at the terraced stones and triangular shapes that which make up the pyramid it’s hard to believe such a monument could occur naturally. The pyramid rises a massive 250 feet from the sea floor and is a constant lure for scuba-divers for obvious reasons. If the structure was manmade, experts suggest it was likely built during the last ice age at roughly 10,000 BCE. 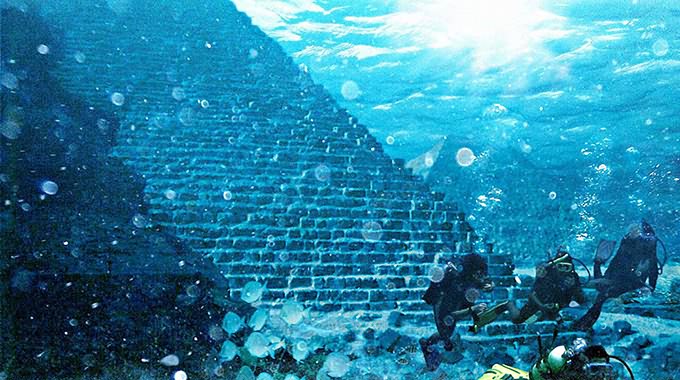 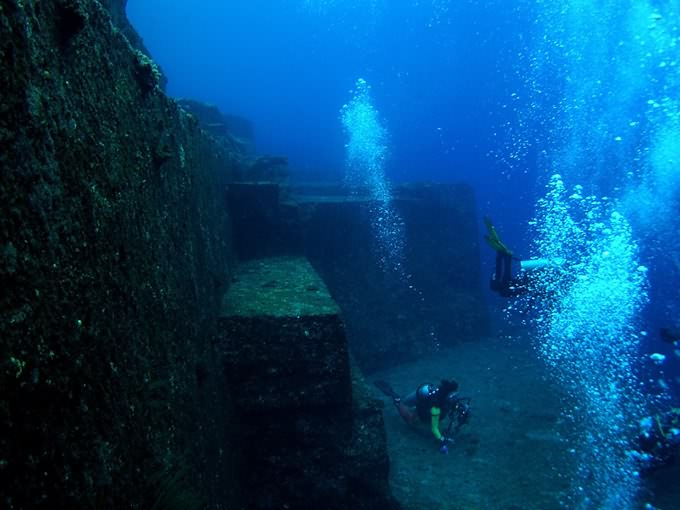 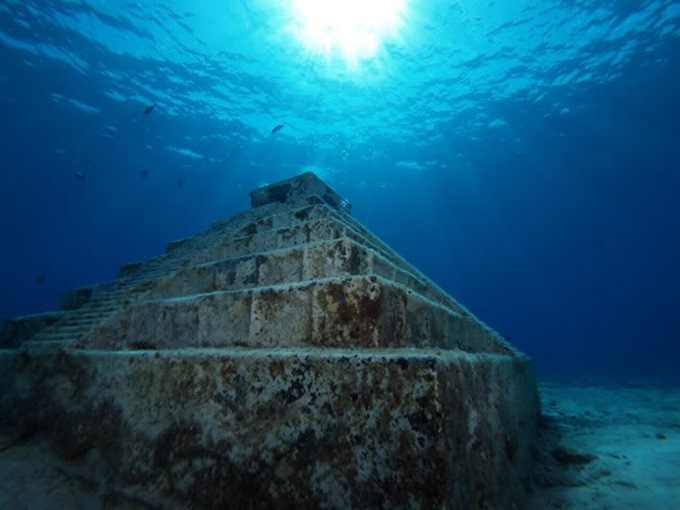 The ancient city of Lord Krishna was once thought to be merely a myth but ruins discovered in 2000 seem to be breathing life into the old Indian tale. The story goes that Lord Krishna had a magnificent city which was made up of 70,000 palaces made of gold, silver, and various other precious metals. The city was prosperous however upon Lord Krishna’s death Dwarka supposedly sank into the sea. The ruins are situated 131 feet beneath the ocean surface in the bay of modern-day Dwarka, one of the seven oldest cities in India. Acoustic studies have shown the ruins to be amazingly geometric, stunning experts. 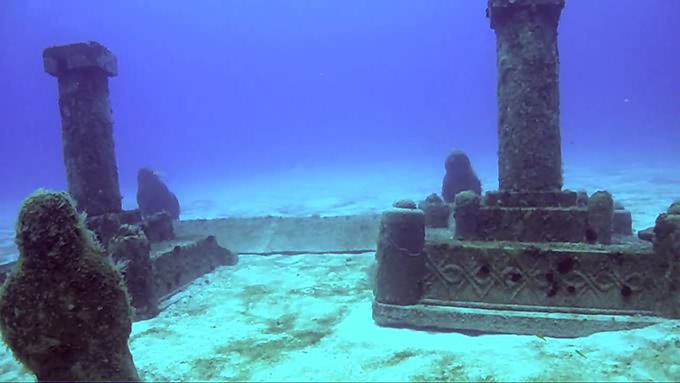 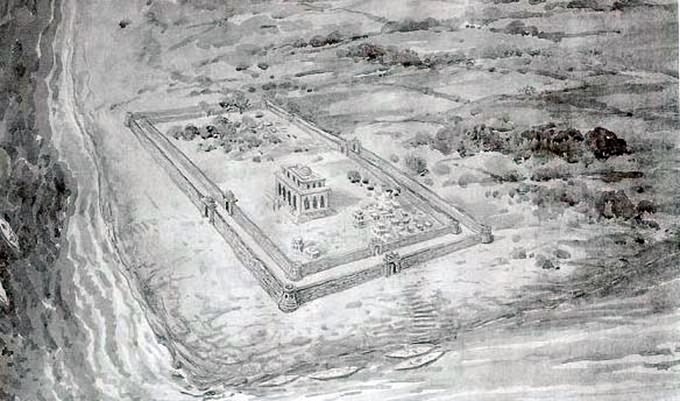 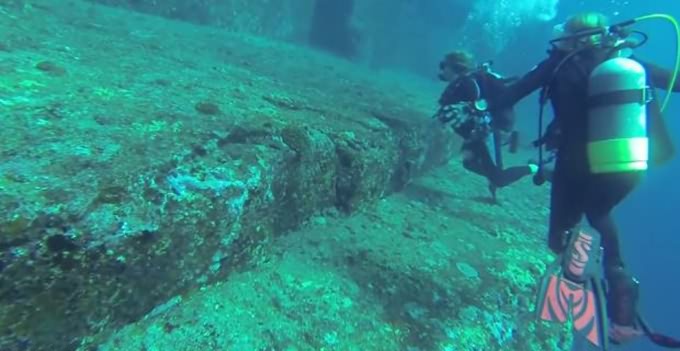 Just off the shores of Alexandria lies what is believed to be the palace of Cleopatra, an ancient Egyptian queen. It is believed that the ruins were cast into the sea by an earthquake over 1,500 years ago and lay dormant until recent years. Along with the royal quarters, archaeologists also believe they have found the temple of Isis alongside them. To date, more than 140 artifacts have been uncovered from the site and experts now believe they have located the tomb of Cleoplatra and an ancient museum within the ruins. Hopefully the ruins will be opened up to divers and tourists in the years to come, allowing us all to have a closer look at the marvel that is Cleopatra’s palace. 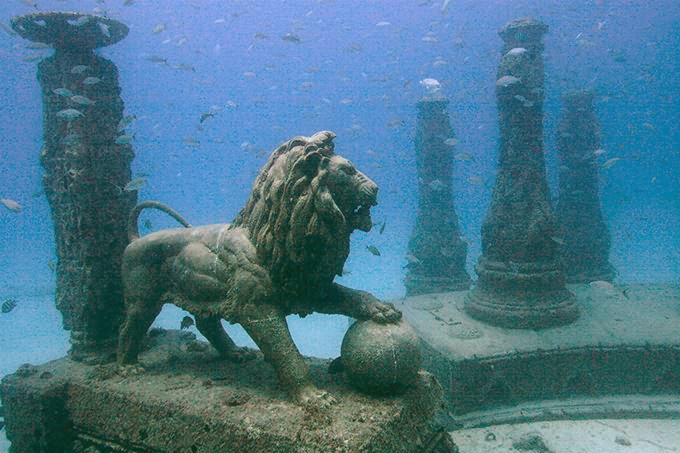 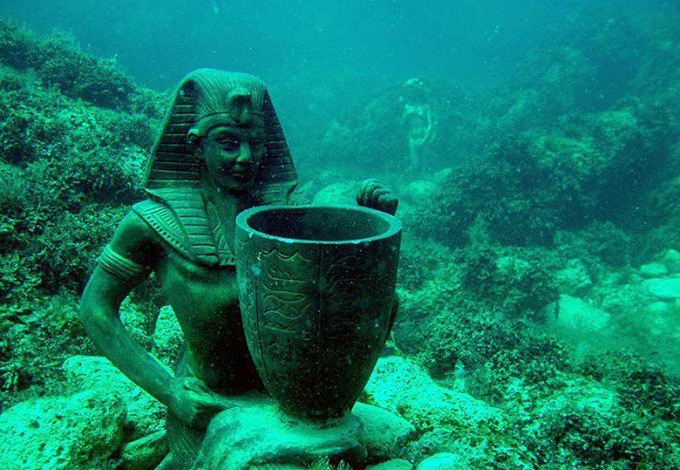 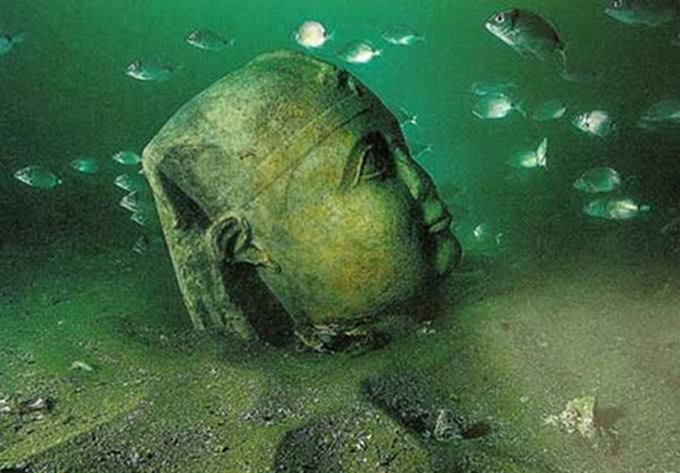