Nature, you scary! While it’s too much to expect the animal kingdom to look like the Magic Kingdom, some creatures appear to have taken multiple hits from the ugly stick – and then came back for more.

Do these animals look so foul and so ugly to scare away predators at the mere sight of them? Or does mother nature just have a weird sense of humor? You decide! 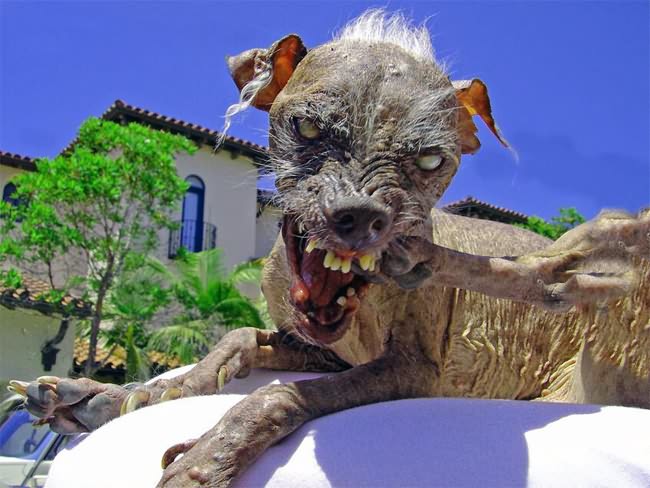 He looked like a cross between the Crypt-Keeper and a Gremlin, which made registered Chinese Crested dog Sam a shoo-in to win the “World’s Ugliest Dog” competition at the Sonoma-Marin Fair in California in 2005. That was the third year in a row that Sam had won this dubious title. Sadly, the 14-year-old Sam suffered from a myriad of health problems. He died of cancer in November of 2005. 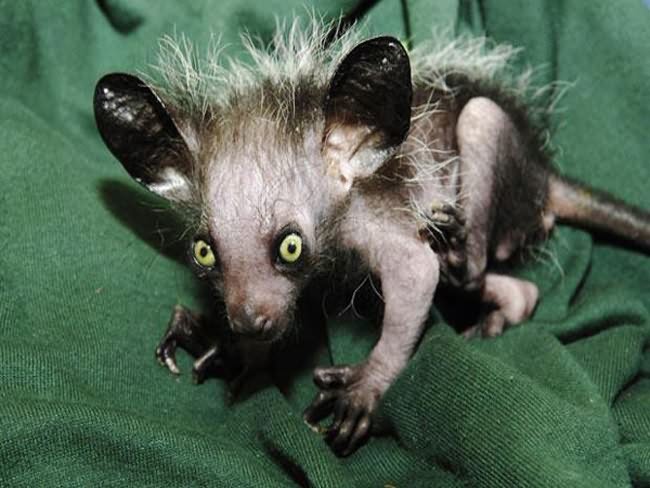 This one is maby more weird than ugly. Daubentonia madagascariensis is a strepsirrhine native to Madagascar that combines rodent-like teeth with a long, thin middle finger to fill the same ecological niche as a woodpecker. It is the world’s largest nocturnal primate, and is characterized by its unique method of finding food, it taps on trees to find grubs, then gnaws holes in the wood and inserts its elongated middle finger to pull the grubs out. It weighs about 2,5 kilograms, with the female weighing in slightly less (by an average of 100 grams) than males. Other than weight and sex organs, aye-ayes exhibit no sexual dimorphism of any kind. They all grow from 30-37 cm from head to body, with a 44-53 cm tail. 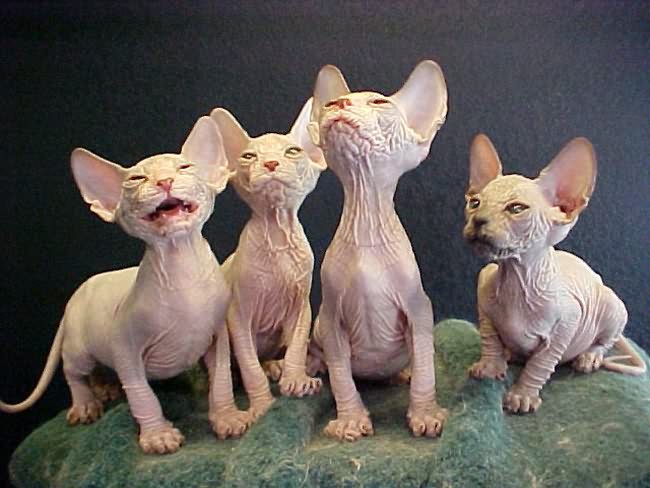 Sphynx Cat Canadian Hairless is a rare breed of cat with extremely little fur, or at most a short fuzz over its body, and no, or very short and stiff whiskers. Their skin is the color their fur would be, and all the usual cat marking patterns (solid, point, van, tabby, tortie, etc) may be found in Sphynx too. They are sometimes mistaken for Chihuahuas because of their extremely unusual and, some say, uncatlike appearance. They are extremely intelligent, extroverted, and affectionate, often cuddling with their owners, other humans, and each other. 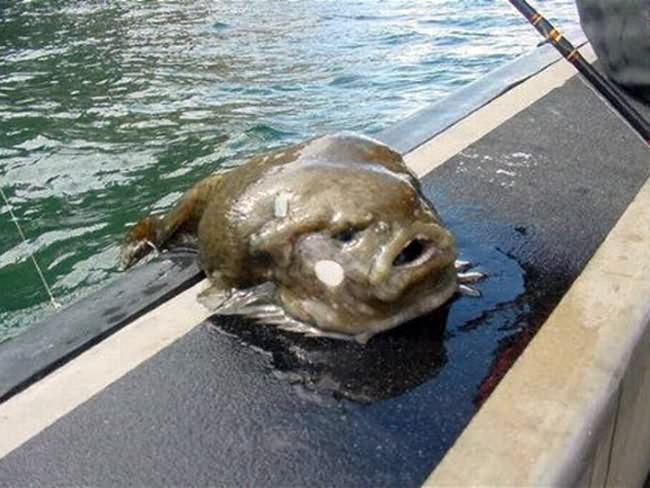 The irrefutably disgusting Blobfish! If you’re an avid visitor to It’s Nature then you probably haven’t missed out on the Blobfish article, even there we spoke about how ugly this creature is. The Blobfish resembles a very ugly deformed looking human face when underwater and when brought out of water it drys up fast and this can cause its skin and blood vessels to rupture so no matter which way you look at the Blobfish you will never catch one glimpse of it looking less than disgusting! 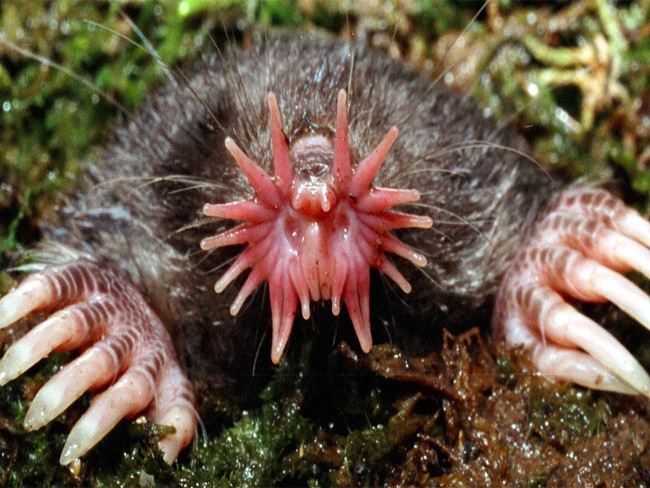 Wow. That is one disgusting nose, it actually looks very, very sore. This raw-nosed mole is the Star Nosed Mole and is actually fairly common in the eastern United States and Canada but luckily for anyone that has a feint heart the ugly mole spends most of its time underground foraging for its primary insect food source. I wouldn’t recommend going swimming in Star Nosed Mole territory however as they are expert swimmers and quite frankly the thought of being chased by one of these ugly moles is quite terrifying! 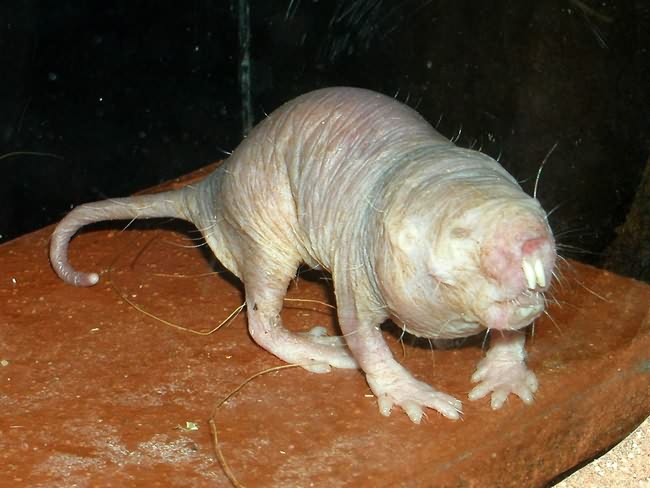 If you see the word “naked” in the same sentence as “mole” or “rat” then odds are its not going to be a very pretty result. So here we have the Naked Mole Rat which just seems to be overkill when “saggy bag of flesh rat” would suffice. This is even worse than the Star Nosed Mole, this disgusting animal luckily spends a lot more time underground than the Star Nosed Mole however and as such has adapted to a life underground where its so dark physical beauty obviously doesn’t count for anything. 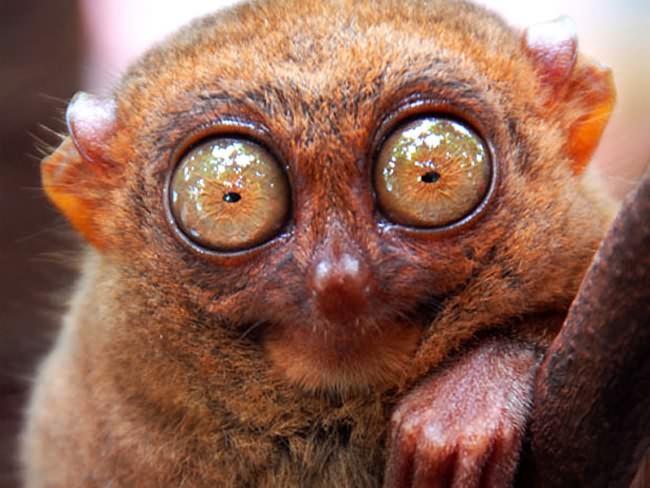 The Tarsier is a primate that feeds on insects, snakes and even birds. This ugly little primate is fairly rare and regardless of numerous breeding programs when held in captivity all fail miserably which is not surprising giving that they are one of the ugliest primates on earth. Tarsier’s have even been known to injure or kill themselves because of stress, its no surprise really, would you be happy if you looked like some kind of deformed Leprechaun? 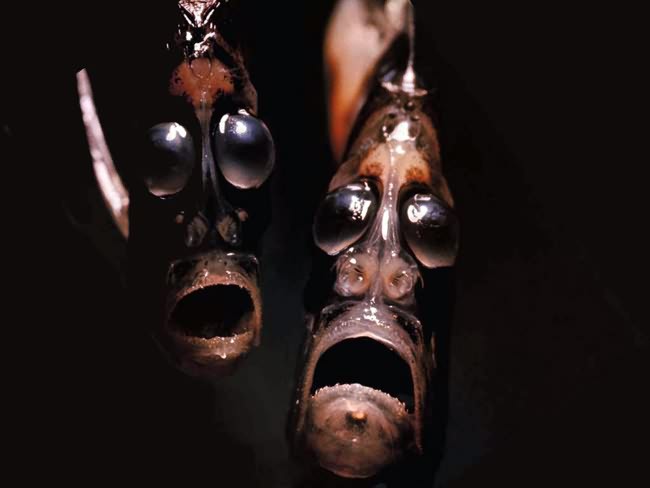 This fish is colored dark on top, pale on the bottom, and silver on the sides. That makes it very difficult to see from any direction, at least underwater. I’m thinking of devising my own clothing line based on this camouflage principle. I’m just afraid it’s going to take a lot of hatchet fish scales to make even a simple trench coat – could be expensive. 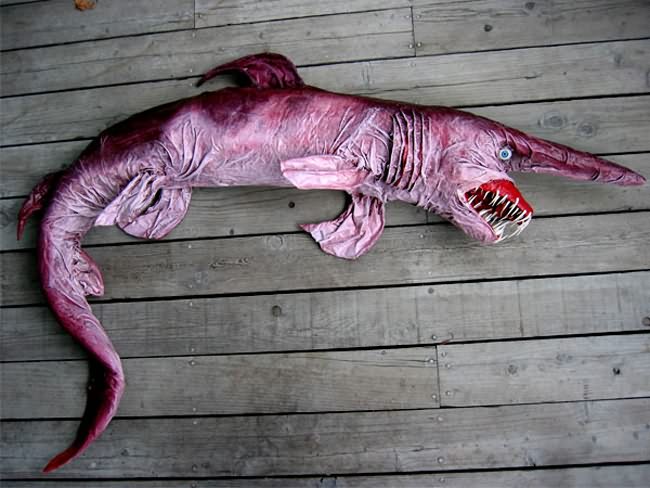 The Goblin Shark (Mitsukurina owstoni) is one of the more hideous looking deep sea creatures – then again, pretty much ALL deep sea creatures are hideous to some degree. Goblin Sharks stand out because, well, because they’re sharks and that adds fear to disgust. They’re also pink, but like Naked Mole Rats, not a cheery, girly pink: more like a feverish, rashlike pink that comes from their skin being very thin and lacking in pigment. That tepid pinkness is really their living flesh, visible through translucent skin. 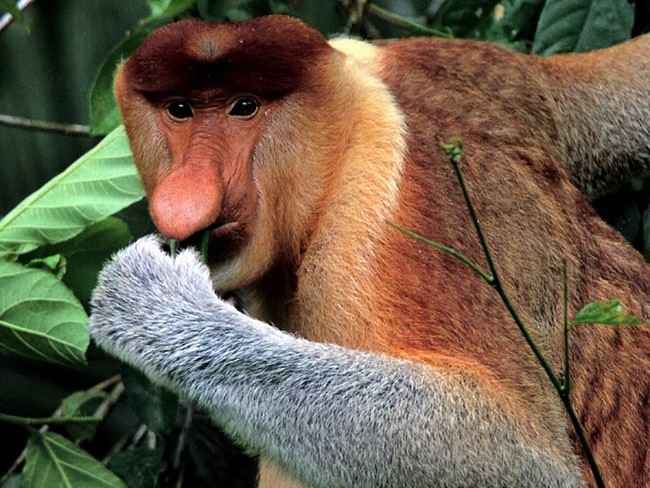 The Proboscis Monkey (Nasalis larvatus) looks much like any other monkey … ahh, wait, that’s a female. The MALE Proboscis Monkey looks nothing like any other monkey, thanks to a nose that makes Cyrano de Bergerac look like Jude Law. The male’s, er, proboscis can grow up to 7 inches in length and is thought to be the male’s way of impressing the female. Oddly, that technique doesn’t work for humans unless accompanied by a similarly engorged bank account.