Frederik Braun and his then-girlfriend and today’s wife were visiting the alpine city of Zurich in July 2000. Sauntering together through the alleys of Zurich’s center, they came across a railway model shop, which at once evoked childhood memories in Frederik. During the following hours, the idea of realizing the long forgotten childhood dream became more and more mature. On the very same day he called his twin brother Gerrit and surprised him with the following words: „We are going to build the largest model railway in the world“. 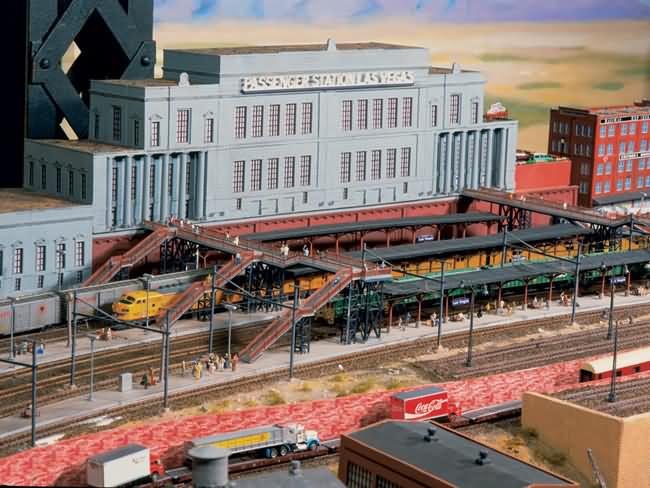 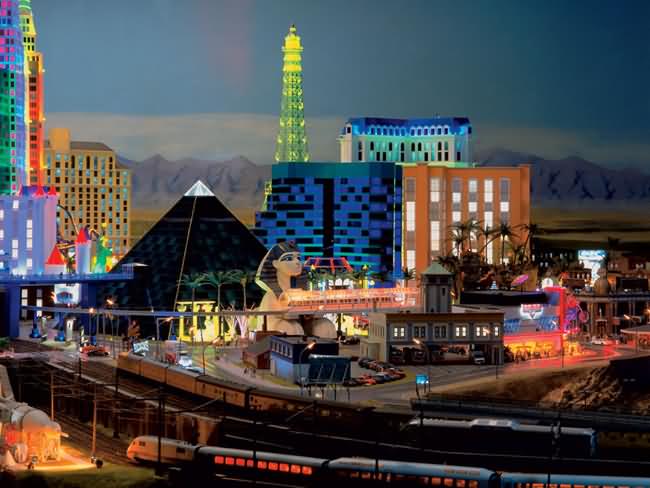 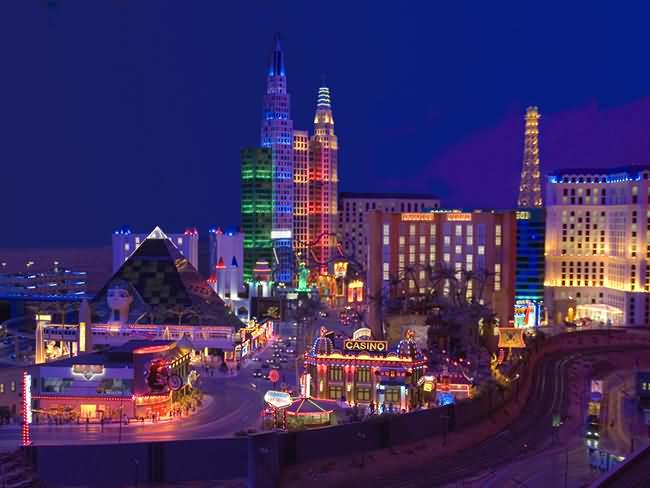 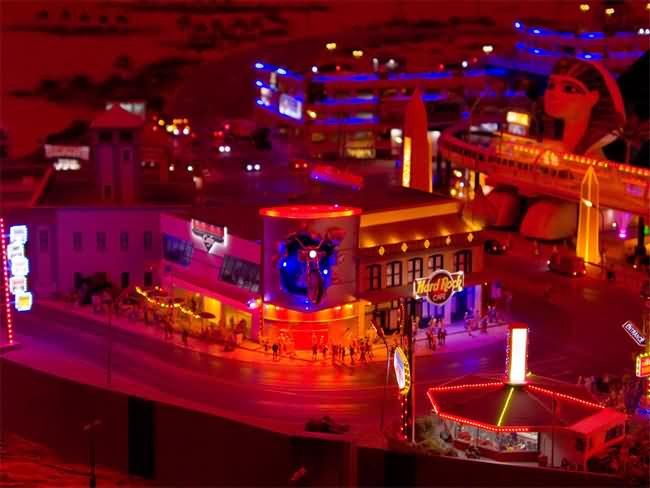 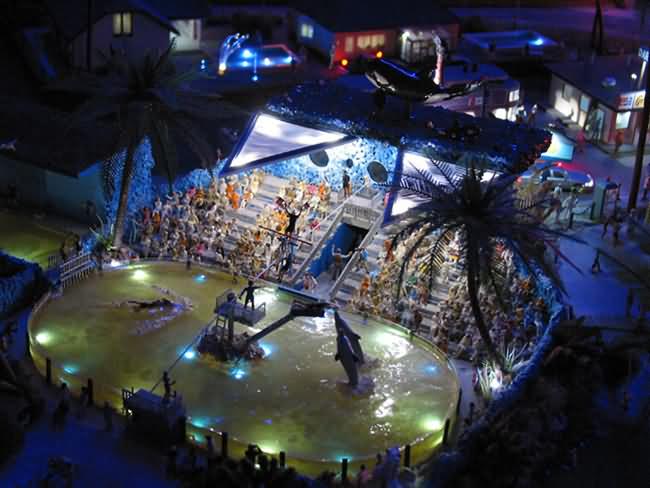 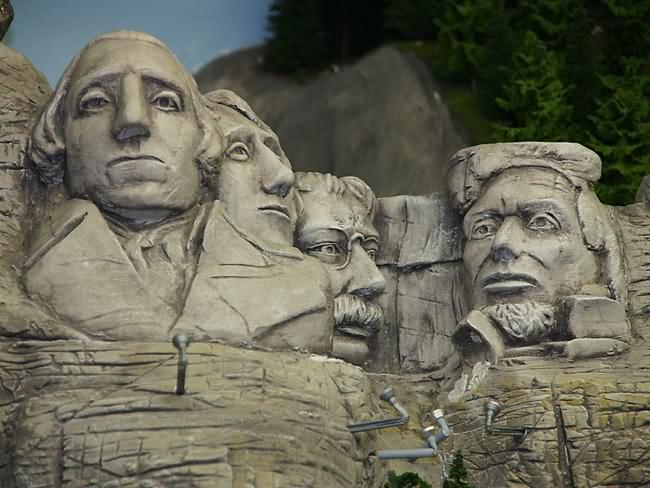 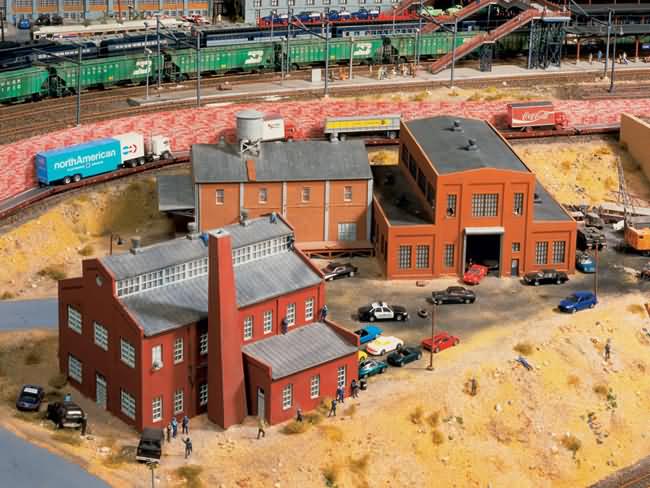 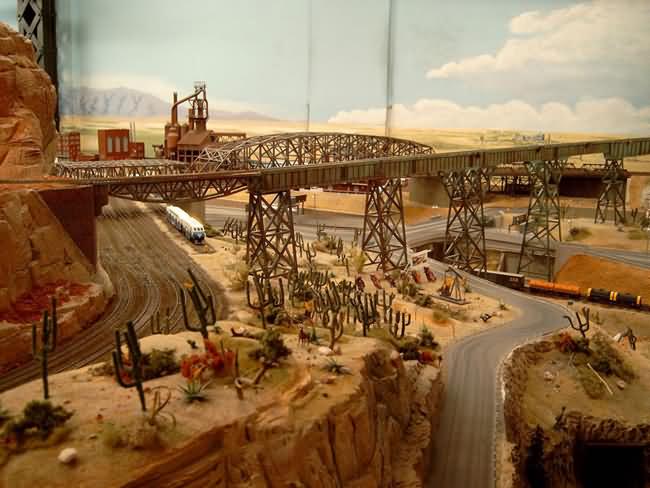 Nine years later Miniatur Wunderland is not just a railroad, and the whole world in miniature, covering an area of 1,150 square meters and includes more than 10 thousand locomotives and wagons, 700 trains, almost 1 thousand semaphores, 4 thousand vehicles, 160 thousand unique figures of people, as well as several ships. Virtually all of the exposition moves and lives its own life: changing the time of day, the streets are lit and extinguished lights, trains, trucks and barges driven cargo, the police catch the offenders, fire brigades are going to call, people walk in the park, and ride the cable car, lunch at lawns, swimming, waiting for the bus to ski. In short, do what they and their prototypes of the larger world.
To create all this, apart from nine years of hard work the brothers took 4 tons of steel, 700 kg of synthetic grass and about $ 16 million. 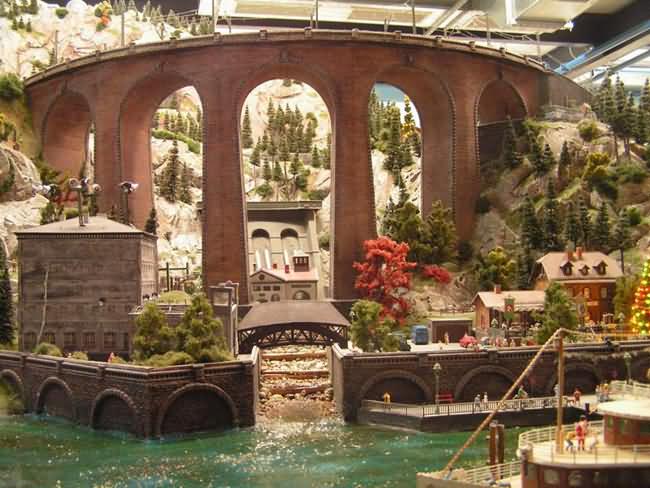 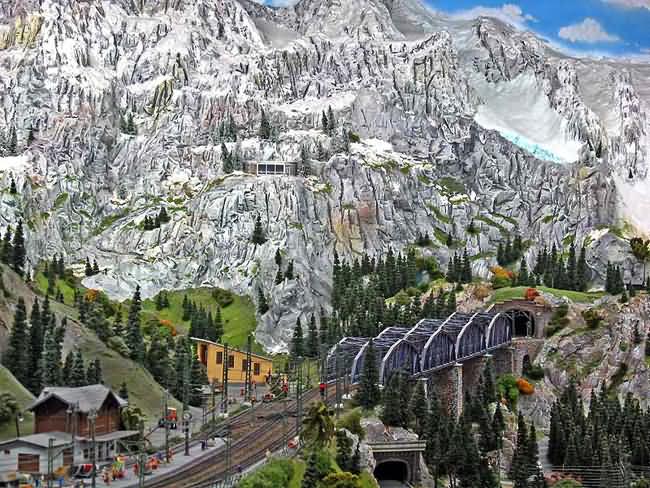 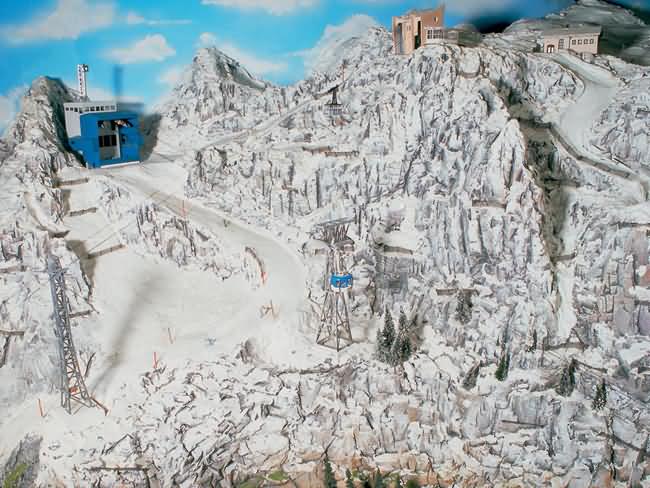 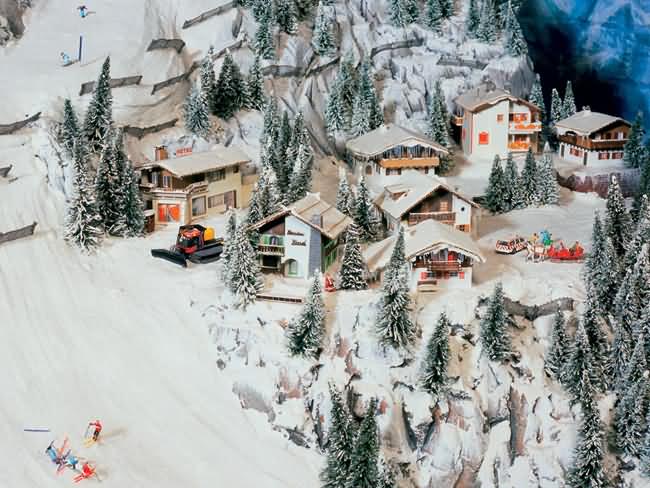 On the roads Miniatur Wunderland simultaneously move hundreds of different car models. For such a high traffic needed a complex system in which computing processes occur not only in the host computer, but in each miniature car. In Miniatur Wunderland present as vehicles moving on a cyclic route (garbage trucks or buses, for example), and machines that have no destination. At every intersection or turn the machine itself decides where to go. True, before that she said mainframe of his intentions, and he helps her to make the maneuver without getting into an accident. This system works when the machine is, for example, is preparing to leave on the highway. At the same moment, another car may decide to reorganize in the left lane and provoke a clash. Coordination by the brain computer avoids such situations.

Hamburg in the Wunderland 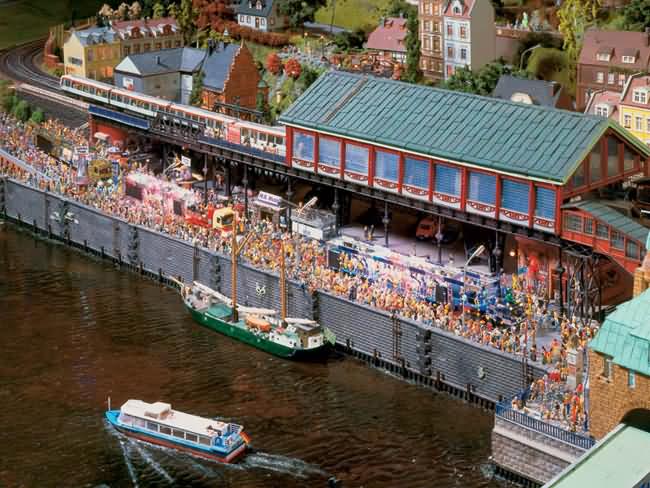 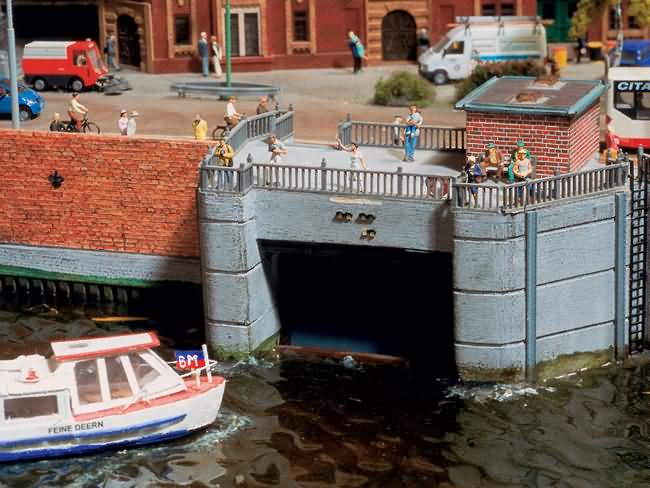 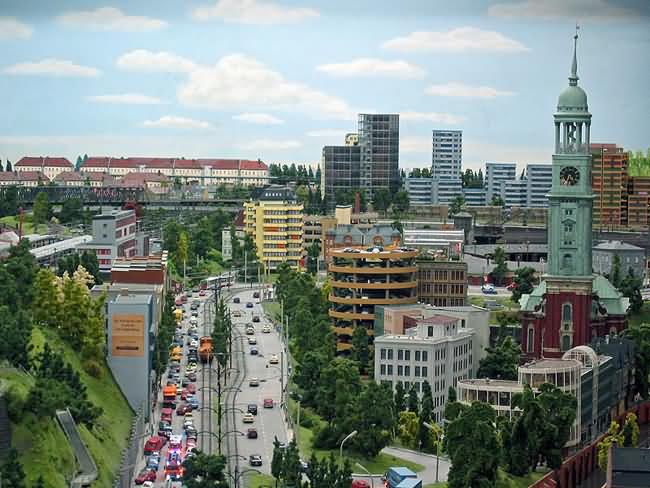 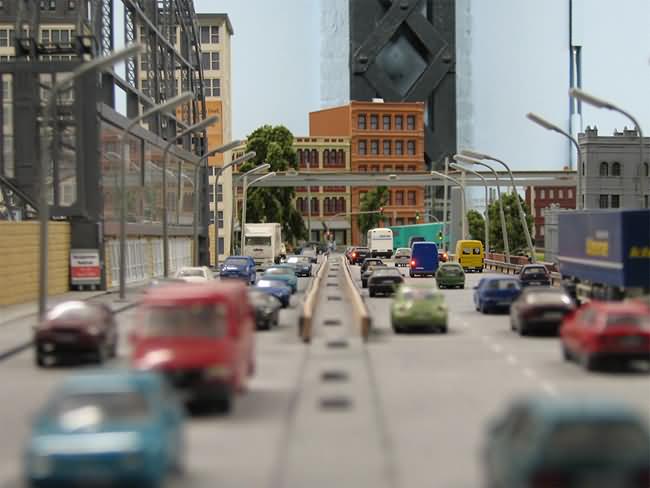 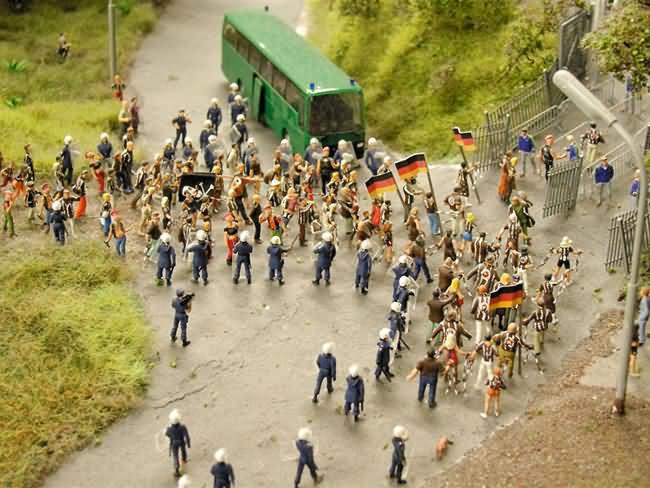 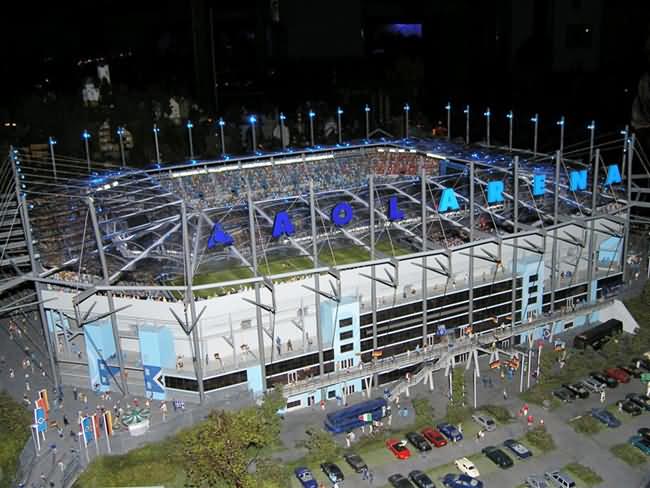 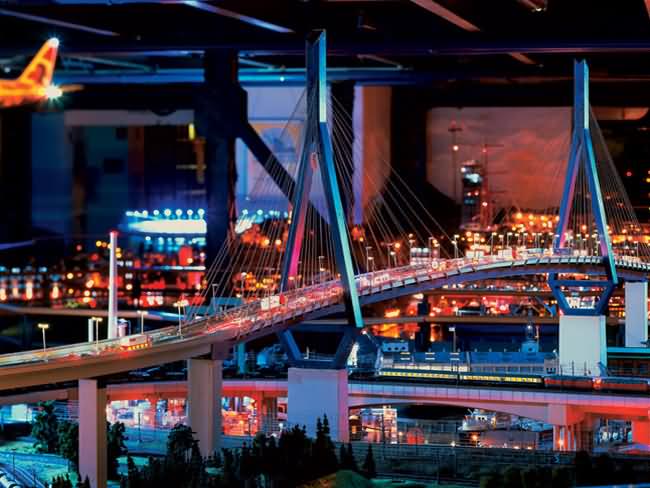 Serious difficulties have arisen with the developers to create ships that could not only yourself walking on the waves of water Miniatur Wunderland, but approaching, and sailed in automatic mode. Navigation system with which models of ships moving “on the high seas” is not suitable for the process of docking, because it is not accurate enough. To ship docked without physical damage, according to the site miniatur-wunderland.com, requires a precision of 1 mm. Only such data accuracy will calculate the location of the vessel and its speed – the parameters critically necessary to complete a successful maneuver.

Knuffingen – Home to the Carsystem 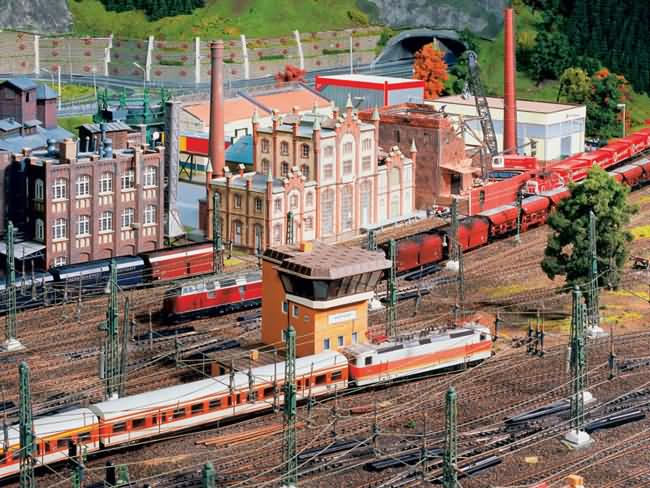 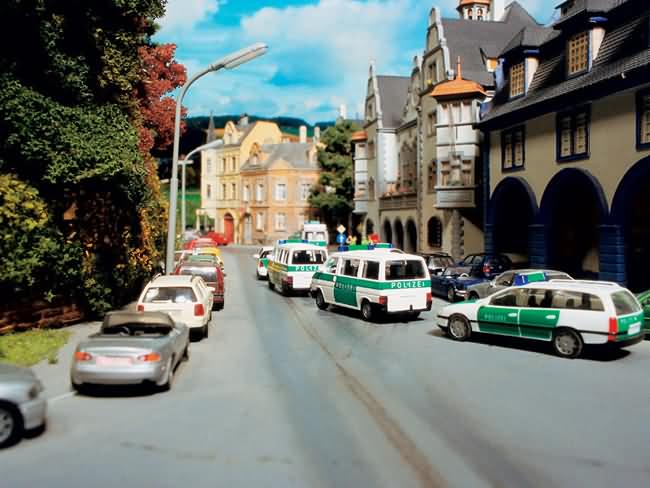 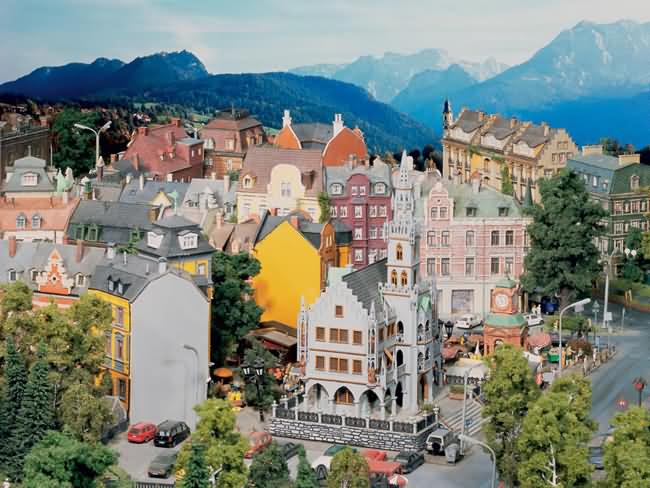 Initially, the developers have tried to use infrared cameras are the same as those used for fixing the photo finish in sporting competitions. However, the different height of ships and water levels, the optical distortion of lens flare and other factors required writing too heavy software which to record all adverse factors, this would require a supercomputer. In the end, after writing a 15 thousand rows, this method was discarded as unsuitable. Then it was decided to use ultrasonic devices for maneuvering. After a series of trial and error, the developers have created an algorithm by which the system makes eight measurements per second and comparing them, finds the average result, the accuracy is acceptable for the implementation of the filigree of sea maneuvers. Simultaneously, the system has been developed using infrared and laser light, which can provide accuracy up to 0,6 mm. Software to work with these systems is almost complete. Now it includes a more than 75 thousand lines of code and is about to be introduced in ships sailing in the waters of Miniatur Wunderland.

Pictures of the Scandinavian section 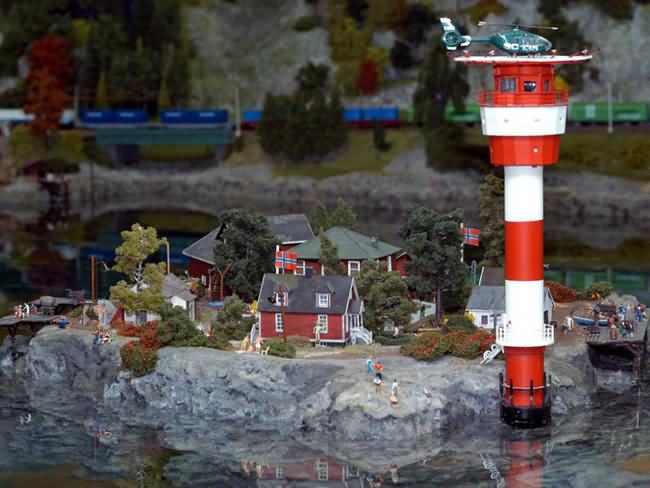 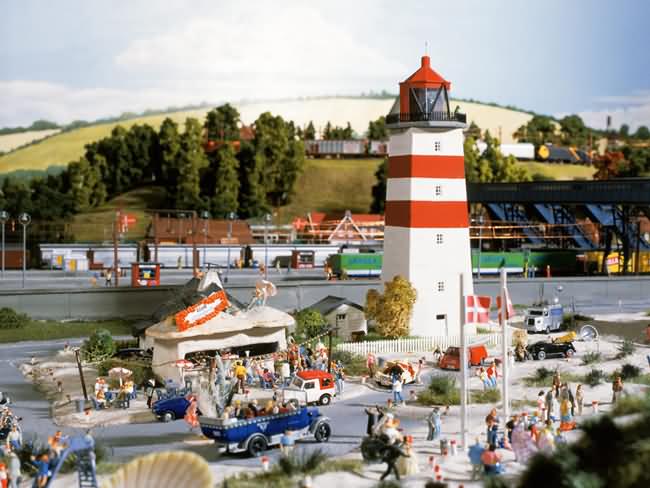 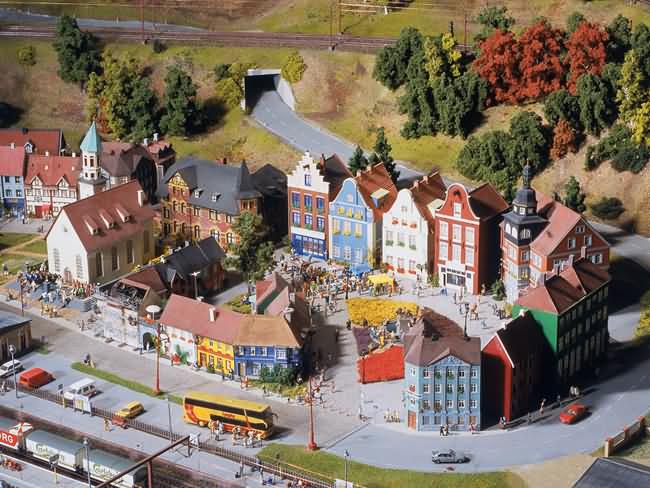 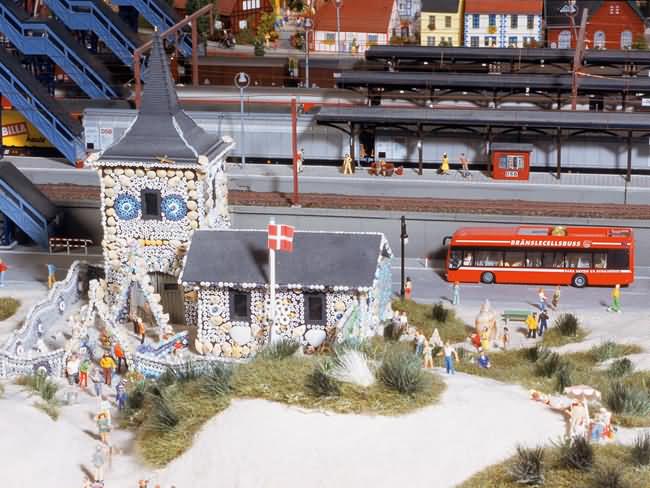 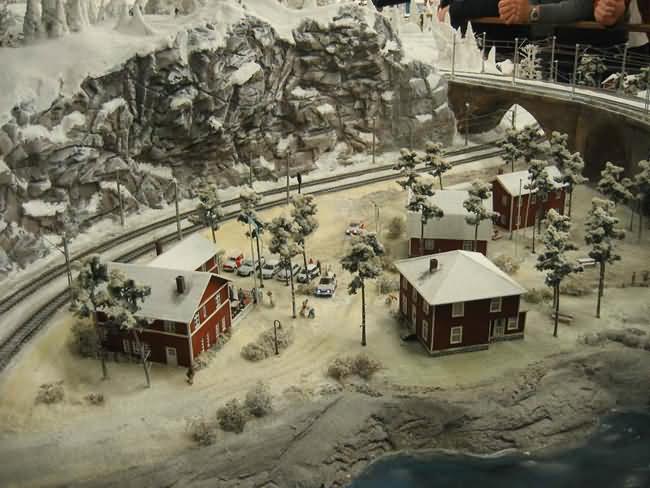 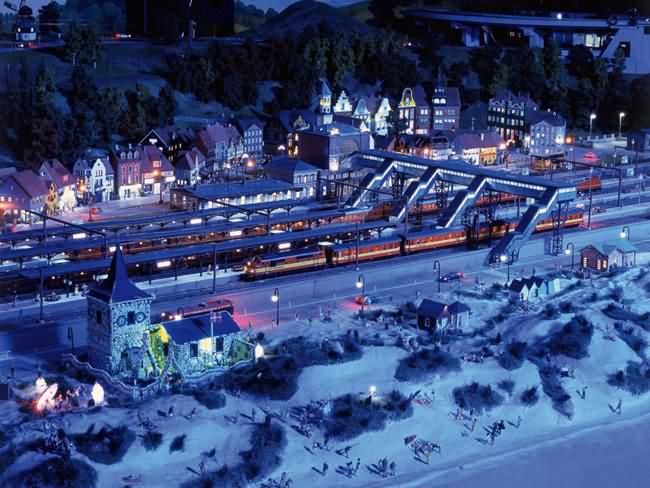 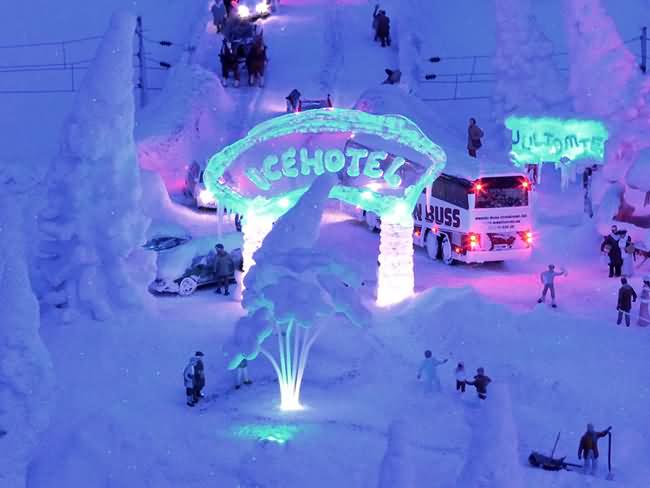 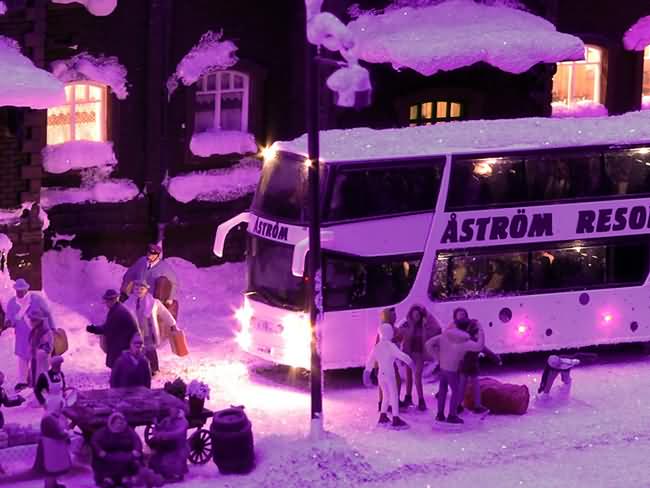