There are usually two types of answers when it comes to this question: “I’m an expert, I’ll show you right away, anything you want” or “I think I’m good enough, at least when it comes to my country”. Well, how long has it been since you’ve checked? At the end of the last year, students all over America and UK were asked to label countires on the map. American students were asked to label the blank map of Europe, and students from the UK were asked to label countries in the blank map of America. Of course, there is a difference between labeling states of one particular country versus labeling countries in a continent, but the purpose of this research is clearly questioning the knowledge of students.

Here are the results. On the first 12 photos are the results of English students labeling the map of America, and … well, at least, all of them knew where Texas is. Half of them had no idea where New York is, and instead of Washington many of them labeled Nebraska or Alaska. Some of the UK students even labeled Canada as a part of the ocean, yet, there were countries labeled with “nobody lives here”. Before you judge those guys, let’s take a look at the American students and their results in Europe. Sure some people were probably goofing around and not taking the request too seriously, and some of them were feeling guilty for the lack of their knowledge in geography, but these results shows that they have absolutely the same amount of mistakes as the UK students. All of them knew where France and Spain are, but Germany was a bit of a problem. When it comes to the West Europe they knew the names of the countries, but most of them located it wrong. East Europe, well there is a lot of Russia there, or former communists, and the place where Borat lives. Funny right?

These people are “glad to see that college have paid off”. If you consider yourself as an expert, maybe you should check yourself before laughing out loud, some of the countries are really hard to find on the blank map, and some of them have changed their politics and have become independent. So, at the end of the results of American and UK students you will find blank maps … good luck! 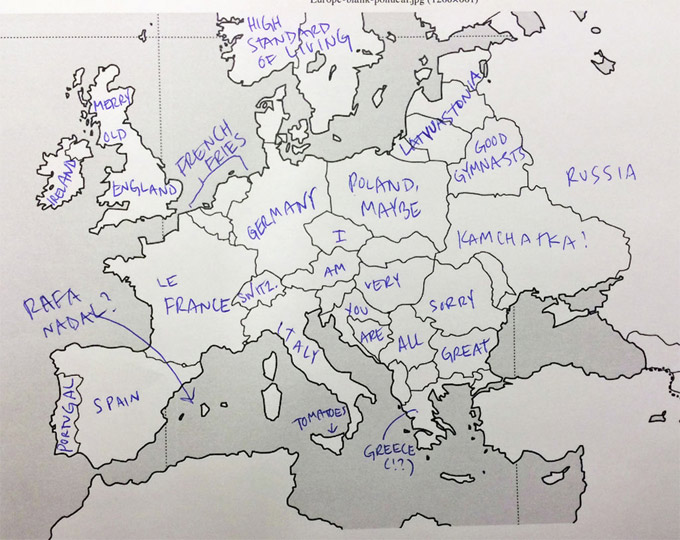 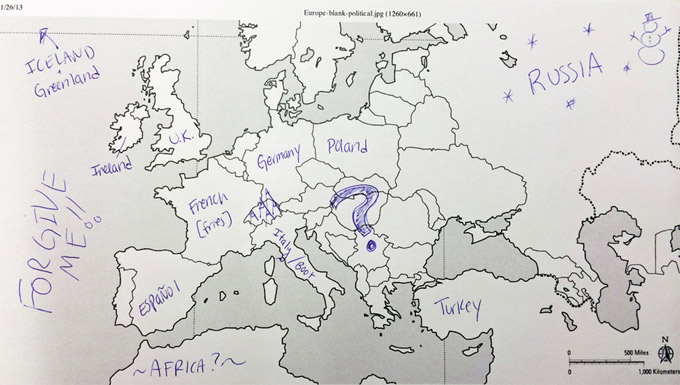 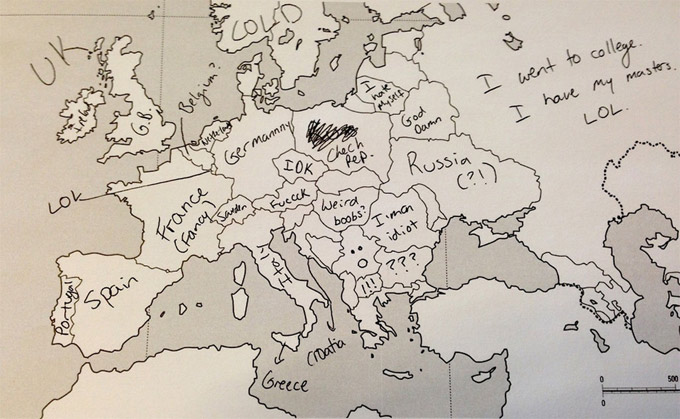 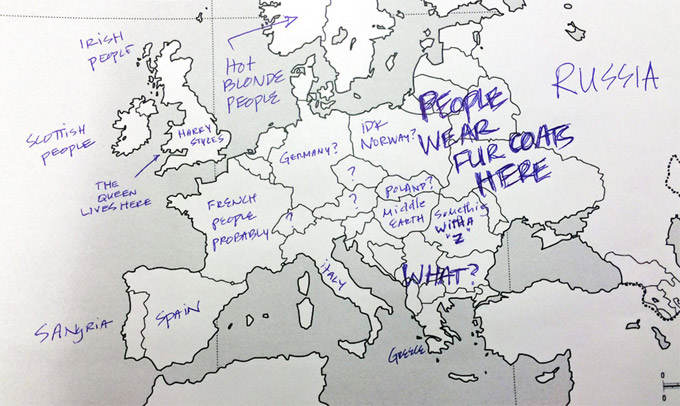 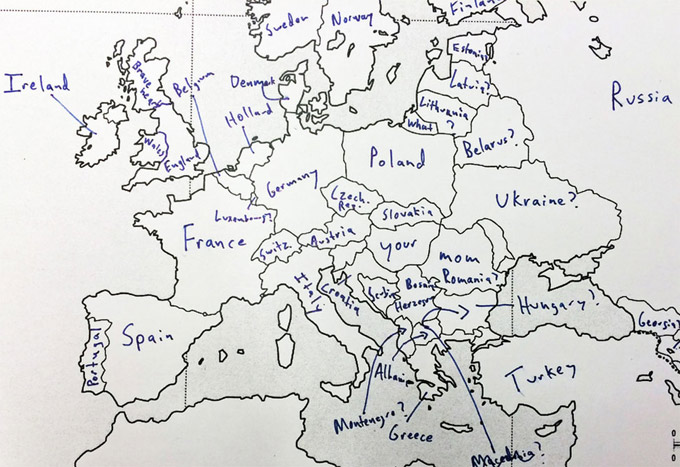 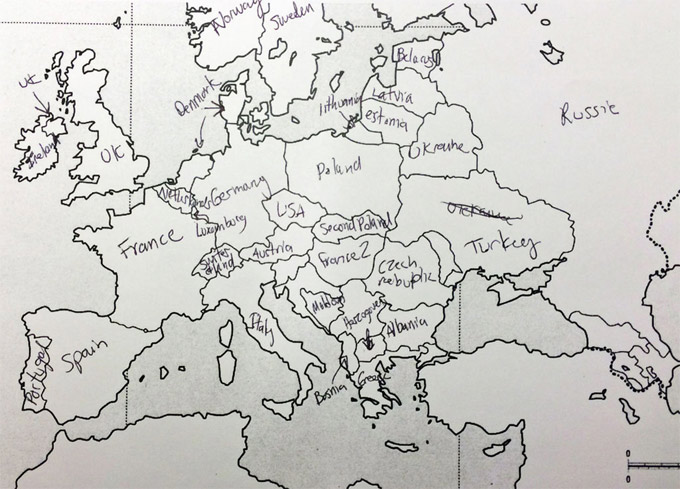 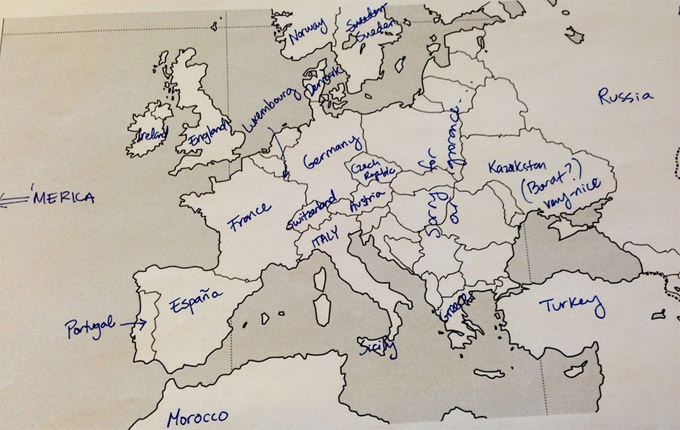 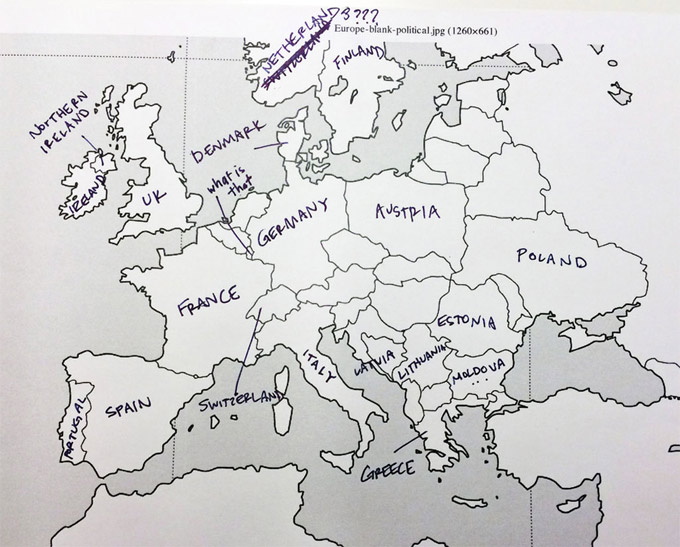 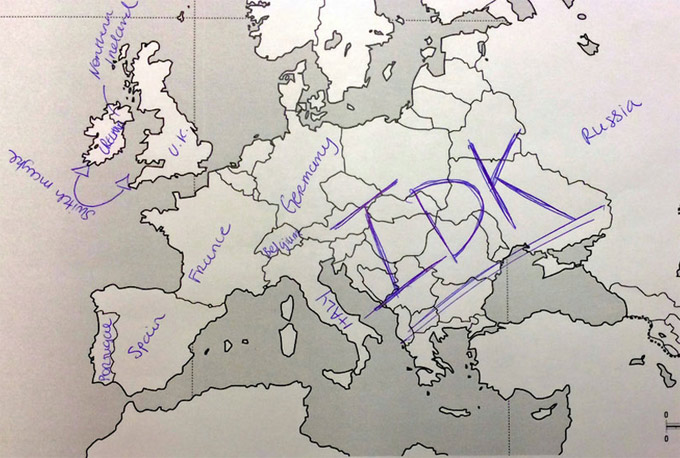 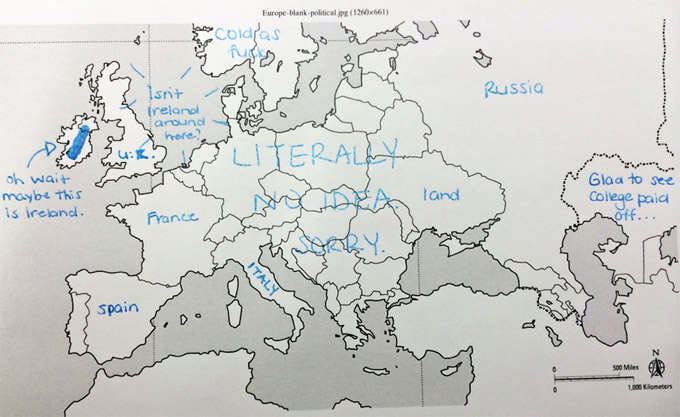 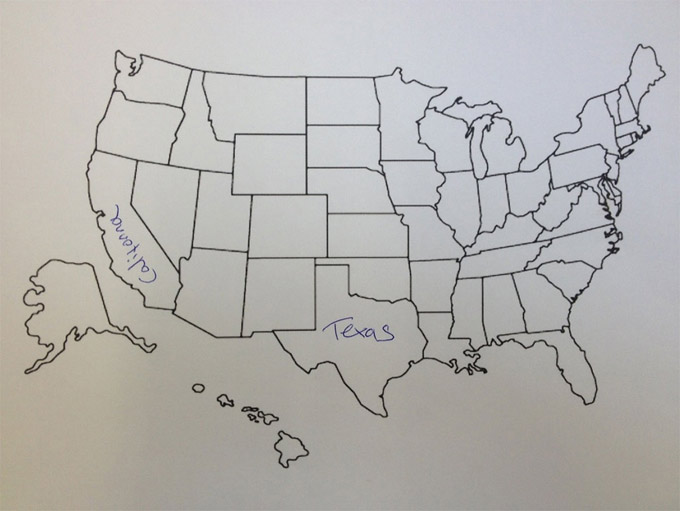 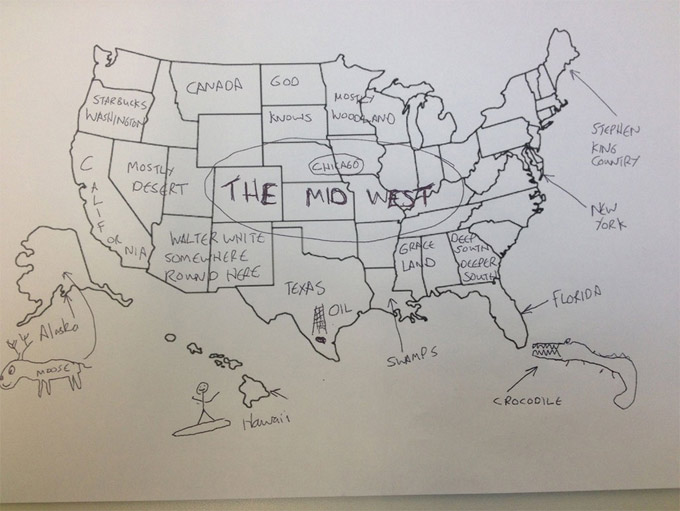 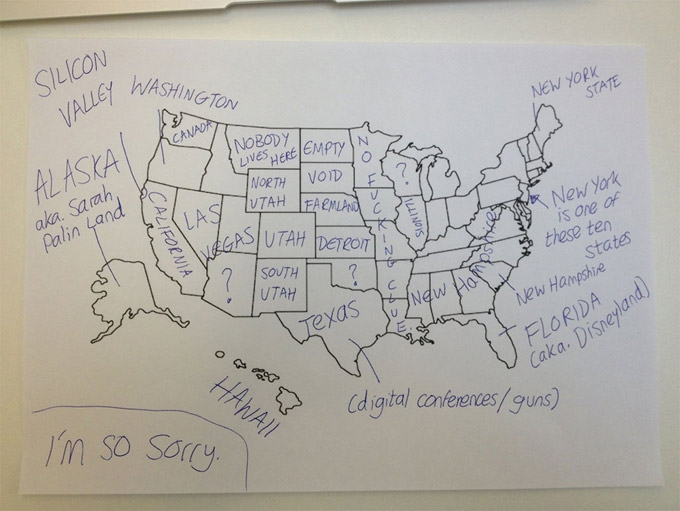 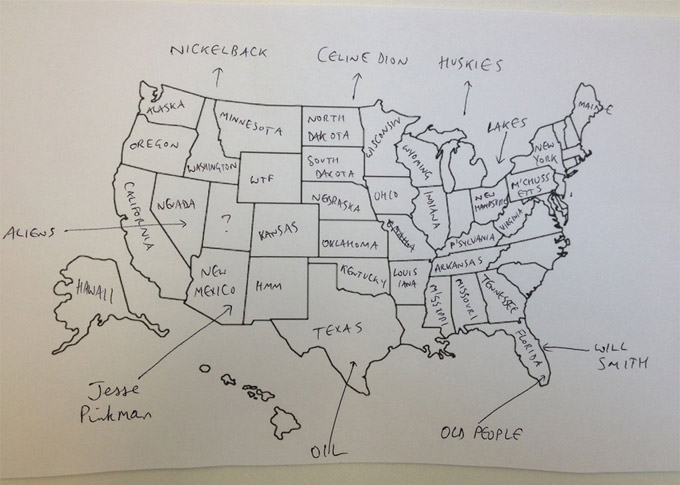 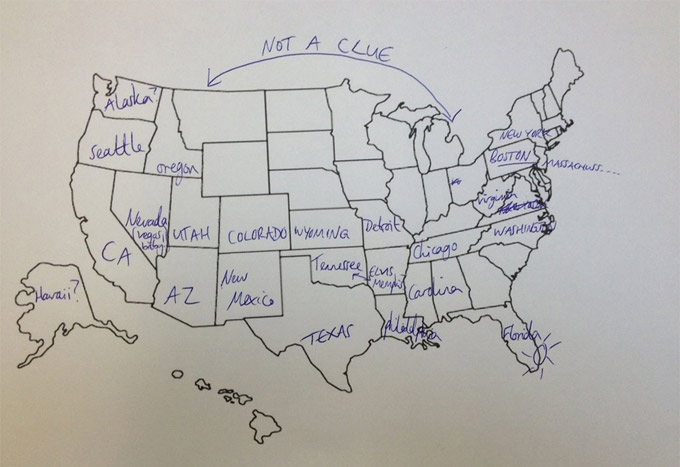 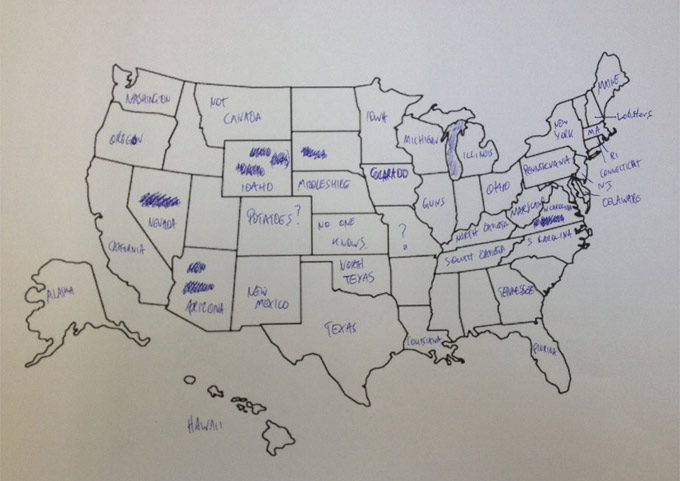 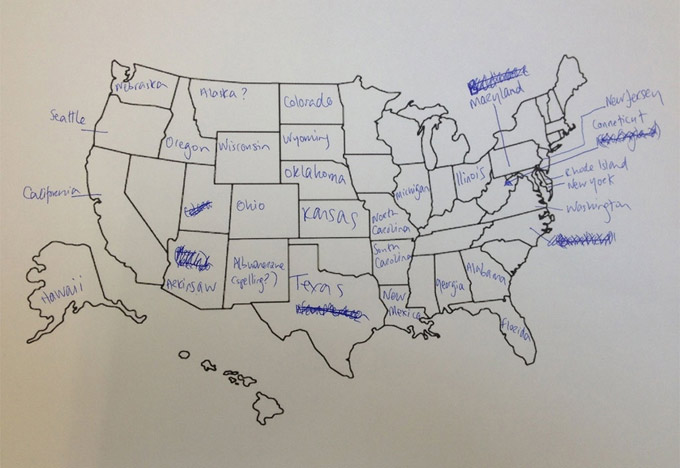 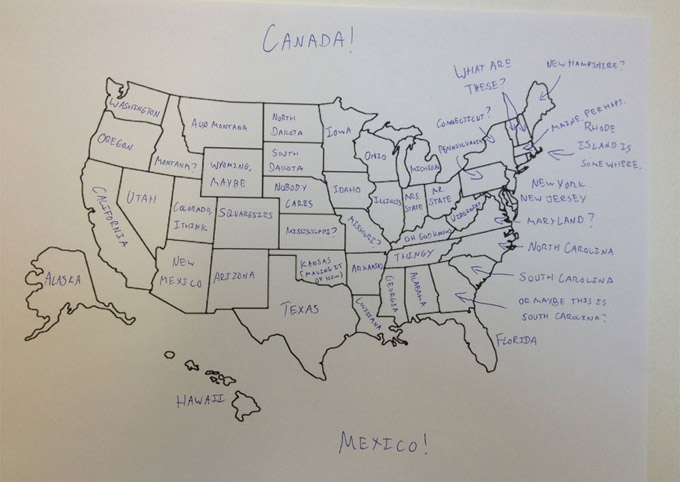 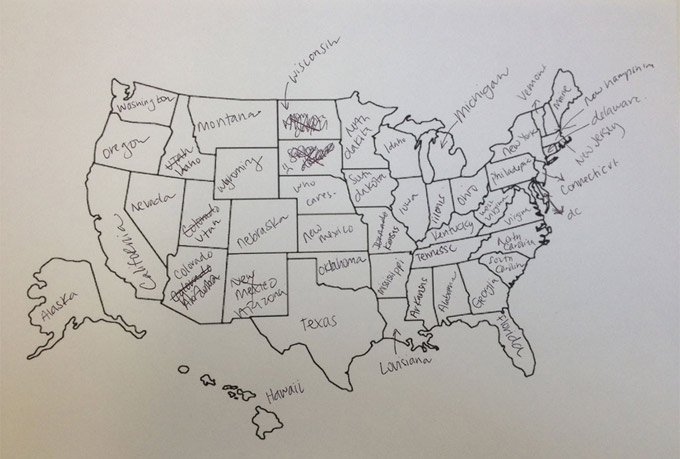 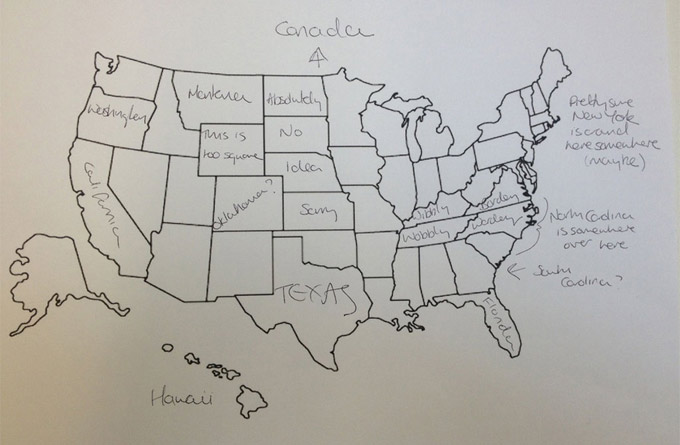