What happens when science catches up to all that cool technology we’ve seen in movies? Are bizarre Hollywood creations simply fiction or a sign of things to come? With so many superhero movies around, such as Spiderman or Hulk, we are used to see people with special abilities in fiction. But people with amazing abilities actually do exist in real life and here are the greatest superhero technologies, gadgets and powers that actually exist.

If you had the powers and ability far beyond those of mortal men, to become a Real Life Superhero as it were, what abilities would you choose? 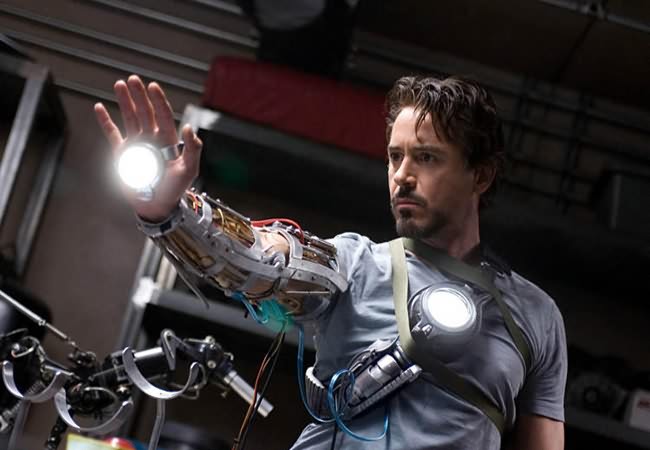 The Technology: This awesome exoskeleton, coined “Iron Man” by its developers serves the purpose of increasing mobility and strength by basically using basic robotics to enhance/multiply whatever movement the soldier is making. This means that if you give a punch that would lightly bruise someone, the suit would make it so that the same punch would go through thick wood planks or someone’s face.

Dubbed the XOS 2, the exoskeleton is used primarily to lift heavy objects, its ratio being that a 50 pound weight will feel like 3 when using the exoskeleton. Being designed for the military, the XOS 2 will give soldiers better mobility along with naturally being able to carry 200 pound weights on their backs with little to no effort. This includes the ability to lift up rockets and rocket launchers like they’re shotguns, which means that we would be that much closer to developing real Mechs. Lifting extremely heavy munitions, food and other military supplies will be the primary function of this suit… at least for now.

The most interesting part about this whole thing is that it basically makes even the weakest soldier the strongest one on the field, due to the lack of effort needed to use the suit, as it is mainly a strength enhancement suit. Mark my words, in 2030, Exoskeleton Baseball WILL be a sport. 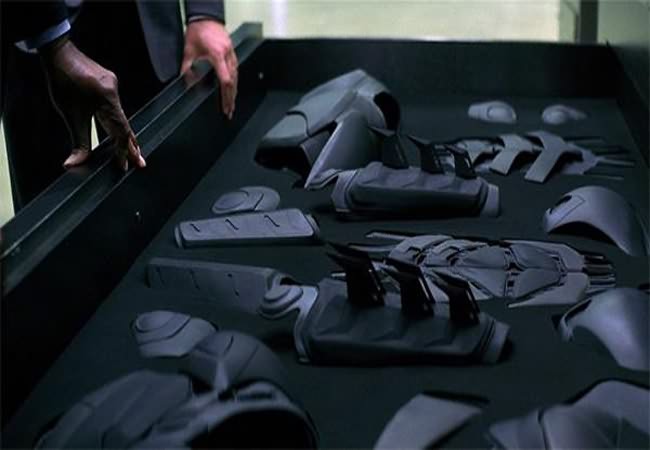 The Superhero:
The Superpower: A ridiculously expensive suit that is not only bullet-proof, but extremely light, agile, comes with an insane amount of Terminator-like visual displays and still allows people to run and flip around like an acrobat.

The Technology: Inciting a pattern of military spending on superhero technology, here is the Air Force’s gift to the Batman mythology: BATMAN, or Battlefield Air Targeting Man-Aided kNowledge.

Besides the effort put into the name, the project is an attempt to modernize the gear commandos take with on combat missions, the overall aim being that the gear must be “lighter, smarter, deadlier” and more covert just like Batman’s. While a soldier usually has to carry 160 pounds of equipment, the BATMAN enhanced tech can decrease the payload and ensure more agility. So like all that cool Batman electronic technology we see in the movies, the soldiers here have a small computer near their chests that tells them their logistical position and what tactics they can implement for any given situation. That’s right, it’ll even include awesome communications gear, badass helmet displays, a headset (of course) and a computer.

In case these new Dark Knights run out of juice, though, the suit also creates the option of refueling with the Bat Hook. A hook is thrown onto a power line and the hook slurps down power to keep BATMAN alert at all times. If they could combine their technology with this awesome real-life utility belt that an MIT student created, they would be well on their way… now just to keep tabs on the richest men in the world who don’t look turtles who’ve lost their shells. 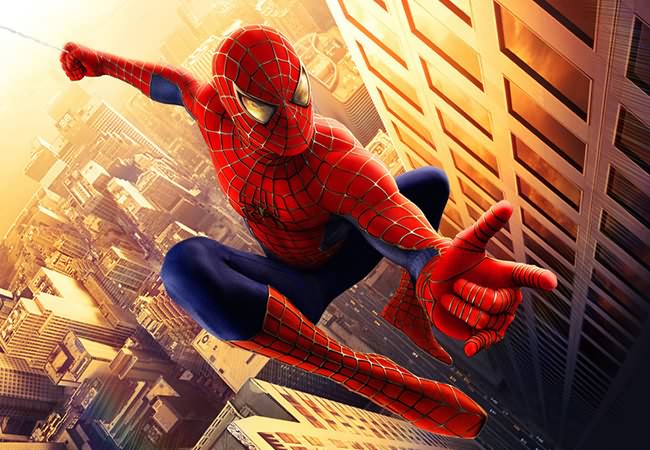 The Superhero:
The Superpower: The power to walk up/climb walls via his hands and feet.

The Technology: Engineers at Cornell University, in New York, have apparently invented a great palm-sized device that uses the surface tension in water to make a reverse-adhesive bond to stick to glass, wood and brick.

They’re getting close in transferring this to gloves and shoes that will allow the bearer to climb up, Spider-Man style, the flattest of surfaces. The technology was actually inspired by a Palmetto tortoise beetle in Florida that uses the surface tension from tiny, pore-sized droplets of secreted oil at the top of its legs to climb up and stick to surfaces. So basically, they are looking to insect technology to make a Spider-Man type weapon/gadget, who would’ve thought, right? They found, though, that the more holes they had, the stronger the suction got. These holes, if made even more tiny (1000x the width of a human hair, to be exact) would have the suction power to hold an entire person.

But would they unstick? If the force is strong enough to hold a person, wouldn’t you jerk back so hard that not only would you unstick, but fall off whatever building you were climbing? Well, no, because the scientists were actually able to use that electrical field to reverse the suction, thus becoming unstuck on demand. Just like Spider-Man. The gloves would work by using an electrical field to pump small amounts of water through microscopic holes. 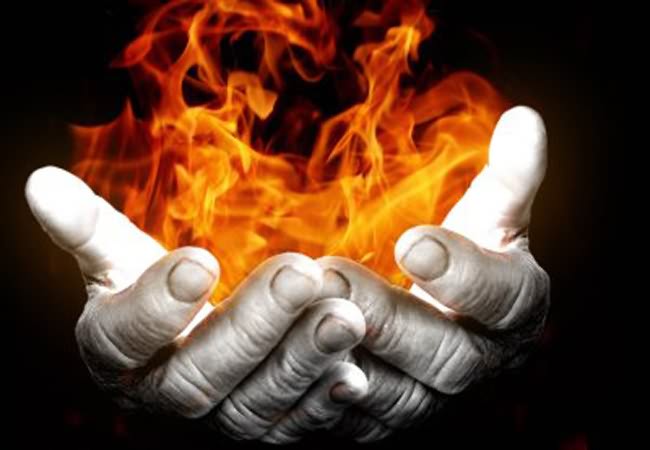 The Superhero:
The Superpower: Controlling heat/fire and emitting it at will, aka Pyrokinesis.

The Real Life Superpower: A Qigong Master uses his Chi energy to create heat using minimal friction and is actually able to steam water using his hand without even touching it. He uses heat healing to help people with back problems.

Using an infrared camera, Ripley’s Believe It or Not, shows the man’s hands directly applying heat to objects using nothing but his bare hands. He can increase and decrease the heat of water, or any moist object, at will. He was able to, using only his hand, generate heat of up to 200 degrees Faranheit. He can heat a water on a damp towel to 10 degrees below boiling point and actually walk on suspended sheets of paper without breaking them because, according to him, he makes himself lighter by focusing his energy. 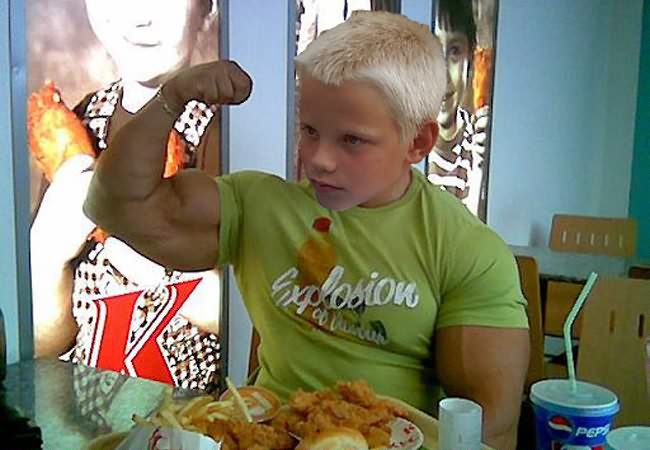 The Superhero:
The Superpower: Super strength, impenetrability via genetic mutation.

The Real Life Superpower: A rare genetic condition is giving 3-year old Liam Hoekstra, Michigan, the ability eat like a horse and not gain any weight whatsoever, lift large furniture that most adults would have trouble lifting and increase in muscle strength by just living out his normal life. At 3 years old. He’s a toddler.

His condition was first suspected when he was able to walk at an early age… just how early? 2 days!!! The child was able to walk after only 2 days of life. He can also do the Olympic move called the Iron Cross where they hold themselves up with only their hands. The genetic disease/condition that the kid has is called Myostatin-Related Muscle Hypertrophy. There have only been 100 cases of this in the world.

There’s a defect in his genetic code that allows for excessive muscle growth. So the defect blocks the antibody that usually inhibits muscle growth in the human body, so it’s almost a double-negative situation where the disease blocks the blocker, therefore giving the child incredible muscle strength. There are no medical downsides and his heart will be unaffected. The only downside is that he eats 6 enormous meals a day. He also has a six pack, without even really working out, and looks otherwise no different from other children, his muscles are just that much stronger.

So medically, if they were able to replicate this condition it would be open to abuse from athletes, but also open for extremely important use by people with diseases like muscular dystrophy. 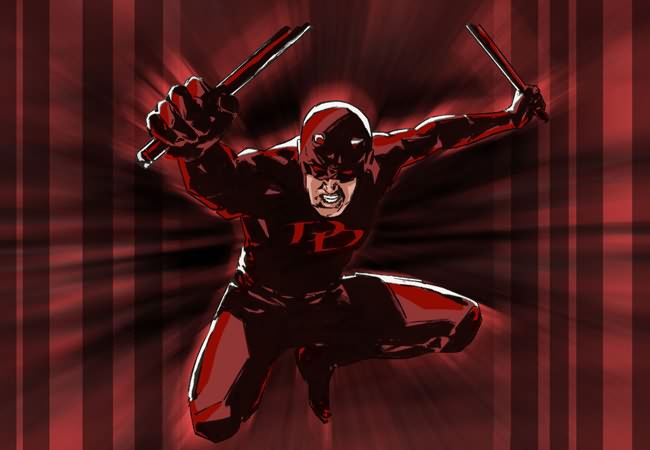 The Superhero:
The Superpower: Sees using only sound, and can therefore “see” />
The Real Life Superpower: Ben Underwood is a blind boy whose eyes were removed (he lost them to cancer) when he was three leaving him with absolutely no vision at all.

He can play video games, he can shoot a great game of basketball, he rides his bike around town Sacramento and even rollerblades every now and then. He can also find objects around the house for his mom. Ben uses many aides for the blind, like a braille keyboard and sound software for the blind to use computers. But according to this report, it’s what he doesn’t use that makes him remarkable. He doesn’t use a seeing eye dog, or even a cane. He emits a moderately loud click with his mouth wherever he goes, which allows him to use the bouncing off of the sound to “hear” his surroundings. He can “see” walls, couches, desks, stairs and anything else around him. This allows him to move around like someone who could see. This isn’t “easy” or even possible for normal people.

He is the only person in the world who “sees” using only echo-location, kind of like a bat. Now all he needs to do is become a lawyer (like the Daredevil in the comics) and make sure the Ben Affleck doesn’t get the rights to his life story. 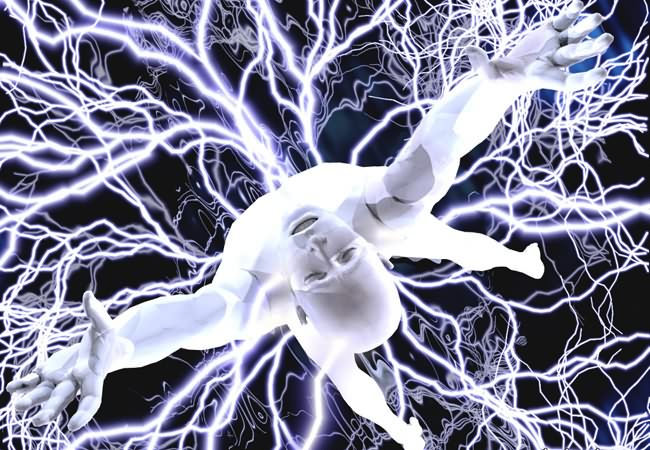 The Superhero:
The Superpower: His skin/body can not only absorb, but then conduct electricity.

The Real Life Superpower: According to the Beijing Sci-Tech Report, a man named Ma Xiangang can fix electrical circuits by using his bare hands. He doesn’t wear any safeguards, gloves and doesn’t “coat” his hands in anything. They say: “he can hold a positive wire in one hand and a negative wire in the other and a bulb will light up”.

Of course, anybody could do this with enough electricity, but they would most likely die or at least convulse. Like most superheros, he discovered his power due to an accident, when he saw that the television he was watching with his wife broke. He went outside to check on the wiring and found a broken wire that he started picking at and then touching and twisting. After he pulled on the wire for a while, he realized that the line was actually live and could have shocked him severely. He realized that this was not normal and the boldly touched the power line harder… and he was still not affected. Apparently he can bear 220volts without any damage to his body, which is incredible!

His powers stem from his horribly, horribly dry skin. Apparently, his hands are much rougher and drier than a normal person’s, which allows his skin to act like a pair of insulated gloves. His rough, thick skin prevents most of the electricity from entering his body, which means that what does get through he absorbs and can then pass through a part of his body. After learning of his power, he became addicted to touching electricity and then learned to control the voltage passing through his body. He now uses his “super power” to conduct electrotherapy and massages.