Pictures from our childhood are the one thing that we keep for ourselves and they have this special meening that only our family knows about. Those photos are usually at your parents or even grand parents house so that is not something you see every day. But when you spot your own photo at your grandmothers shelf it turns your day into searching old albums and remembering the old memories. You probably know that feeling, especialy if you have brothers and sisters to complete the story that you have forgotten.

Luxton brothers knows the feeling, but they weren’t just trying to evocate the old memories, they recreated them! Those two silly brothers took the camera and started making new memories, actually recreating the old ones, in a funny way. The situations, details and the face expressions are exactly the same, except, guys are at least twice bigger than they were. The thing is, they aren’t alone in this whole idea. On some of these hilarious photos, even their dad was involved in fun. Also, the idea was to make their mother smile, as they said “Basically we made a calendar for our mum for her Christmas present of photos of us recreating old photographs that we found of ourselves”.

Paying special attention to the wardrobe, is what makes these photos so funny. Also, the face expressions of babies on a bearded men is priceless. Depending on your take, the one where one of the brothers is sleeping on his dad’s lap is especially funny… or creepy. These guys will make you laugh out loud with their recreations and sense of humor. So let’s take a look. 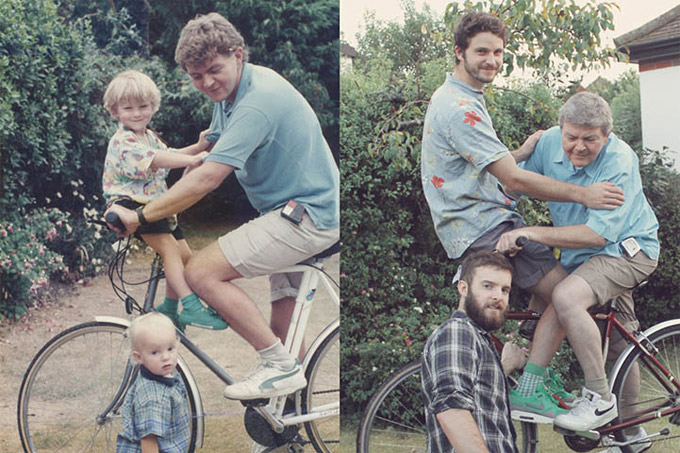 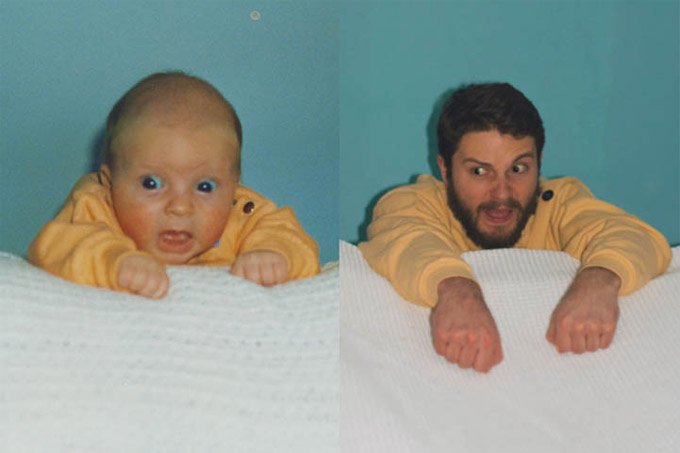 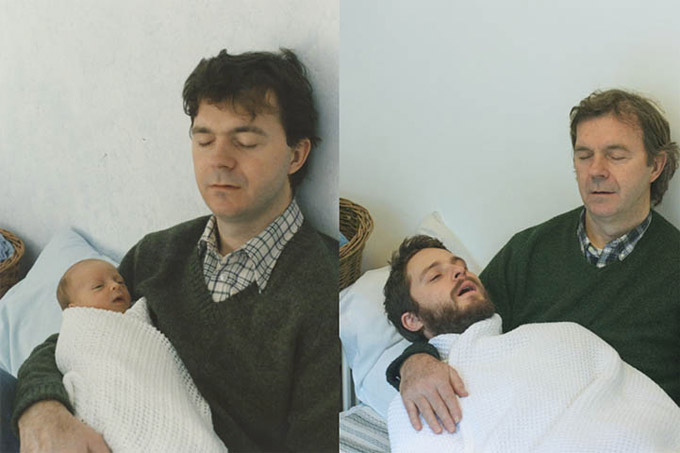 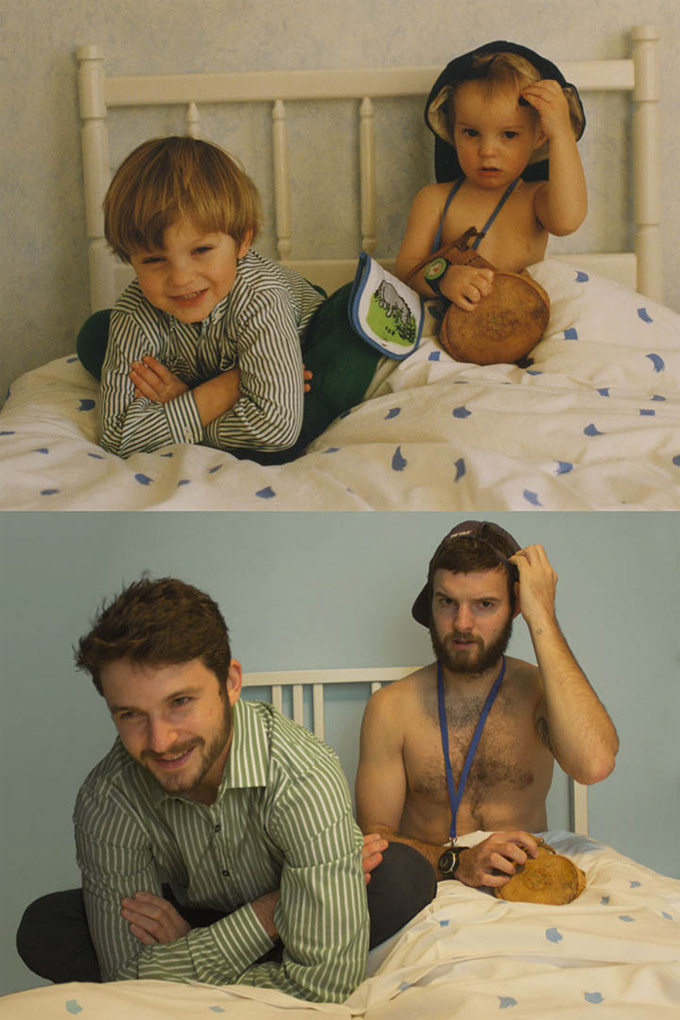 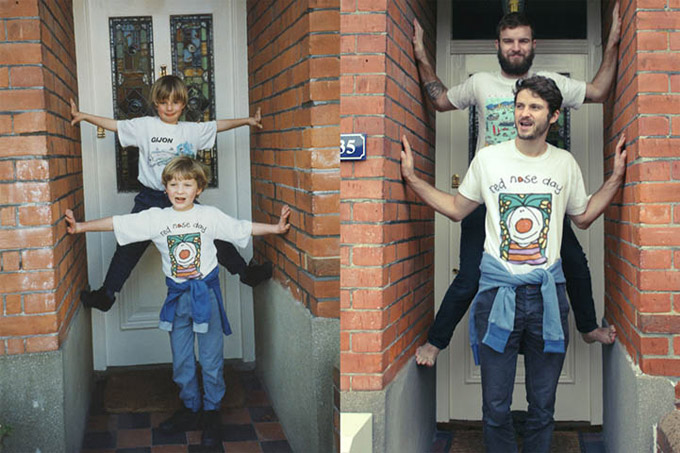 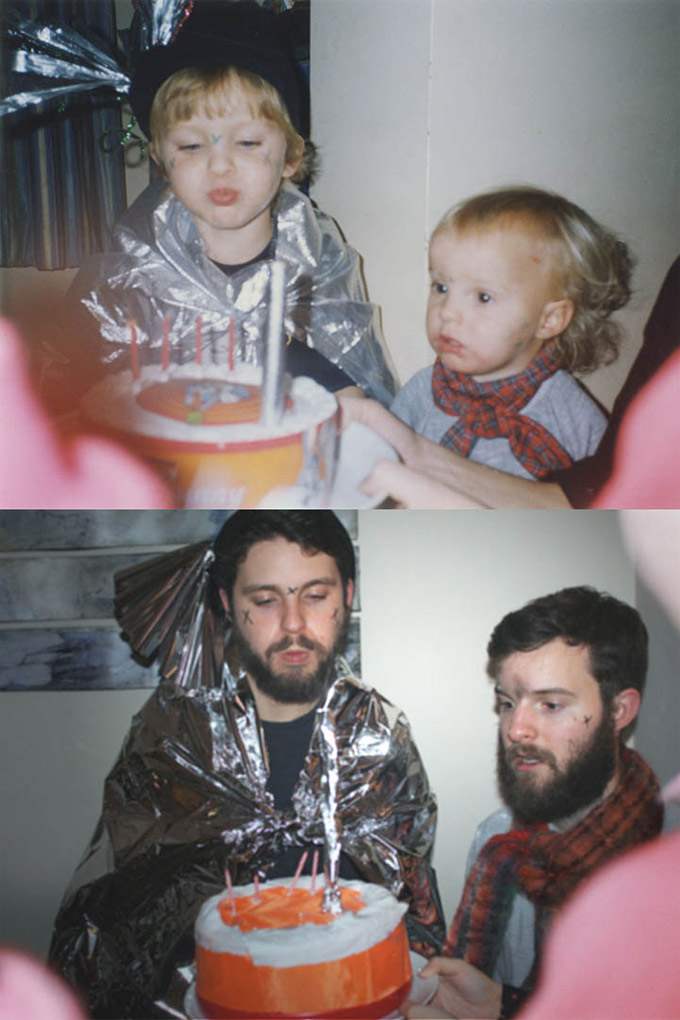 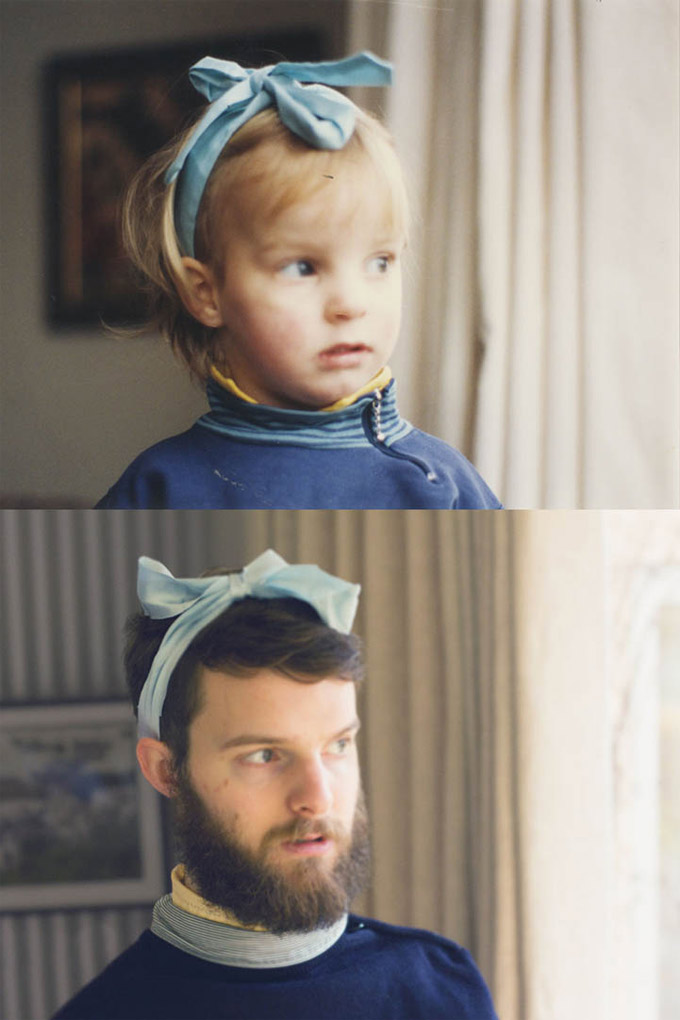 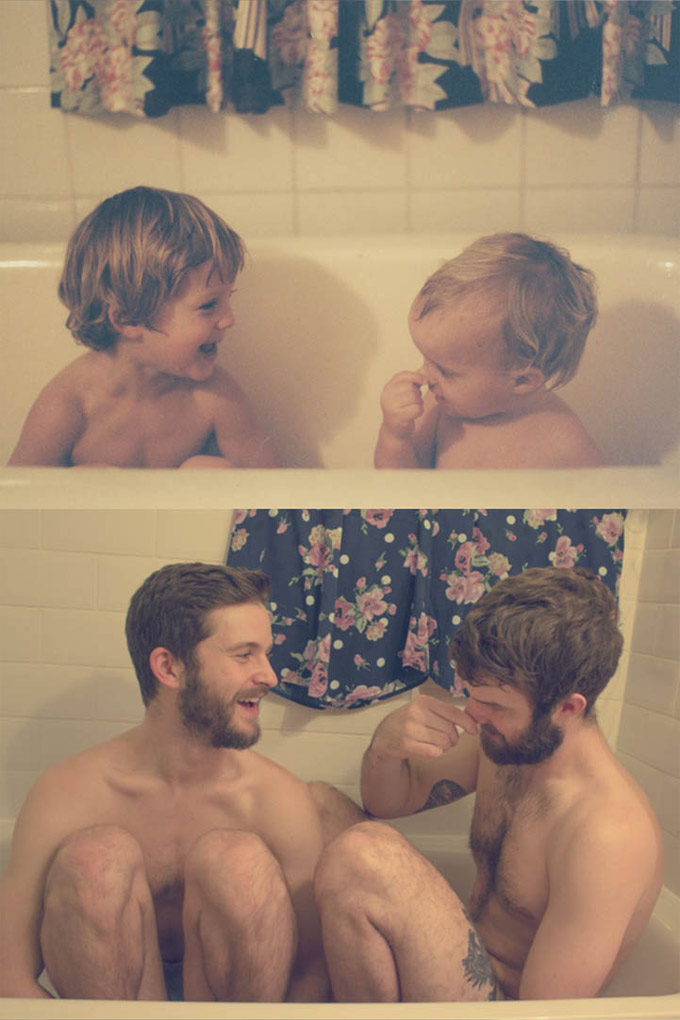