Combining street art and the geometric illusions makes the walk down the streets of New York much more fun. Highlighting unexpected contours makes the viewer spot elegant geometry of the city and enjoy the escape from daily routine and schedules. The New York based street artist Aakash Nihalani is the one who is making this possible. He was born in Little India, but grew up in Jersey until he came back to New York in 2004 to attend art school. During his time at school he became frustrated making work in studios, then packing it up in storage until it was time to exhibit. That is why this talented artist decided to try working outdoors, and now this is his passion. It allows him a lot more of spontaneous creativity and the outdoors gives the work a real life of its own. Coming from a suburban neighborhood, he was captivated by the urban architecture of the city when he moved. The main influence on his work was the city architecture itself. His mission is to offer different world for busy people in the city life, and to make them disconnect from the reality, by making the world of art as a place between worlds.

He is talented and innovating artist that is lead by his feeling without settling for the boundaries. There is not much philosophy behind Aakash Nihalanis street art, there is just connecting dots in the reality and creating new and fun way to escape grey urban environment. Sidewalks, doorways, buildings and bricks are highlighted in a way that they create isometric rectangles and squares, and that is what is recognizable in Aakashs work. Working with tape is what makes him different in street art scenary. The flexibility of tape and that it’s not damaging to the built environment he is working on is what makes it the main instrument for building the different New York. The main influence at his work besides the city architecture is actually himself as a kid: “I also was really into magic tricks as a kid, and optical illusions, so I’m sure that’s still embedded in the way I approach things, manipulating positive and negative space to create an alternative
vision of our urban landscape.” 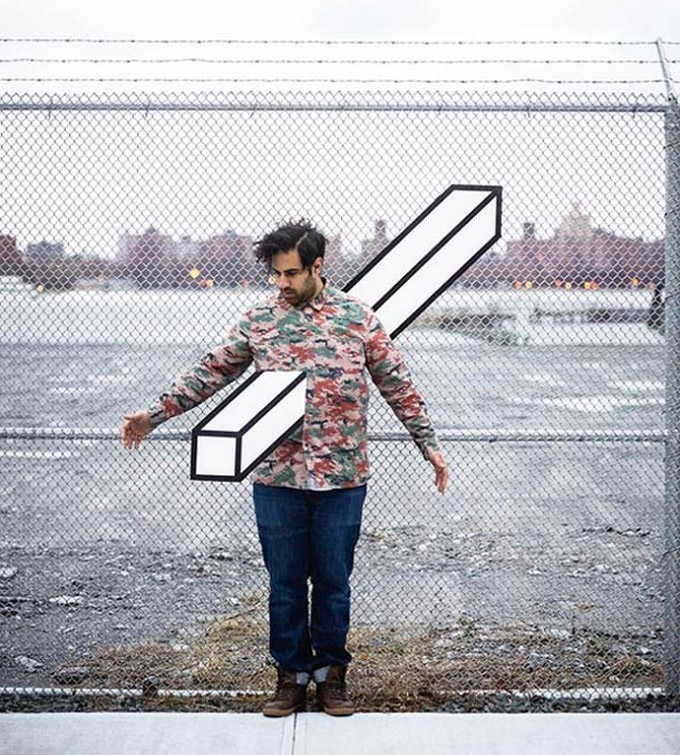 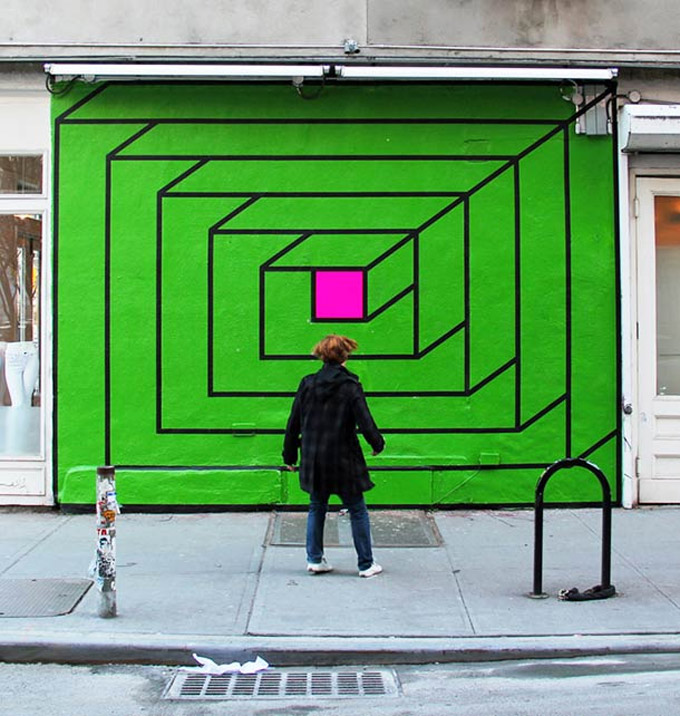 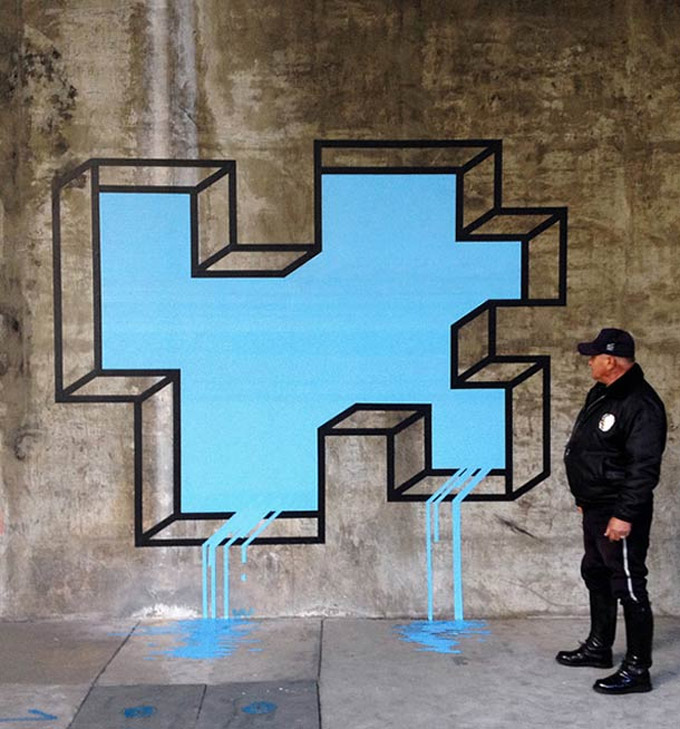 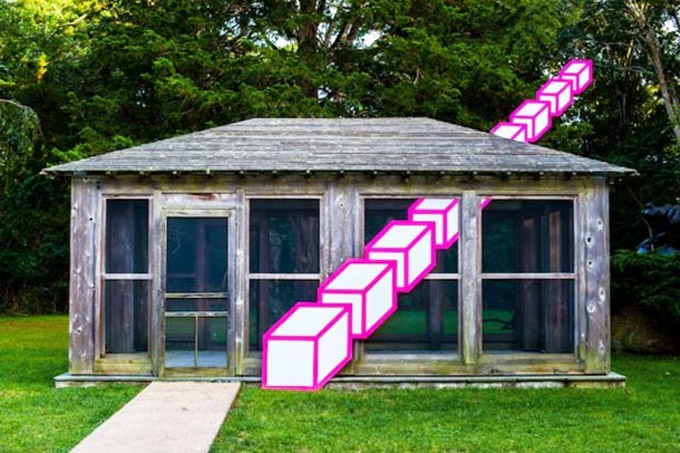 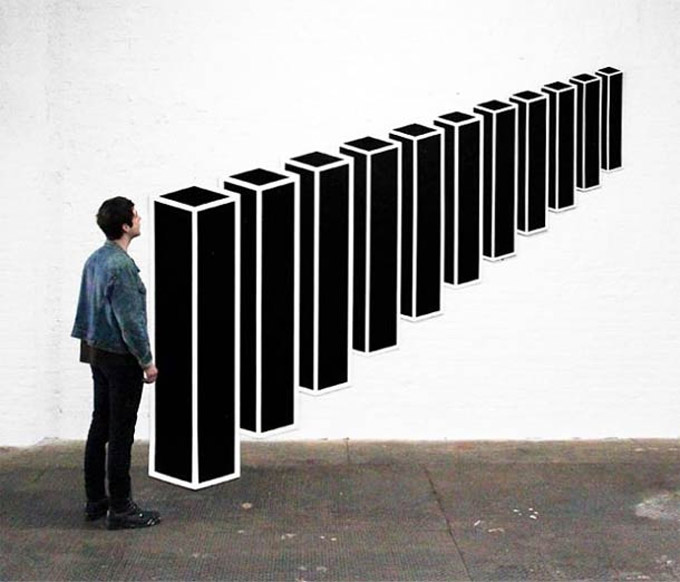 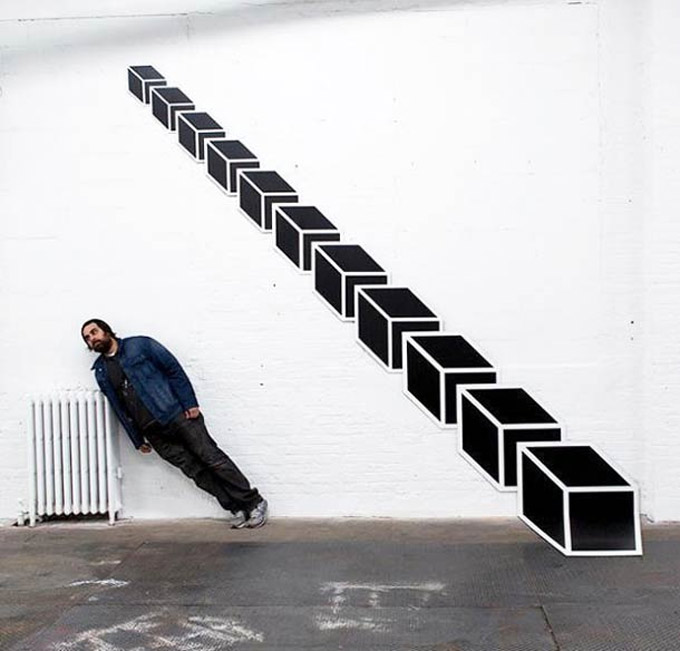 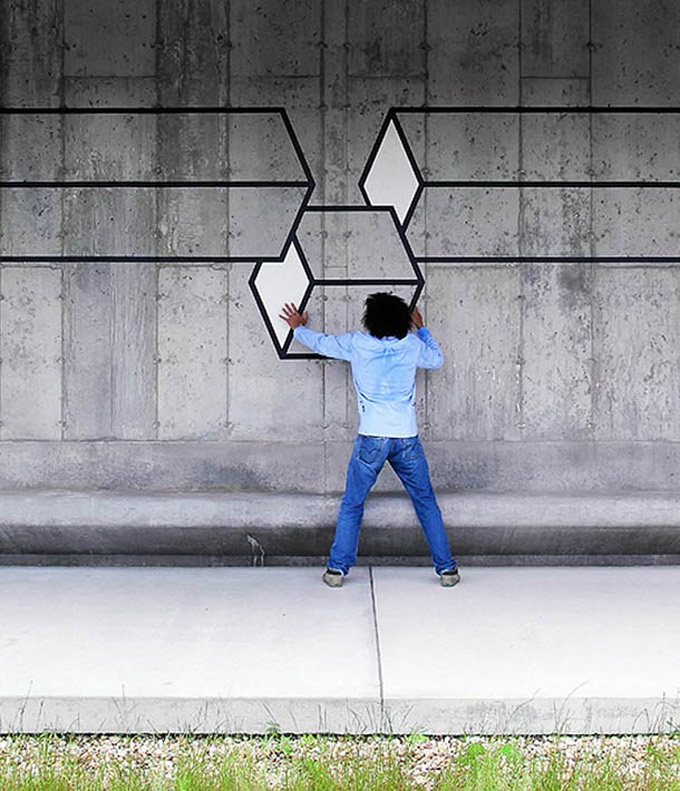 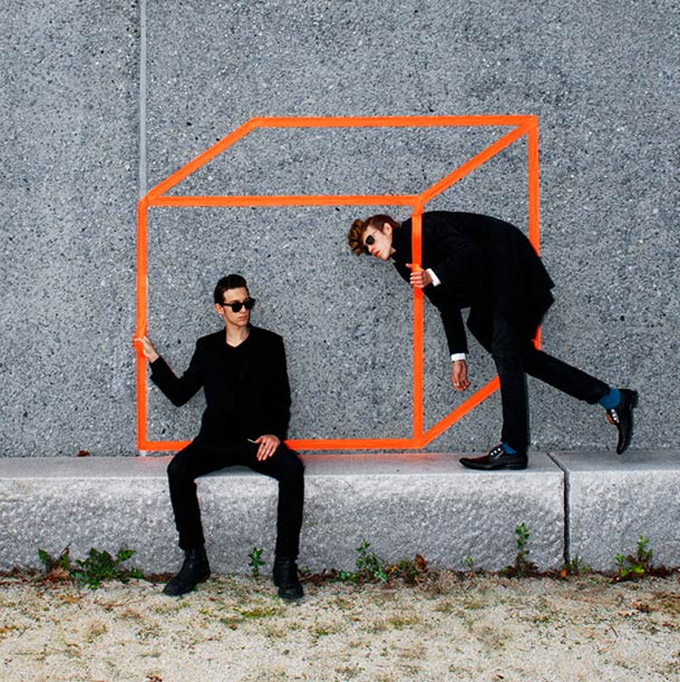 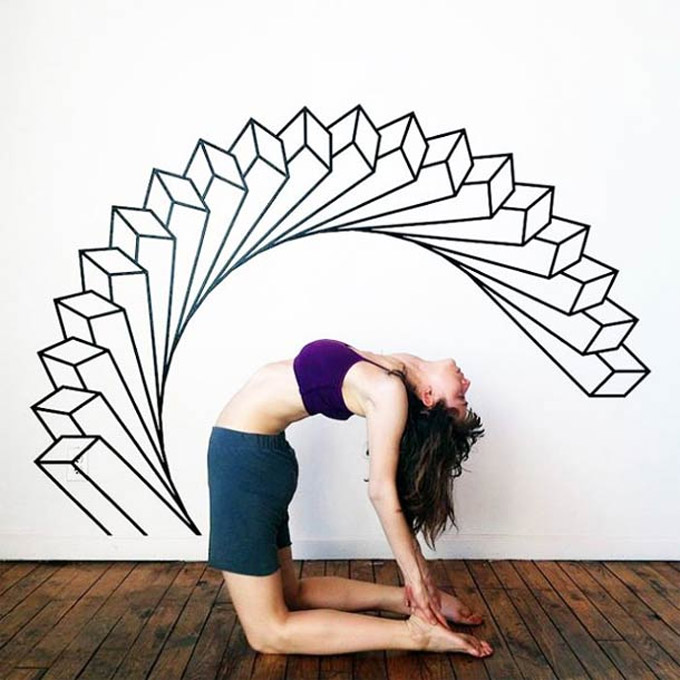 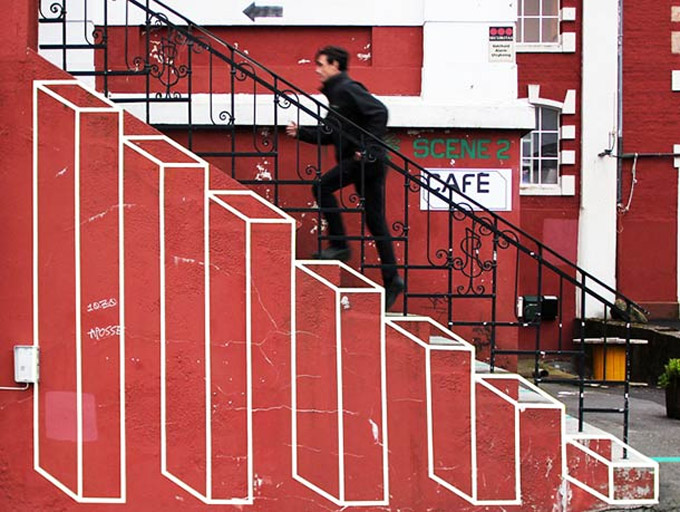 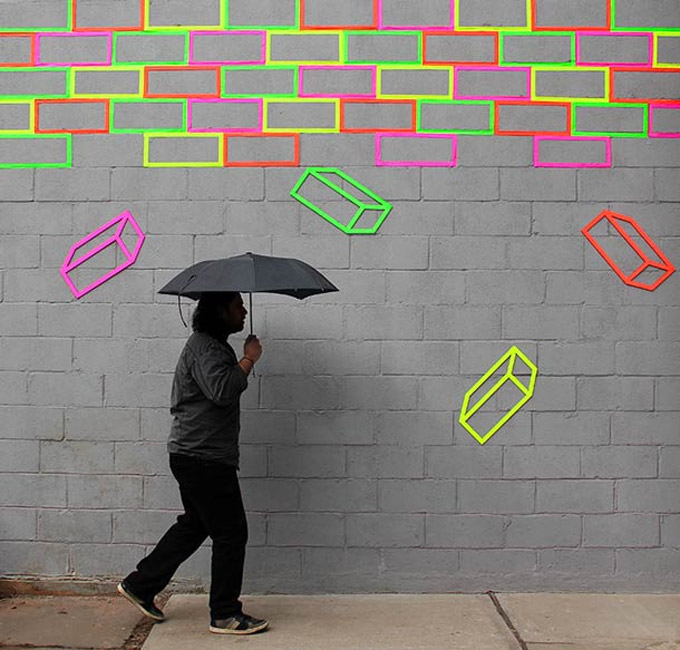 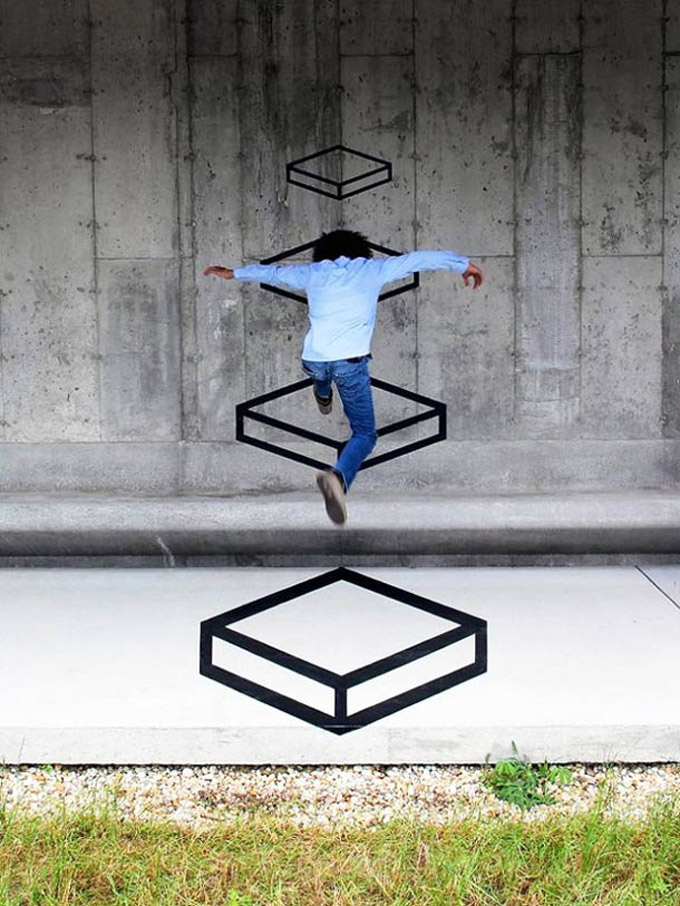 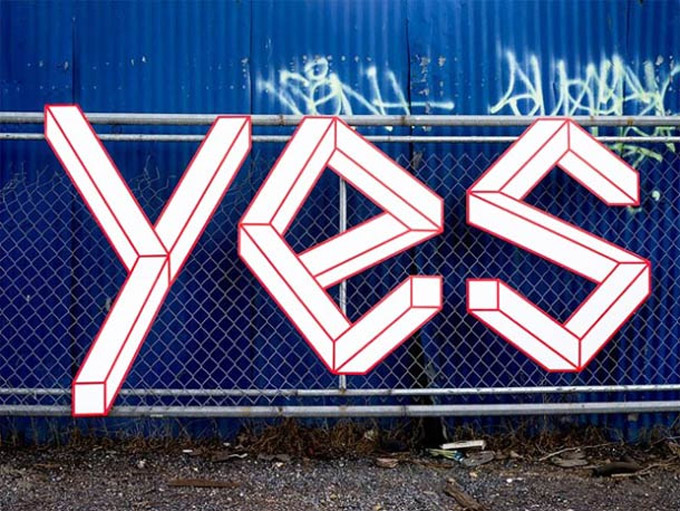