Ever wondered how your peniz or breast size compares to the rest of the world? Which countries smile and which countries don’t? How smart are your fellow countrymen compared to the other nations? And nobody taught you that in school? Well, we collected a list of offbeat and fun maps from Target Map that will answer your questions! 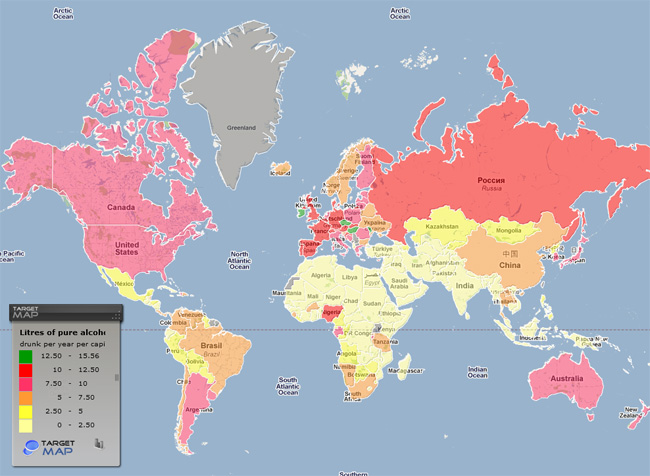 This Map shows the world’s alcohol consumption in 2003. Data from http://data.un.org 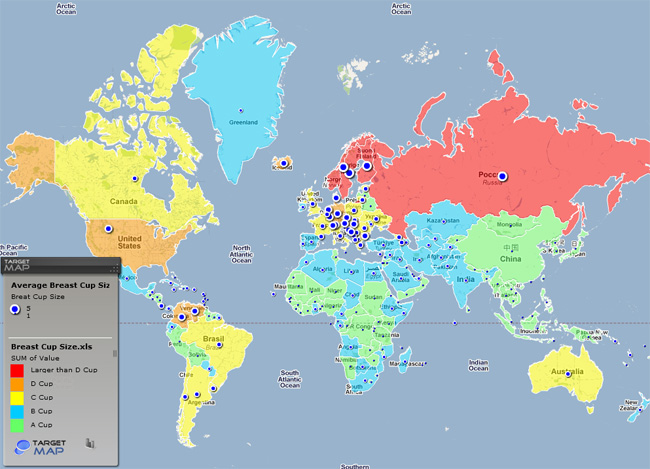 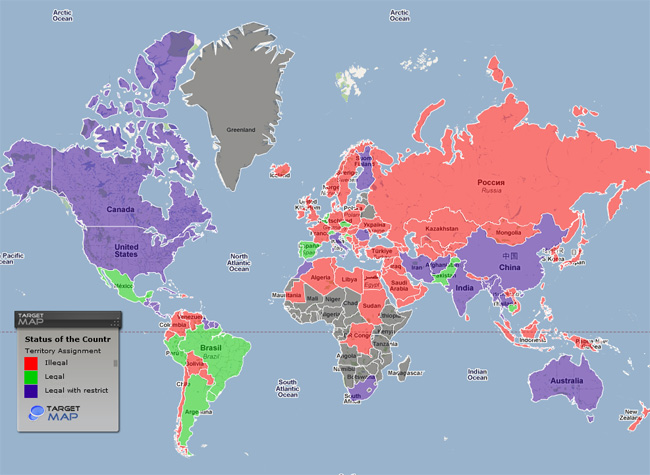 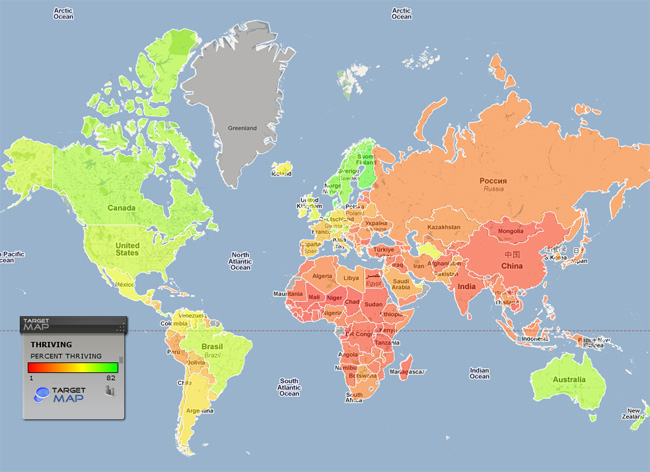 Quantifying happiness isn’t an easy task. Researchers at the Gallup World Poll went about it by surveying thousands of respondents in 155 countries, between 2005 and 2009, in order to measure two types of well-being. Data from http://forbes.com 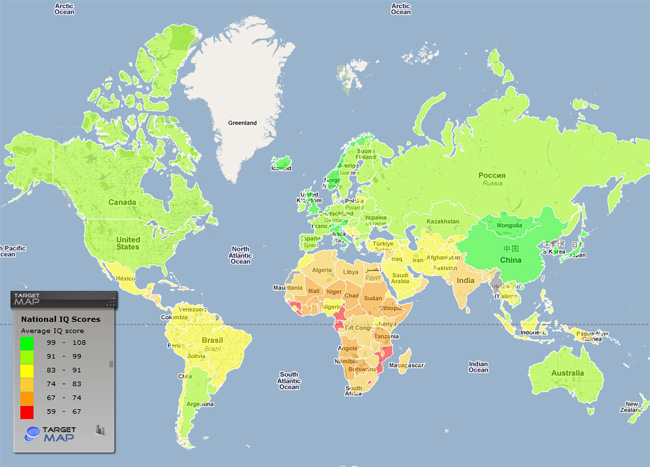 The intelligence scores came from work carried out earlier this decade by Richard Lynn, a British psychologist, and Tatu Vanhanen, a Finnish political scientist, who analysed IQ studies from 113 countries, and from subsequent work by Jelte Wicherts, a Dutch psychologist. Data from http://www.photius.com 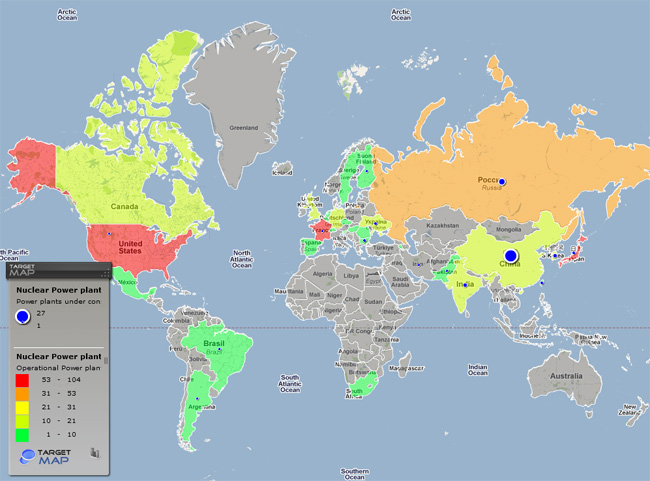 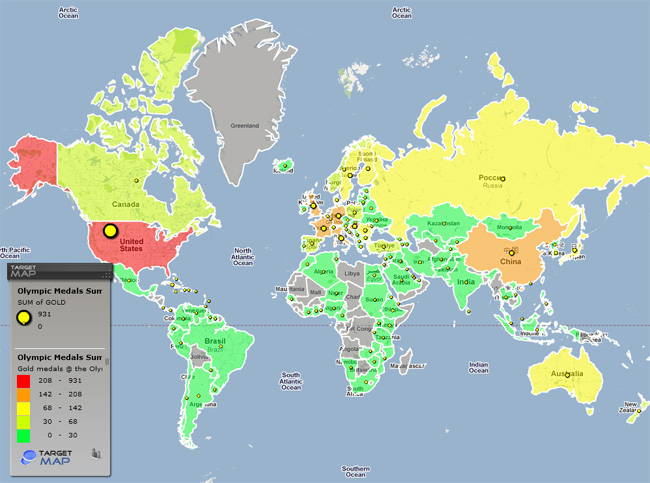 Gold Medals won at the Olympic Summer games from Athens 1896 to Beijing 2008. Data from http://www.olympic.it 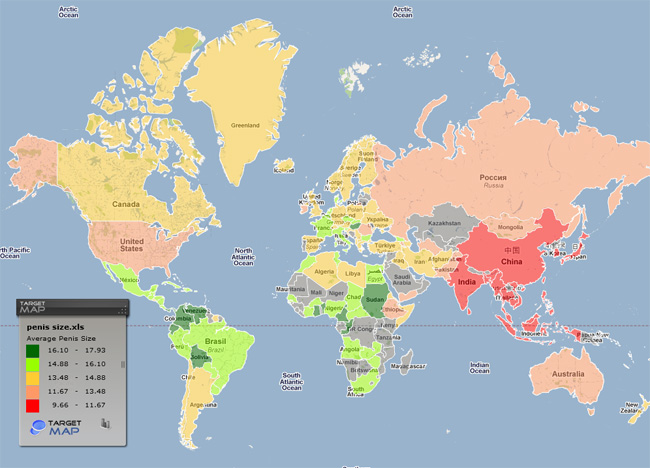 Think we invest 5 times more in research on peniz enlargement and breast size increase than in Alzheimer’s. This means that we will all be gorgeous, but we won’t remember what we used it for. Data from http://www.everyoneweb.com