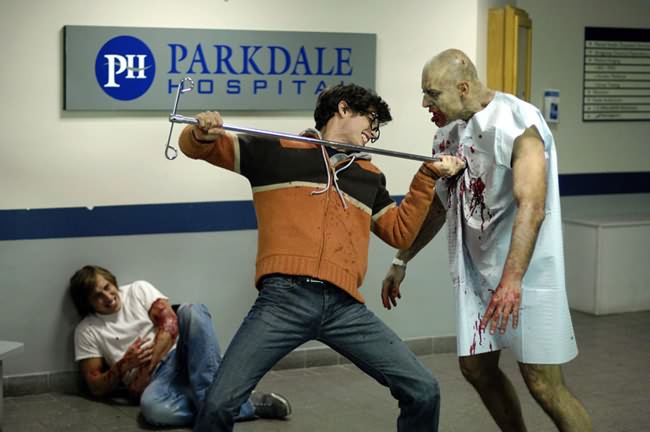 Turning into a zombie is normally classified as an infection. So it’s safe to assume that during the early stages of the apocalypse, people suffering from bouts of anger and uncontrolled violence as well as bite victims will be sent to the hospital, turning it into perfect place for zombie herds to form. Add to that the fact that you are probably at the hospital because of an injury or sickness, thus putting yourself at zombie central in a weaken condition. 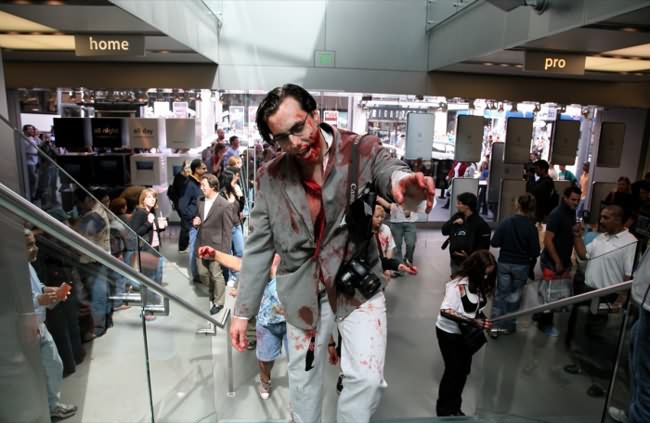 Pop culture has led us to believe that within the confines of our local shopping mall we can find safety, supplies, and meaningful new friendships and that’s why it’s a bad idea! If you’ve seen a survive zombies in a mall movie chances are that every one else has as well. So basically if you survive the looters and then the zombies, you’ll have a bunch of like minded idiots breaking down your defenses and fortifications, letting themselves and the undead horde in … congrats you are now tasty meat.

In a Traffic Jam 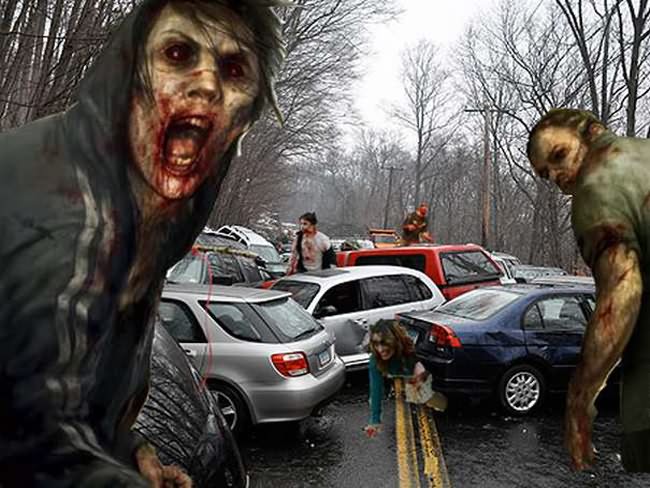 If you’ve ever seen a zombie movie you know these happen a lot. People are trying to flee the major population areas and all get on the highway, only to discover that the highways are all congested. Being the keen survivors that they are, they abandon their cars and head for the mall. Any way, imagine that you are stuck in traffic on your way to work when the outbreak hits. You don’t know what’s happening until hundreds of desperate people coming running at you, the sudden human traffic keeps you stuck in your car, and even if you could get out you would be trampled. Your only choice is to wait it out and inevitably become a neatly packaged “meal ready to eat” for the on coming horde. 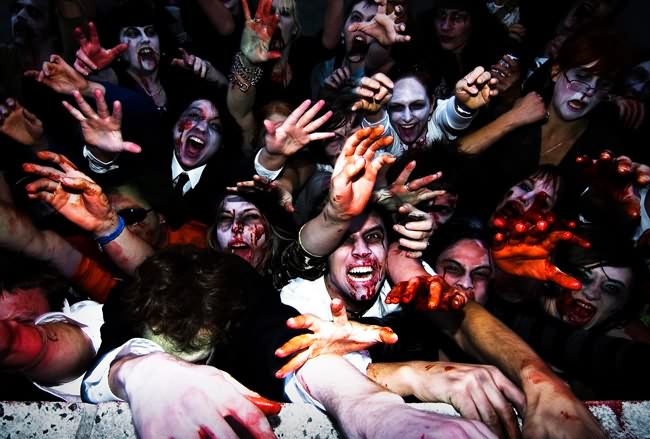 Thousands of people jumping up and down, screaming, generally going ape shit! Music blaring, speakers slowly making you deaf. Nothing beats a rock concert! Like the darkened cinema, your eyes are front, and you are unaware of the peril behind you, you never hear the screams. Just sudden chaos, the zombies are in the crowd, with the flurry of people and the mist from the stage effects your vision is useless. You get knocked off your feet, and you start getting trampled. When you finally wake up you find your broken body is being gnawed on by zombies wearing Metallic t-shirts, and even through the pain you manage to think “at least it’s not Nickelback fans”.

A Holding Cell At a Police Station 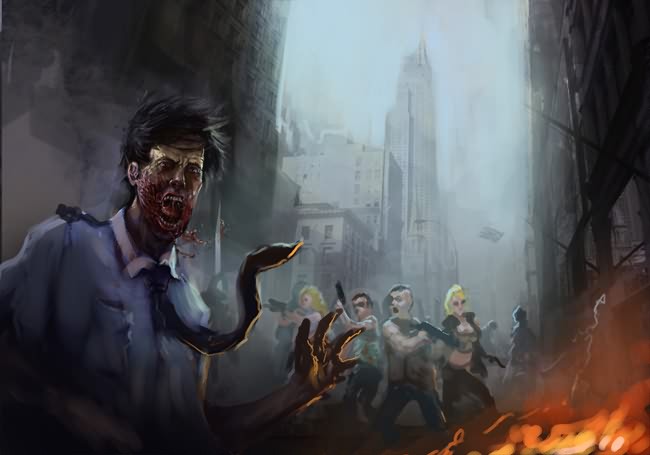 Ah the police station, where the well trained and well armed members of the police service can be found. Now imagine that pre-zombie apocalypse you found yourself on the wrong side of the law (naughty naughty) and ended up in a holding cell. Zombie apocalypse hits, and score you’re in a steel cage keeping all the nasties out! But that’s until the police station is overrun by desperate people, and the police are eventually killed or turned trying to do their civic duty, leaving you to starve to death in your once safe fortress. That’s at least as long as they don’t throw an “angry biter” in there with you, play nice now you two! 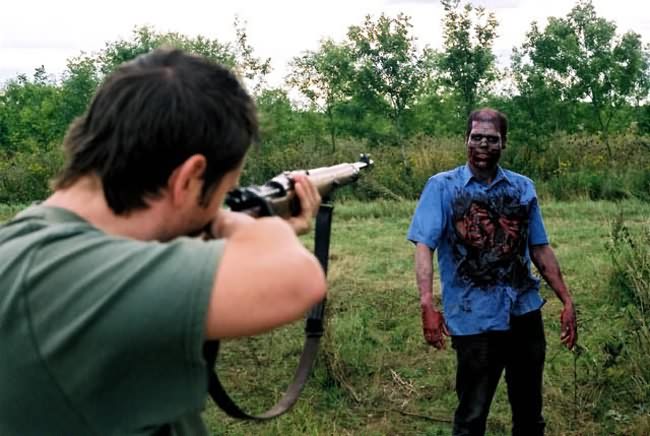 Although post-zombie apocalypse farms and other more rural areas are the places to be, during the actual apocalypse it’s a whole other story! Remember that scene from Signs where he’s chasing the alien through the cornfield? Well imagine that, but you are the one being chased by the now infected farmer and his farm hands, and if you haven’t already guessed they are trying to eat you! You are hunted, alone, lost and the claustrophobia starts to set in. 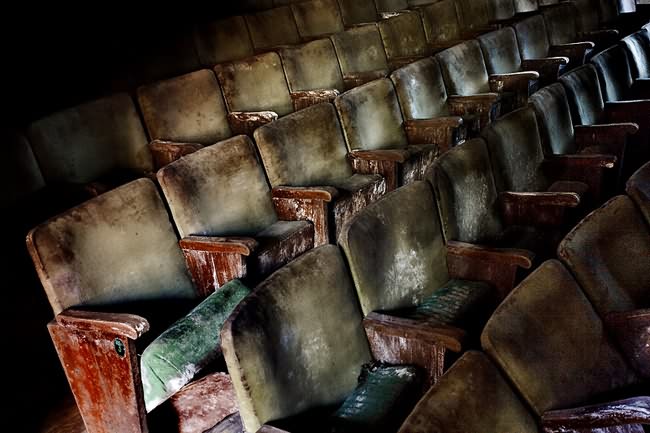 You sit there, relaxed, your guard down, your back to the door. When suddenly there’s a sound, a scream, but you don’t turn you think it’s just the cinemas amazing surround sound. You only realise there’s something wrong when you feel the blunt pressure of zombie teeth against you neck. The last thing you see before you’re devoured is Bruce Willis selling out to commercialism, as the taste of your own blood creeps into the back of your mouth. 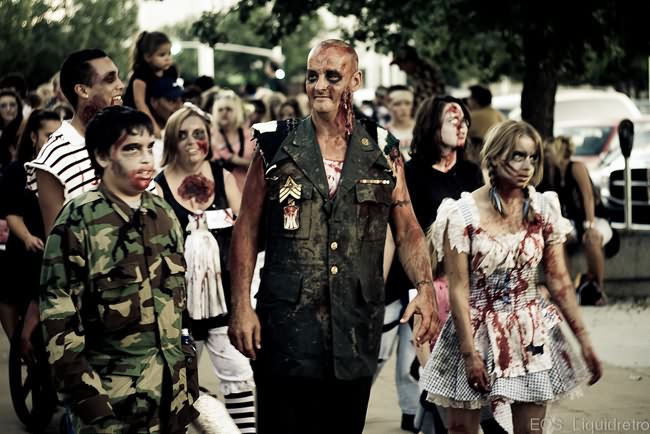 The pilots barrel roll and corkscrew to the sound of a cheering crowd, but the cheers quickly turn into screams as zombies start chewing on the onlookers. Chaos ensues as jet fuel ignites charring infected and human alike, a blanket of burning metal comes raining down as distracted pilots crash into each other. You freeze, over come with panic, until you spot an untouched helicopter. and then you realise that you have no idea how to switch it on let alone pilot it. Your last few moments before being eaten are spent in a tragic mix of fear, sadness and self loathing. 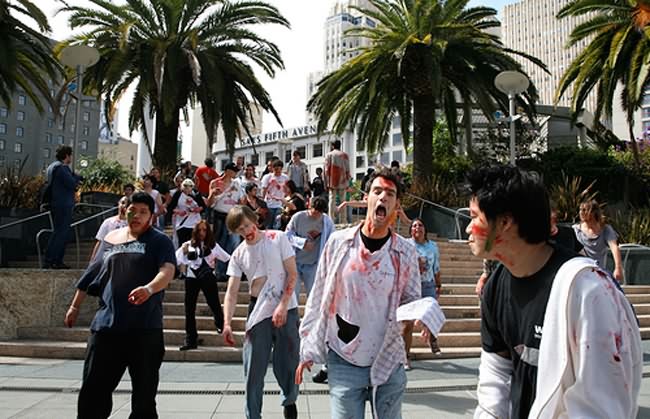 The chaos of the panicking masses and the terror inspired by the shambling undead is bad enough in your own country. Now imagine being on holiday in a non-English speaking country. How do you ask for help? The messages being broadcast by emergency services, what are they trying to tell you? The woman who was screaming at you, did she mean go that way for safety or for death?