There are thousand of articles available on the internet about Photoshop and photo manipulation. We have been all mesmerized by pictures that were altered with care and grew to think that every cool image must have been digitally doctored. However, I have made an effort to bring something different to your notice.

Well, here are pictures that will make you think their subjects have been cleverly modified, when in reality, these are all real! Their actions are real but might be edited for colors and adjustments. I appreciate to all those talented photographers who taken these excellent photos with their efforts, imaginations and creativity to give us a chance to see these photographic wonders from their creative eyes. 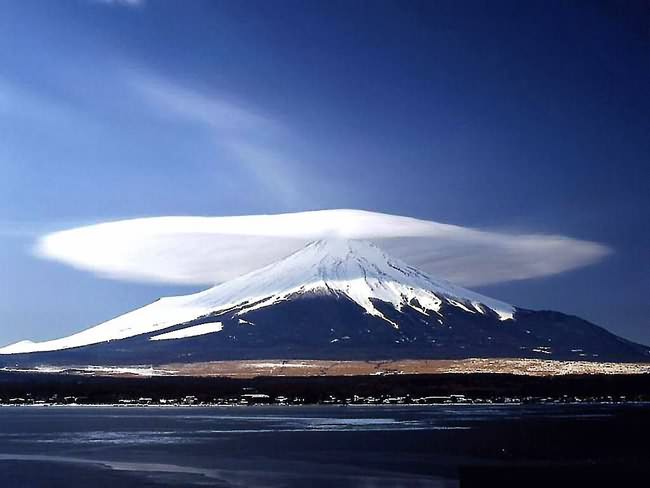 No need to avert your eyes, you are not in fact witnessing the world’s largest up-skirt. These bizarre, lens shaped lenticular clouds form in upward gusts of wind that naturally occur around mountains. These winds, known as “wave lifts”, are so powerful that sail plane pilots have used them to glide 1,864 miles without a motor. Venticular clouds are often mistaken for UFOs, which sounds retarded until you see one of these hovering over your town.

Actually, a Translation Error Would Have Improved This One 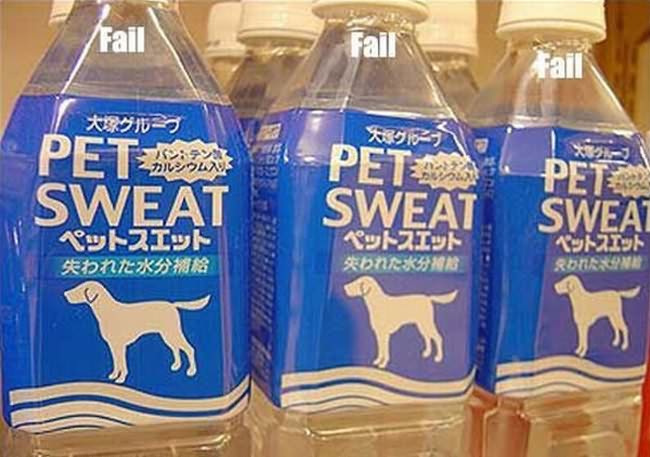 Man, just imagine all of the uses. Wait, do dogs even sweat? We smell bullshit here. This is actually a spinoff of a popular Japanese drink called Pocari Sweat. We don’t know who Pocari is either, but we’re going to go ahead and assume he’s a Sumo wrestler. 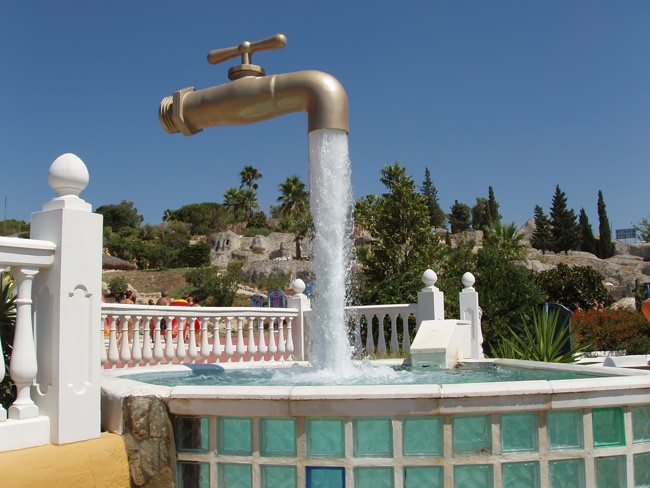 What sucks about magic is the tricks are always incredibly lame once you know how they’re done. This one is no different, it’s supported by a pipe running up through the water.

Challenge God to a Fight?

This would be the second entry in the “Man, this is the worst CGI I’ve ever seen!” category, with what appears to be a strafing run by a plane-mounted flamethrower. This is a fire whirl, a momentary phenomenon caused by twisting air currents, captured in action by a lucky photographer. 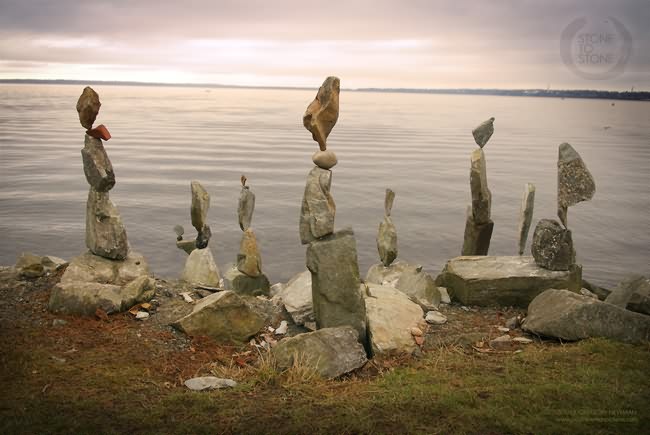 If not Photoshop, you could assume this is just some rocks captured in mid-fall, like maybe just out of frame is a dump truck and the camera is seconds away from being buried. But, no, this is a stationary object and an example of the art form known as Rock Balancing. That’s pretty much self-explanatory, but proving that art forms are primarily created so that people can come up with pretentious ways of talking about them, there are actually four separate recognized categories of rock balancing. Just the thought of introducing oneself as a “freestyle rock balancer” should be enough to cause most people’s balls to clench in anticipation of being soundly thumped.

The Secret Nuclear Origins of the Care Bears 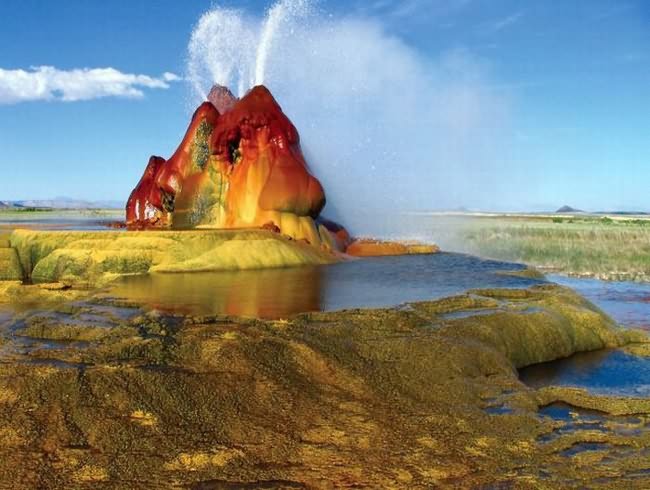 This bad painting-album cover is a photo of the continuously spewing Fly Geyser in Nevada. The colorful mineral buildup from the continuous eruption makes it look like a giant serving of rainbow sherbet. If you think that photo looks doctored, feel free to take to Google and find a shot that doesn’t look fake as hell. 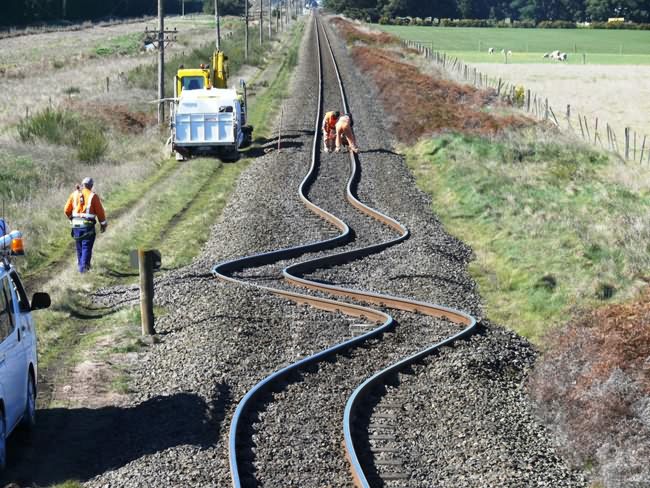 These funhouse-mirror railroad tracks are a reminder that Mother Nature pretty much laughs at the things we build. What you’re seeing is the aftermath of a recent earthquake in New Zealand. We feel sorry for those two guys in orange who apparently have been tasked with re-straightening the tracks with their bare hands. Hurry up, guys! The train will be here in 10 minutes!

We’re Pretty Sure This is Symbolic, But Not Sure What It’s Symbolic For 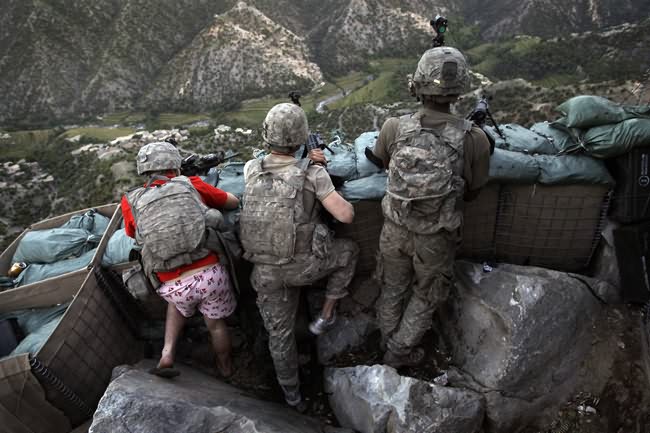 At the very least this looks like a posed shot, or maybe some sort of weird lobbyist advertisement trying to drum up some funding for our troops. But it’s actually a real image captured of U.S. soldiers ambushed by the Taliban, and one guy who didn’t have time to change into his war clothes. Why do we issue our troops huge, pink comedy boxers? BECAUSE WE ELECTED A DEMOCRAT. 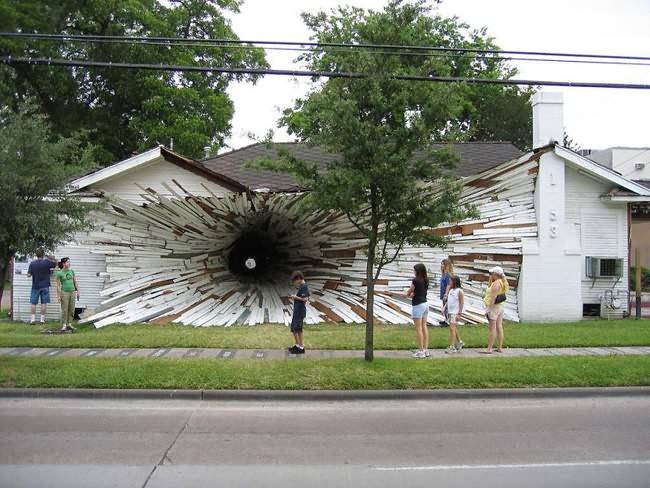 At first sight, this appears to be a home improvement project that accidentally tapped into Stephen Hawkings’ most abstract theories on space and time. But then you notice that the kid who is right next to the portal to another dimension isn’t disintegrating into millions of pieces, or even looking up from his goddamn cellphone. So it must be a photoshop right? Wrong again. The Inversion House is an art project that answers the pressing question: what would your neighbor’s place look like if it was sucked through a straw in the Looney Tunes universe? The answer is pretty cool, though apparently not nearly as cool as whatever 13 year-olds are texting each other these days. 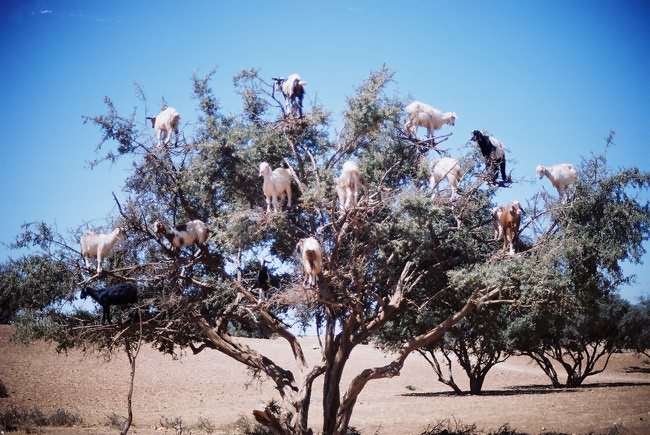 This might look like a lazy father’s hastily photoshopped answer to the question “Where do baby goat’s come from?” But in fact, it’s a real photograph taken of real goats in in Morroco. When food became sparse on the ground, the hoofed creatures simply learned to climb trees. Pretty cool, though we’d imagine it loses some of its luster the first time you park under a tree and your car gets crapped on by a goat.

Mom, Dad, I’d Like You to Meet my New Girlfriend 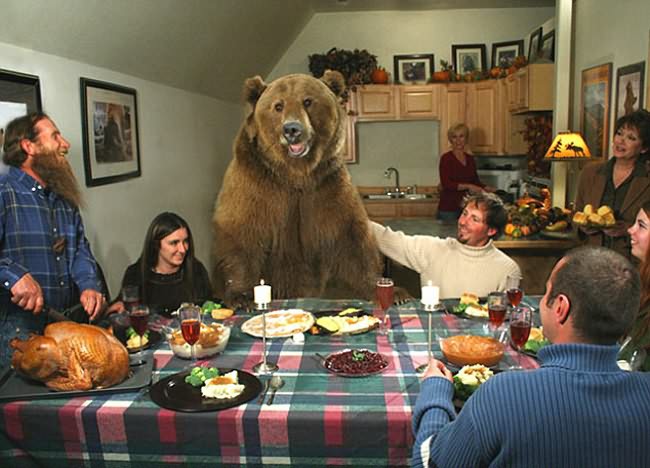 This is one of those in the “not just fake but a bad fake” category, looking like something from some magazine ad selling … bear insurance or something. But in fact it’s one of several pics of Brutus the Bear and the family who’s keeping him as a pet. Brutus was raised in captivity and serves as a pet/family friend to Casey Anderson, star of Expedition Grizzly. One of Casey’s major goals is to use Brutus to show that giant bears aren’t the dangerous man-eating monsters that we think they are. That’s a brave mission he’s on, considering the previous attempt to prove that resulted in the guy getting eaten.