Have you heard about pigs that can swim? Or the pigs that love attention? No? Well, now you did. The Big Major Cay, the island located in the Bahamas is also known as Pig Island or Pig Beach. There you will find a paradise on Earth, crystal clear water splashing white sand wile pigs are running around seeking for the attention. It’s one weird conception of paradise, but it really exists. This island is uninhabited when it comes to humans, but, wild pigs on the other hand have taken over, and became really good swimmers. 20 swimming pigs are shearing their home with few stray cats and goats (but we still don’t know how good swimmers are goats or cats).

There are few different explanations of how did they get there. One of them is that sailors left them there, so they could have a meal after returnig from sea adventures. Sailors never came back, so the pigs were left there to live and reproduce, and they fed on the food that passing ships were leaving there. The other legend says that pigs were survivors of shipwreck and managed to swim to shore. Also there is a theory that is all about marketing and business, so the pigs are there to draw the attention of tourists, and amuse them. Anyhow, they live there, and according to the photos, they are having great time. Tourists are constantly feeding them, and in return pigs are posing to them and making their stay at Big Major Cay unforgettable.

Eric Cheng, a photographer that was on the Pig island said: “Because locals bring food, the pigs will run into the water and actually swim out to the oncoming boats, as if to greet them individually. It is strange enough to see pigs laying around on tropical beaches of white sand, but to see them then charge into the water to greet oncoming boats is just bizarre.” There is actually a book written about this island and it’s entitled The Secret of Pig’s Island by Jennifer R. Nolan. 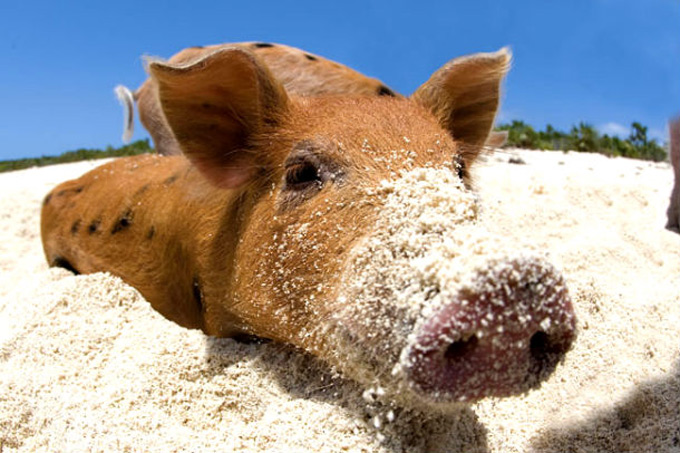 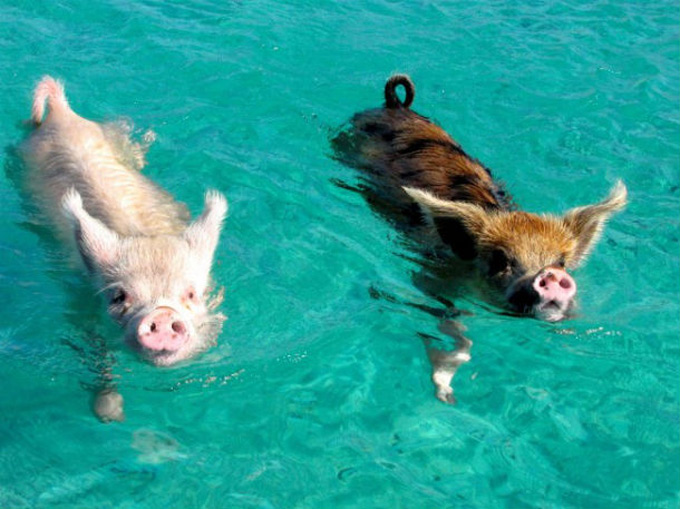 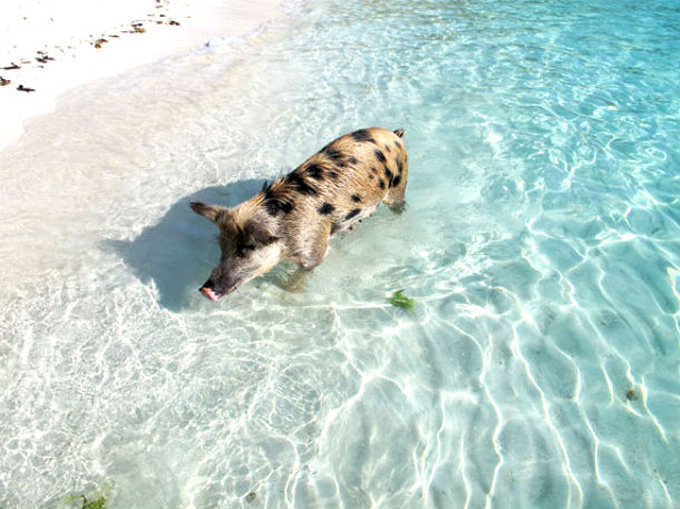 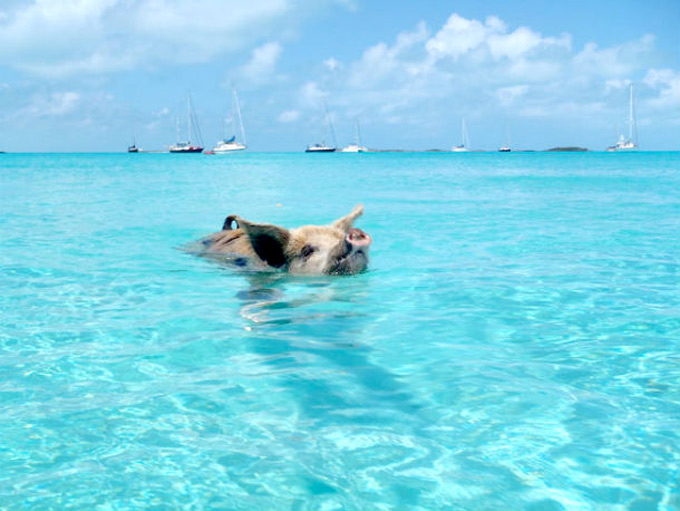 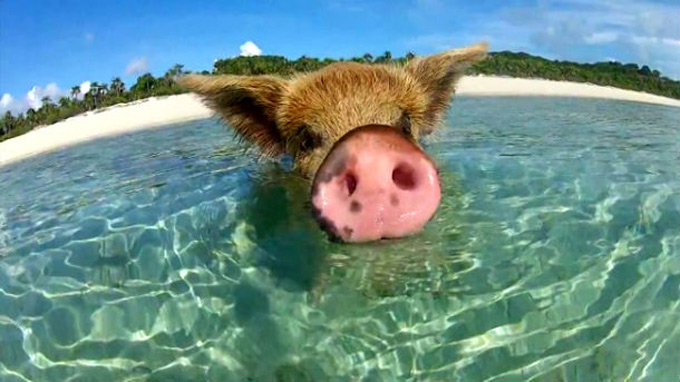 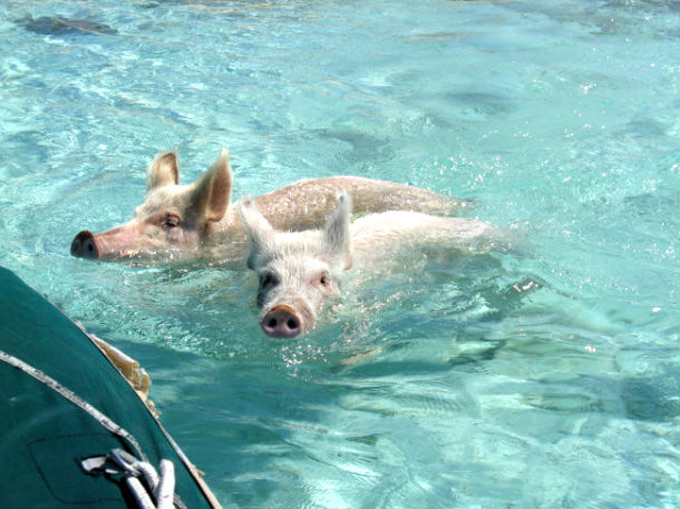 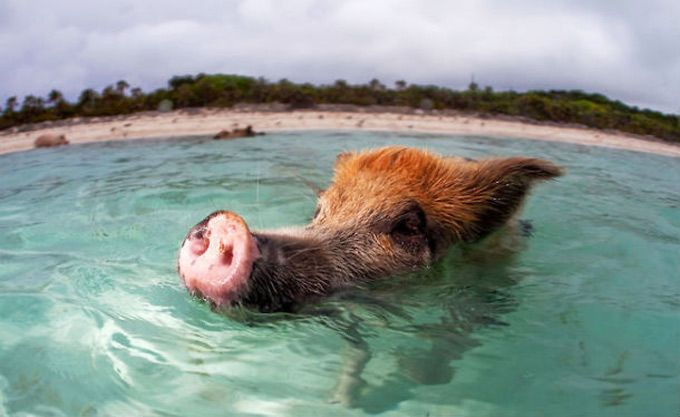 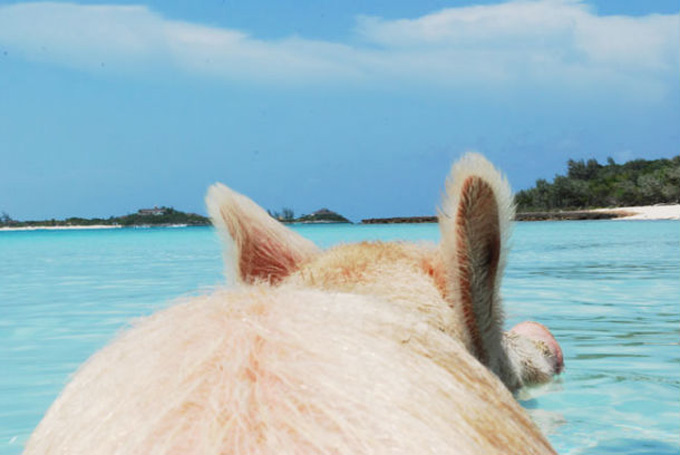