You might think that you have seen it all when it comes to catchy advertising campaigns. But the magic bra that patches up the most different sides of the world, the opposite perspectives in the politics, and it might actually spread the world piece? No, you probably haven’t seen it. The clever and hilarious advertising campaign of the Brazilian brand Hope, makes the impossible happen. The most unlikely political characters have been brought together cheek to cheek in this ad. It gave the whole new meaning to the phrase “bosom buddies”. Some of the most famous political characters have been illustrated on the female breasts and pushed-up together due to the cleavage encouraging unmentionables. Slogan of the campaign is “Right and Left Together” which obviously has a hidden meaning in it.

Although we think it is really funny, there are people who criticize this whole ad campaign and find it offensive. Hope lingerie company is known for its controversial campaigns. It 2011. they have already been criticized and branded as “sexist” by critics. They released TV ad starring supermodel Gisele BÃ¼ndchen dressed in provocative lingerie confessing to her other half that she have crashed his car and reached the limit on his credit card. The voice-over suggests the only “correct” way to deliver the news would be by stripping to your underwear and “using Brazilian charm” to cushion the blow, with the tagline “Hope teaches.” Hope defended the campaign claiming the ads were never meant to be deemed as sexist. Anyhow, “Right and Left Together” still has mostly positive reactions from the viewers. The question is what do you find it funny? George Bush and Hugo Chavez bumping heads, or the late British conservative party leader Margaret Thatcher and Argentine Marxist Che Guevara united, or maybe an angry glance that these two are throwing at each other, republican president Ronald Regan and Cuban communist, Fidel Castro. 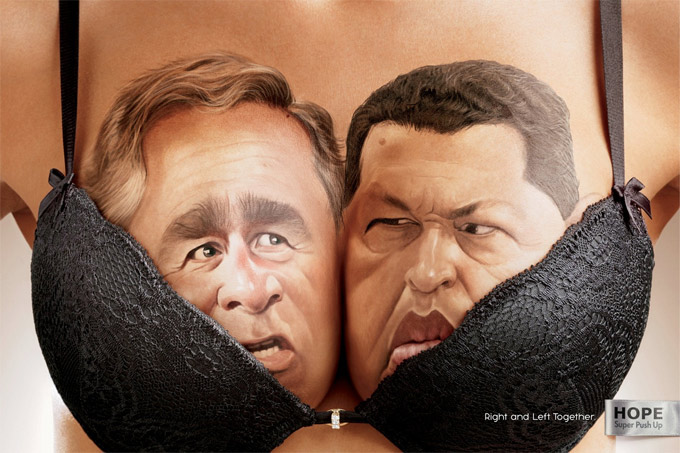 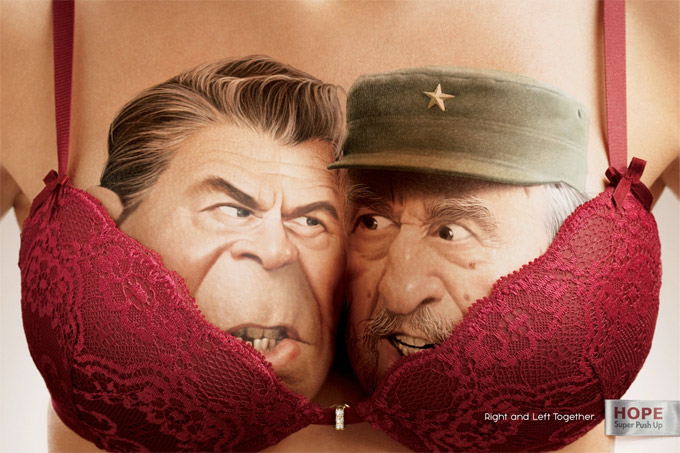 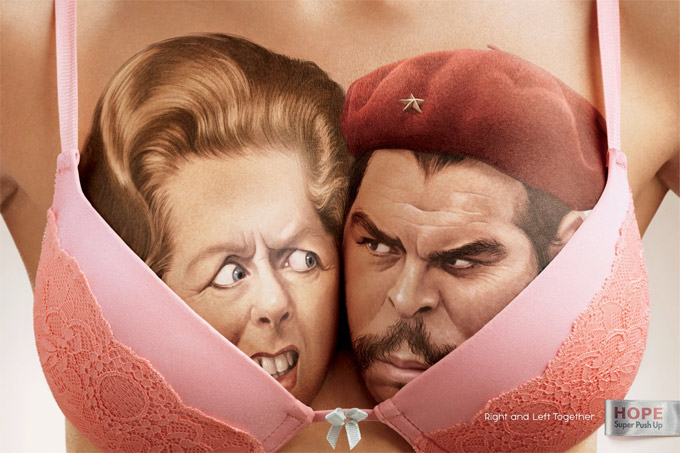