Think your iPad is cool? Check out these awesome gadgets that were the envy of all geeks from more than 50 years ago to a last few years. And don’t let these years fool you, because this is not about when it was released, but when it was a gadget. 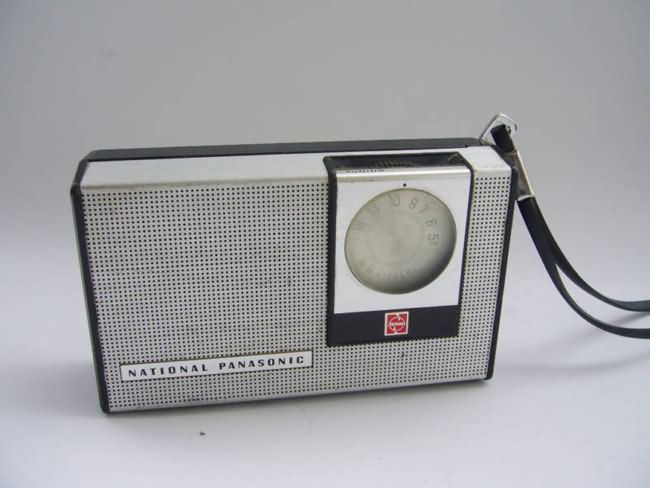 All the rage for teenagers to have in the sixties, they were as popular as mobile phones are today. With the pocket radio you were now able to have music and news wherever you went. These were one of the hippest gadgets of the times. Sound quality was not the greatest but it was better that nothing. People in Third World countries would save long and hard for the joy of owning one. 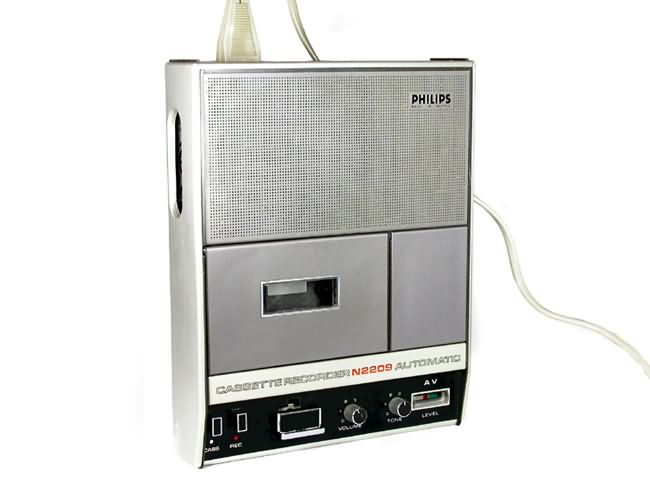 This was the world’s first cassette tape recorder. included was a separate microphone so that you could record your own voice. Being that it was the first of its kind, it was quite expensive and also high quality.
A long way off from the Walkman but still small enough to carry around easily and certainly easier than lugging a record player from place to place. 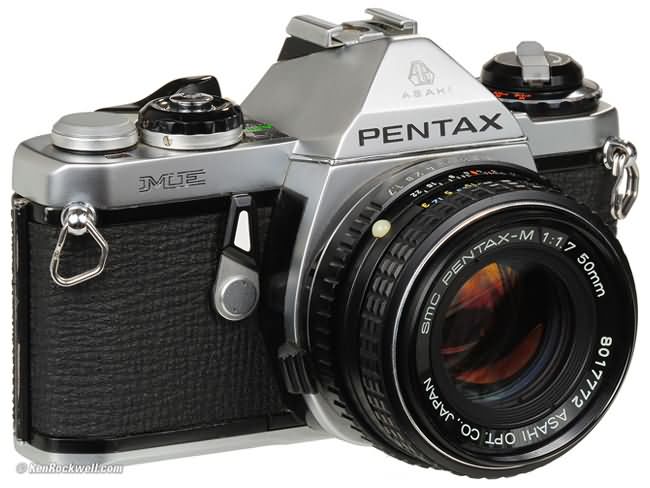 The sleekest camera of the sixties was the Pentax SLR. This version of the Spotmatic was the first to use the ground breaking through-the lens metering. It came on the market in 1964 and began the era of amateur photography. With its small size and lightweight design it was easy for anyone to take it along with them to capture their favorite scene. 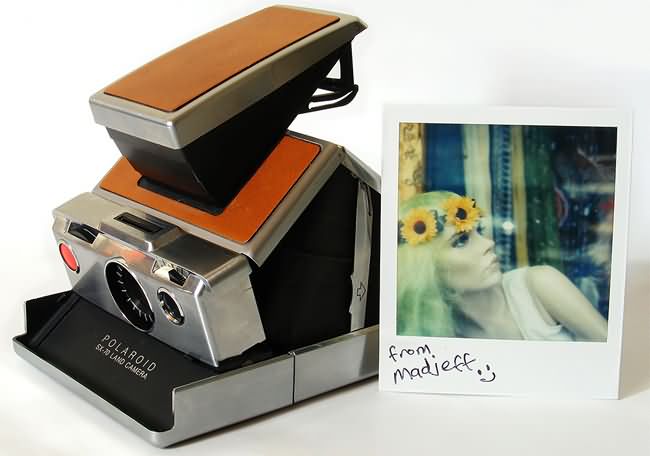 With the introduction of the Polaroid Swinger came instant pictures. No longer did you have to bring your roll of 35mm film into the camera store and no longer would you have to wait for them to be developed.
Although film was still black and white you know could have instant gratification when it came to snapping your family portraits. 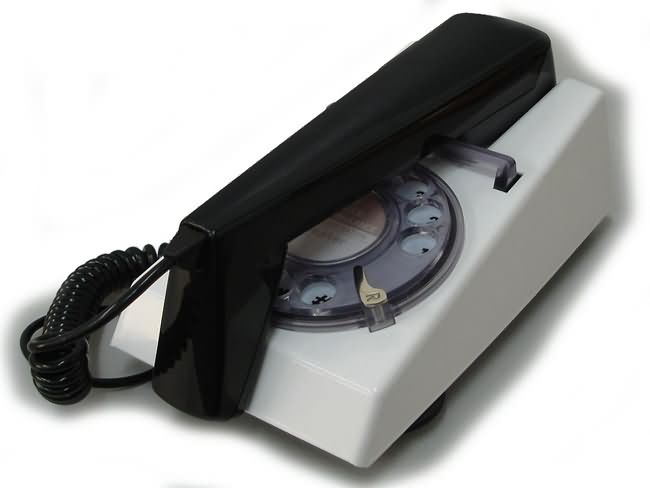 Sporting a long stretchable curly cord this phone was able to reach across rooms easily. It was the first to ring without the use of a bell, using an electronic warble instead.
It featured an illuminated dial and a newly designed handset. The phone came in two-tone blue & green or grey & white. Although initially created in 1964 they were not widely available until the late sixties. 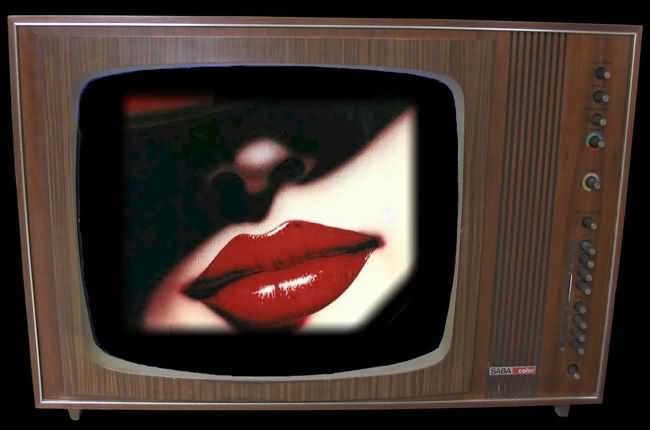 At the beginning of the decade color TVs became increasingly more affordable, initially they were nearly $3,500 adjusted for inflation. By 1972 they outnumbered black & white sets in American households for the first time. Now the average family could enjoy Happy Days M*A*S*H or The Mary Tyler Moore Show in all it’s colorful splendor. 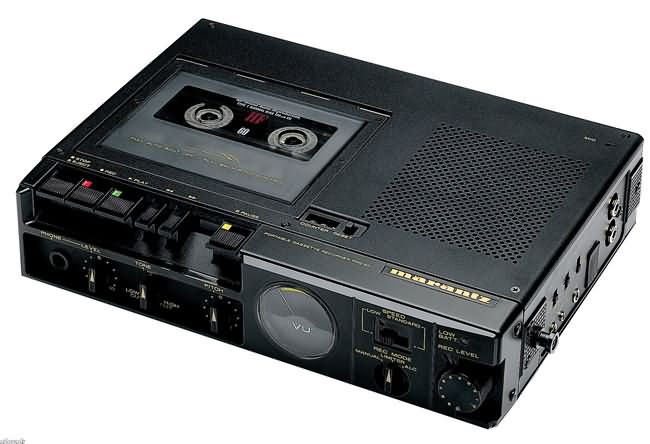 With the introduction of the Pioneer Music Centre you were now able to record records and radio on to a cassette tape easily and at home. This made mix-tapes of Elton John, The Bay City Rollers and The Rolling Stones possible.
Now everyone could be a DJ and spread the love of their music around the neighborhood. 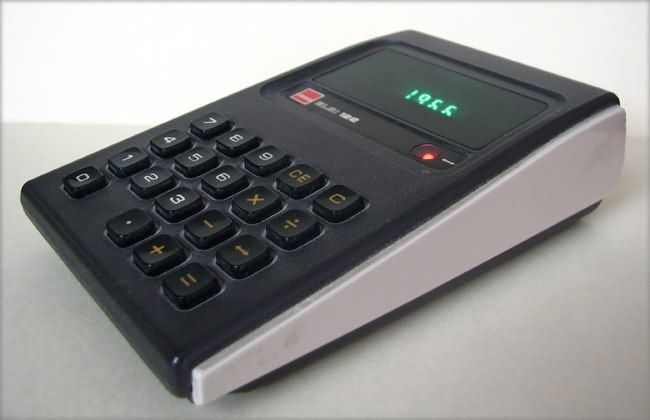 Prior to the Cambridge Calculator, invented by Clive Sinclair, mostly only large businesses and institutions had access to calculators. Until then they were large, expensive and harder to operate.
With the price coming down it became a huge success which brought it into millions of homes, offices and schools. 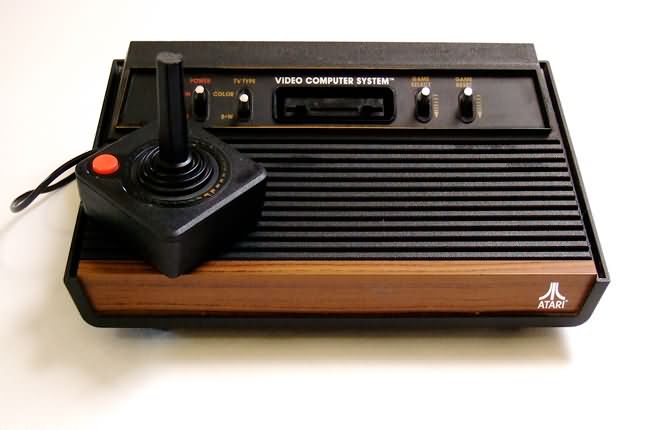 With the introduction of the Atari 2600 kids would no longer need to go to the arcade to play Pong, they could now play it in their own living room.
It came typically bundled with two joystick controllers, a conjoined pair of paddle controllers, and a cartridge game – initially the Combat and later the widely popular Pac-Man. 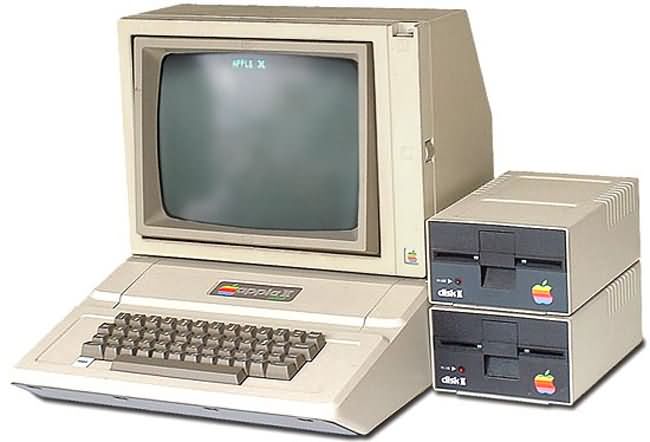 One of the first successful home computers. The Apple II brought computing power into the house and made it available to the masses.
The first versions came with a MOS Technology 6502 microprocessor running at 1 MHz with 4 kB of RAM. It used released the basic model was $1,300 and the high-end, with 48 kB RAM, was $2,700. 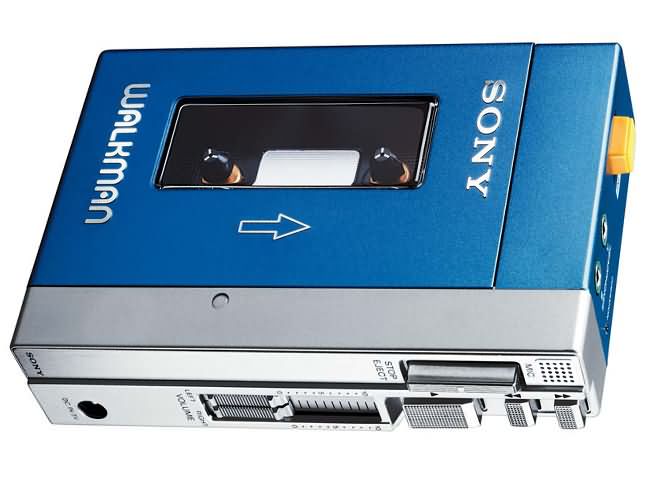 With the introduction of the Walkman, a whole new era of music portability emerged allowing users to take it with them wherever they wanted. This quickly became the must have gadget for runners. roller-skaters and teenagers everywhere.
People were creating their own mix-tapes at home and taking Madonna, Prince and Michael Jackson with them on the road. 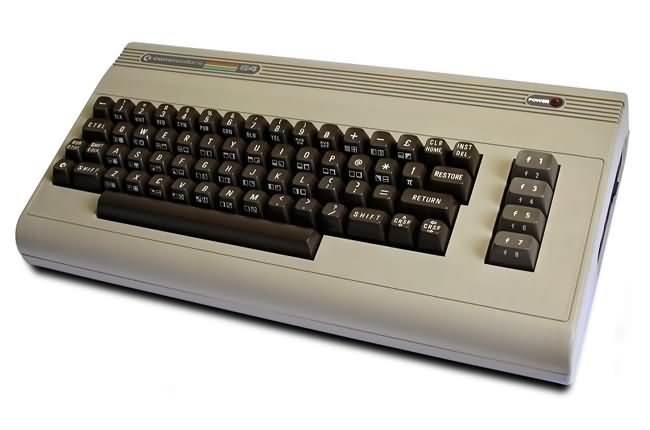 Initially it was sold with 64 kB of memory with sound and graphics performance that was superior to IBM-compatible computers of the time. The original price was $595 making it much more affordable than previous personal computers.
Its success was partly due to it being sold in retail stores instead of electronics stores, and that they could be directly plugged into a home TV without any modifications. 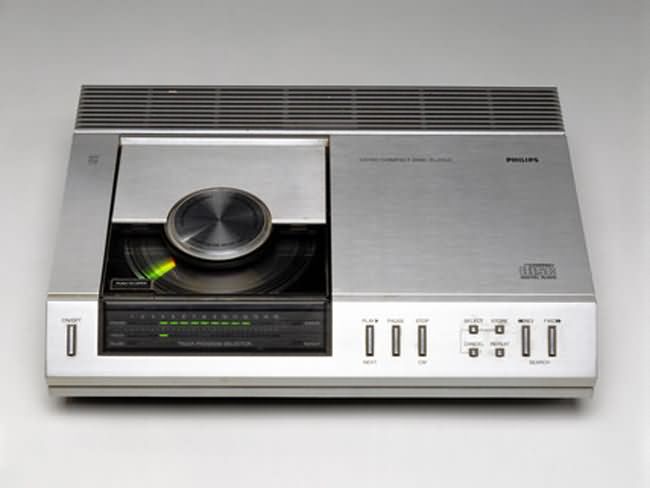 The music industry would change greatly with the advent of the CD and the compact disc player. Within 5 years of its introduction CDs were outselling records.
As the compact disc player became smaller and cheaper more and more consumers were able to purchase them, increasing the popularity of the format and cementing it as the most successful medium to date. 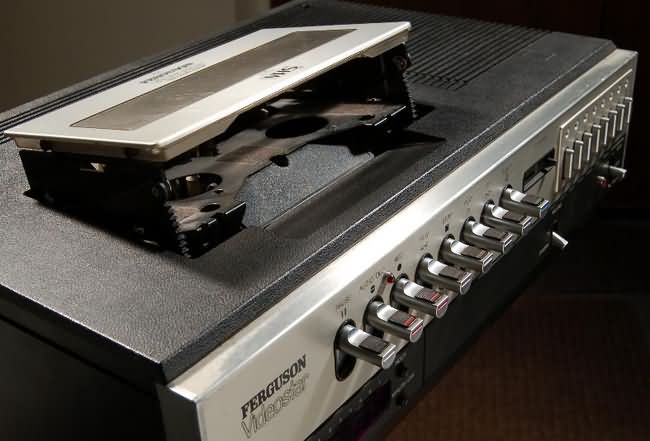 VHS or Video Home System made watching your favorite movies at home possible, bringing Rambo, Jaws and Karate Kid right into your living room.
Because of the open standard of the format companies were able to produce tapes without restrictions and licensing costs which helped make it much more wide spread. VHS quality is roughly equivalent to 333×480 pixels in todays standards. 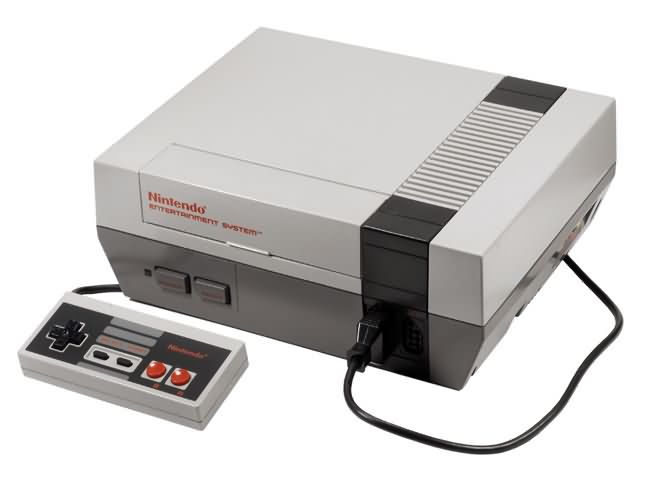 Bringing Mario, Zelda and a host of of the characters to kids all across the world, the Nintendo NES would revolutionize home gaming. The 8-bit system would launch with 18 availble games at a price of $250 making it reasonably obtainable.
Over the course of its lifespan it would go one to sell over 60 million units. 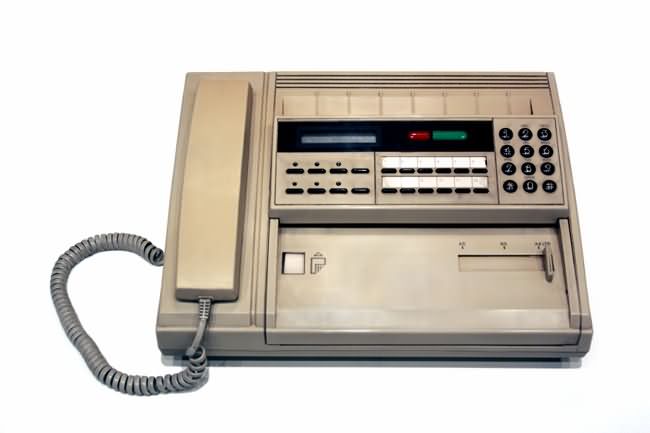 Prior to desktop models, fax machine were large bulky object. With models from Panasonic, AT&T and Murata workers were able to have them in their offices.
Most used thermal paper but a few high-end models were able to use legal paper. The higher end models also featured document feeders that could handle up to 5 pages at a time. Prices ranged from $550 to $5000. 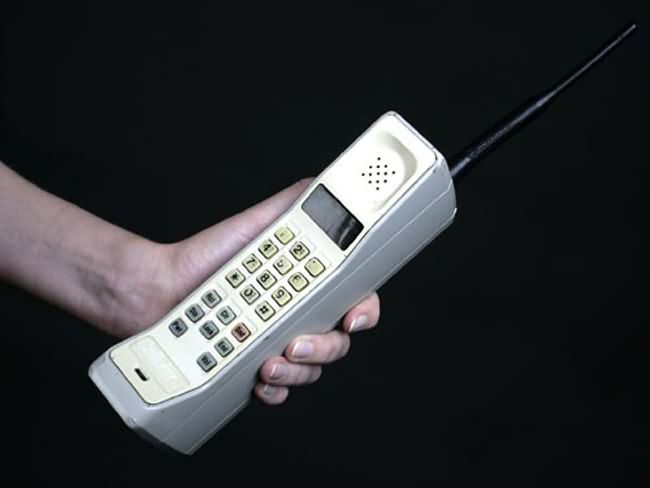 With cell phones becoming more and more common place it was now easier than ever to stay in touch with business associates, family members and friends. The early phones were a long way off from what we now have. They lacked text messaging capabilities, color displays, ring tones or a hundred other bells and whistles we are user to now but you could at least get ahold of people wherever they were. 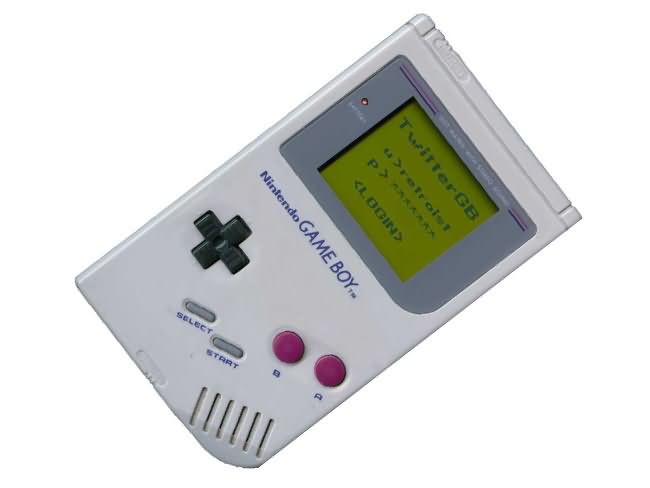 The 8-bit portable gaming system gave kids everywhere the ability to play their favorite game on the go. Going on to sell over 100 million units, it originally sold for $90. It required 4 AA batteries which would last roughly 12 hours.
The first edition sported a 2.6 inch monochrome display, 8 kB of S-RAM and a 4.19 MHz CPU. The Game Boy led the way for mobile gaming. 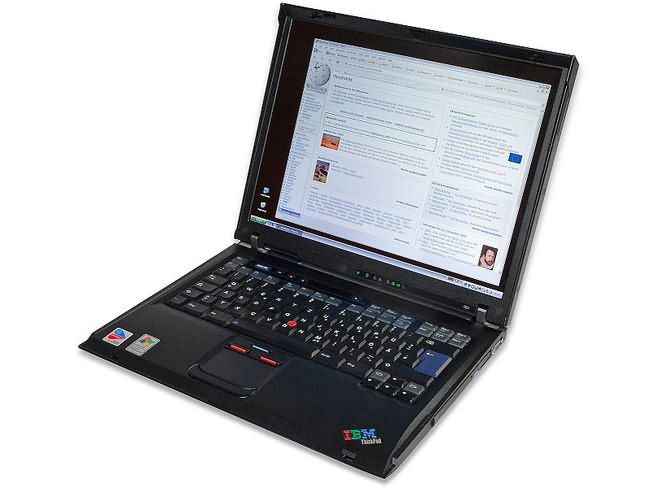 Still mostly owned by businessmen, the laptop would soon begin its ascension into every school, home and office. Early laptops used the Microsoft Windows 3.1 operating system, came with 25 MHz processors, 120 MB hard disk drive weighed nearly 7 lbs and cost over $4.000. As these number improved and as the market got more competitive the number of people owning laptops would sky rocket. 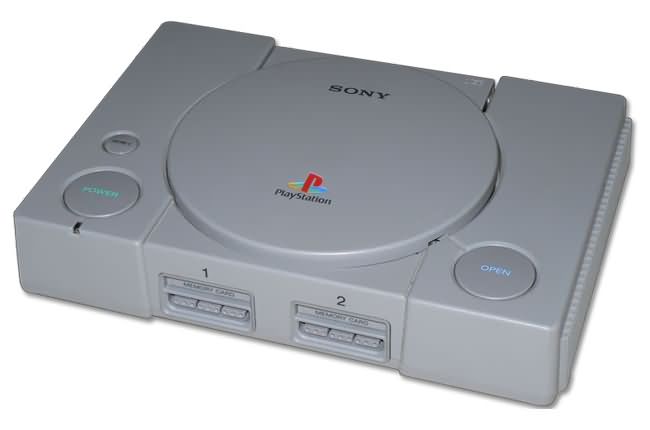 The Sony Playstation was another huge step for in-home console gaming. The success of the PlayStation is widely believed to have influenced the demise of the cartridge-based home console. To date it has sold 102 million units with the best selling game, Gran Turismo, selling nearly 11 million.
While the Playstation was not the first optical drive system, it was the first successful one. 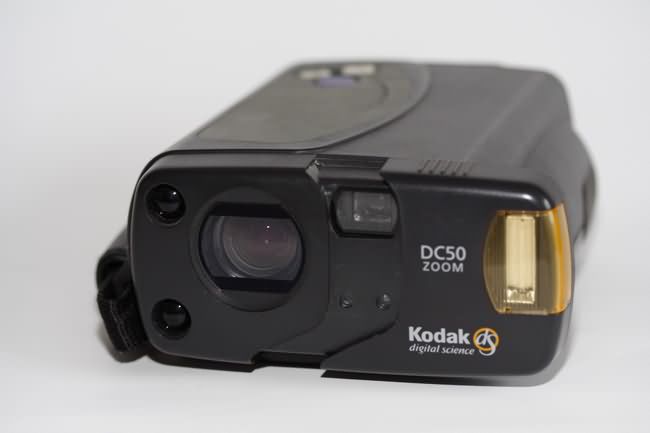 The DC50 from Kodak (pictured) was one of the first digital cameras intended for the consumer market. It originally retailed for around $1000.
It had a built-in flash, auto-exposure, 3:1 zoom lens, a black & white display and took photos at .3 megapixels. It used 4 AA batteries to power it. Without an additional storage card you were able to store anywhere from 7 to 11 photos depending on the resolution and quality settings. 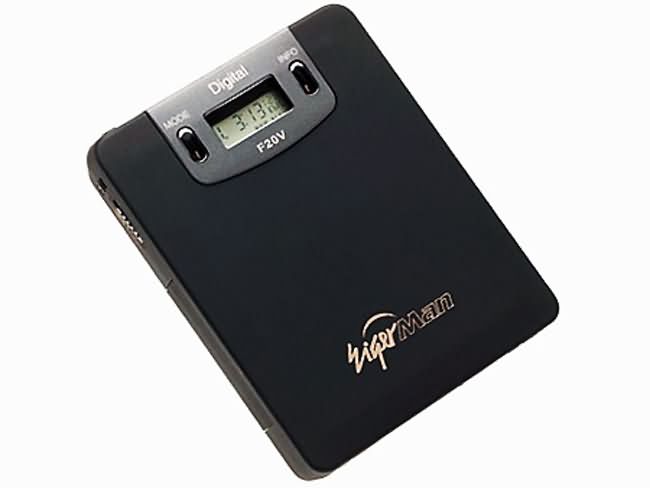 With the introduction of portable electronic MP3 players, people all over the world would now be able to take high quality audio with them anywhere they pleased. This would begin the era of on-the-go digital entertainment.
Kids and adults alike would soon be listening to Britney Spears, Green Day and U2 in their cars, at the gym and on the way to work or school.