Joshua Liner Gallery in New York is pleased to present an exhibition of new resin works and paintings by Yokohama based artist Riusuke Fukahori. This will be debut solo exhibition where Fukahori will represent his project The Painted Breath. Born in 1973 in Aichi, this Japanese artist is known by his unique work where he release his talent through a process of painting and within layers of resin leading to a three dimensional marvel that looks very real. He doesn’t see himself as a resin artist or a traditional Japanese artist.

Riusuke Fukahori is a goldfish fanatic. There is a symbolic connection between him and his unusual monstrance. There was a period of crisis in Fukahori’s life, when he was fed up with everything and wanted to quit working on his art projects. There was a pressure of getting a “real job” but then he saw his neglected goldfish in their dirty tank and recognized the magic of it. Goldfishes can’t survive on their own, they need to be taken cared of and can’t survive winter without heat lamps. This amazing artist saw himself in it’s weakness. It is a weakness of a modern human reflected in the evolution of goldfish. The vulnerability of this creature makes Fukahori addicted, and that is what keeps him focused. But since everyone can have a bad day, so can he. That’s why, when he loses his focus, he just sits down and observe goldfishes. He keeps dozens of these little fishes in bowls, tanks and buckets around his apartment. 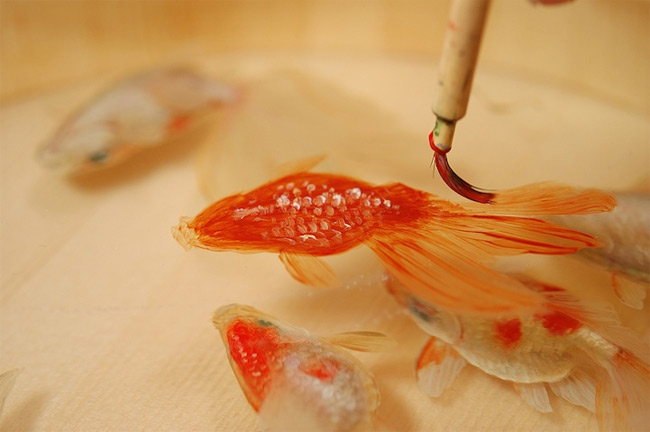 The artist does not use photographic source material, so when he paints, he paints from memory or sketches that he makes while watching them. Sketches are almost unrecognizable as a fish, but the most important is the sketch that stays in his mind. After sketching goldfish he uses the most interesting technique ever. He creates these realistic sculptures of swimming goldfish by a slow and meticulous process. First, he pours a layer of resin, lets it dry, and then paints a small portion of the fish on top it, lets it dry, and then pours another layer of resin, repeating this process until he makes a three-dimensional representation of a goldfish. There are many imitations of his art but this is what he says about them: “They will never understand goldfish the way I do. They are only copying the craft, not the soul.” 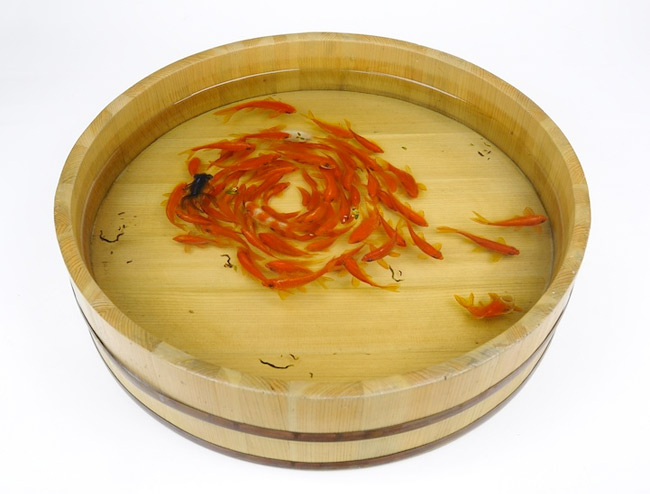 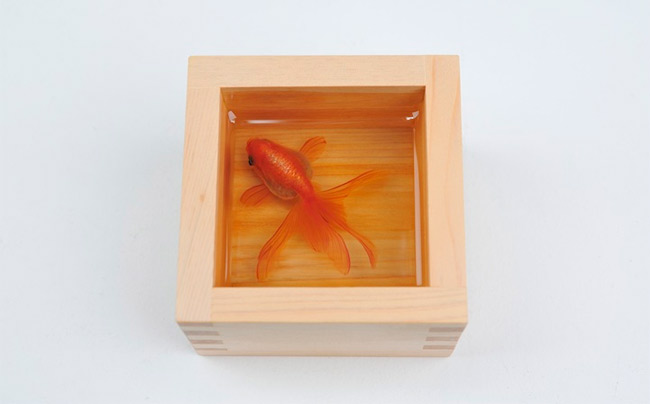 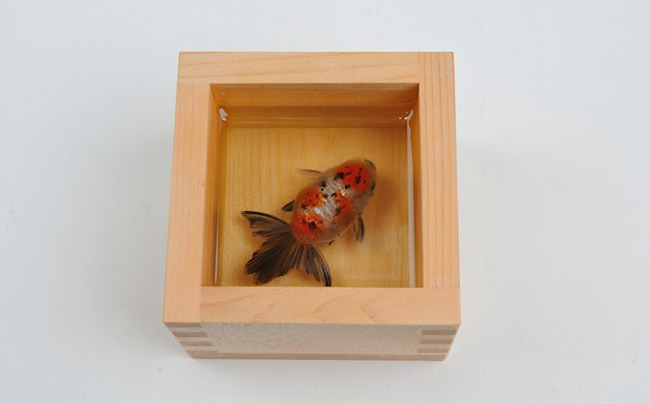 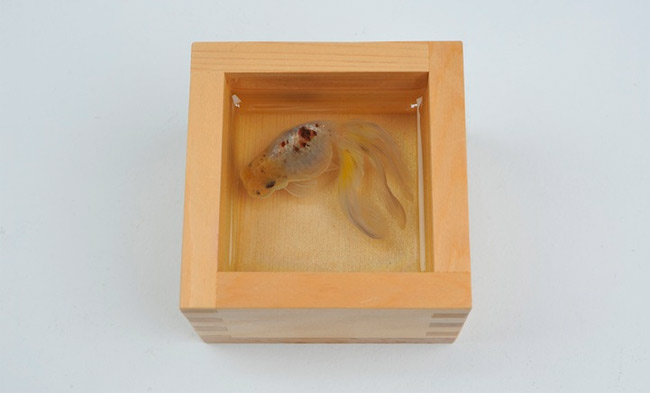 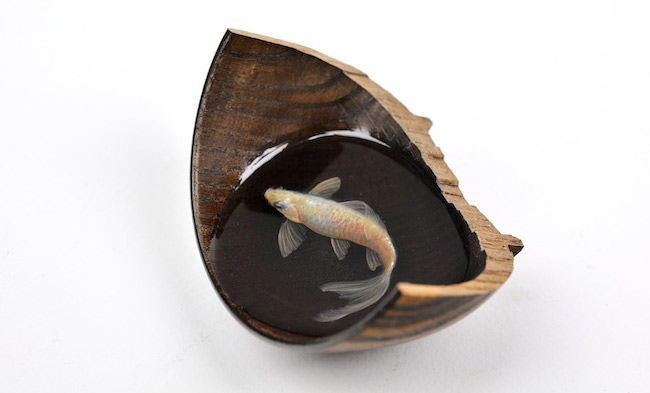 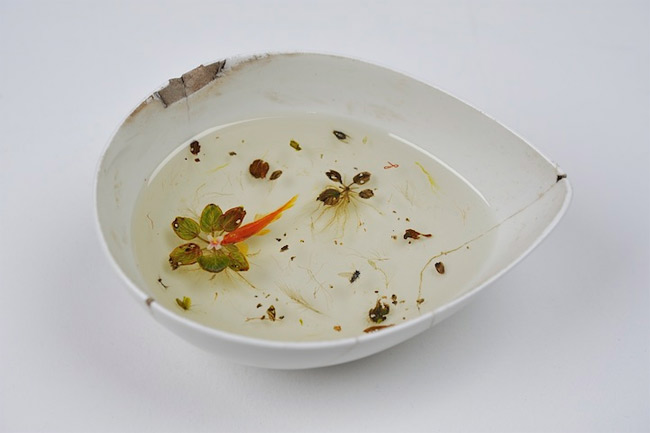