Roadsworth is a street artist that stencils drawings on pavement and has also gotten arrested for his works of art. 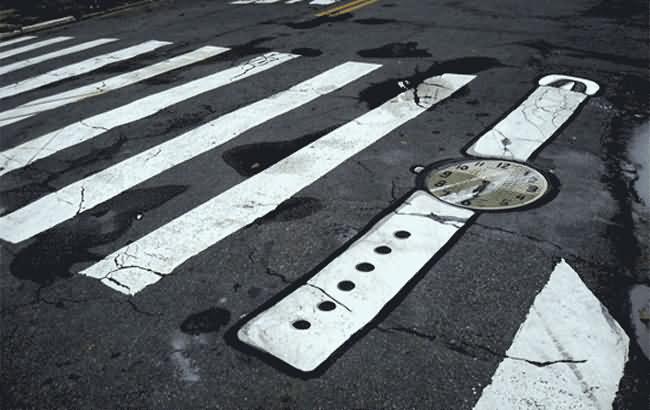 He started out by painting bicycle symbols on the streets of Montreal, similar to the ones used to designate the city’s bike paths. An advocate for bicyclists, he wanted to show the public that bicyclists should get their fair share of the road, along with the motorists. 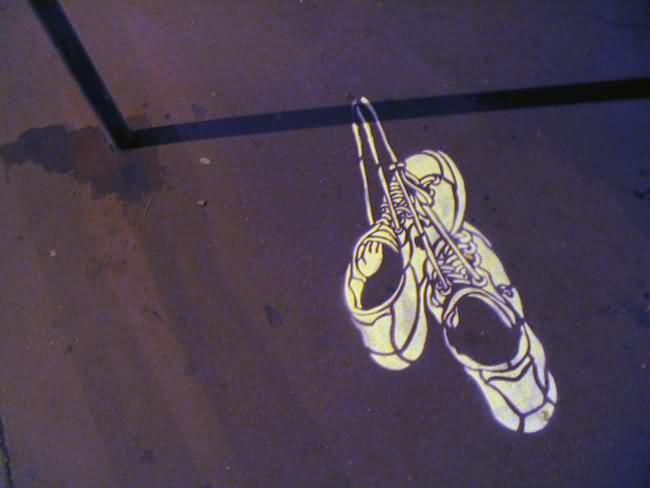 From his artist statement: “For a long time I had been grumbling about the ill effects of a society dependant on oil and bent on over-consumption in general and our seeming unwillingness and/or inability to confront these issues despite our better intentions. The more the litany of complaints grew over an overstrained health-care system, obese children, bronchial disease, traffic congestion, pollution, global warming, war etcand the human misery these cause, the bigger and more fuel guzzling cars there were, the longer the lines of traffic grew and the hotter and smoggier the summer seemed to get.” /> 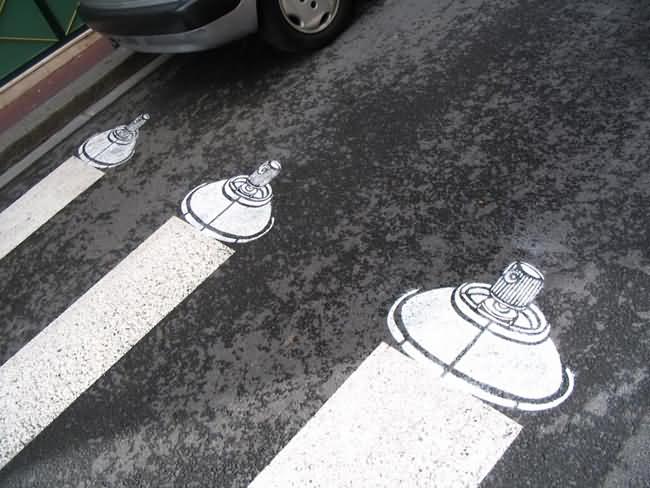 “What began as a form of activism rooted in a desire for more bike paths and justified by the rationale outlined above eventually grew into an art project that, to a certain extent, continues today. Fuelled by a sense of righteous indignation I also felt empowered by the expressive and creative outlet that street art afforded me. Instead of feeling like a helpless passenger on a train headed for disaster I felt that I had created a voice for myself amid the noise of the city.” 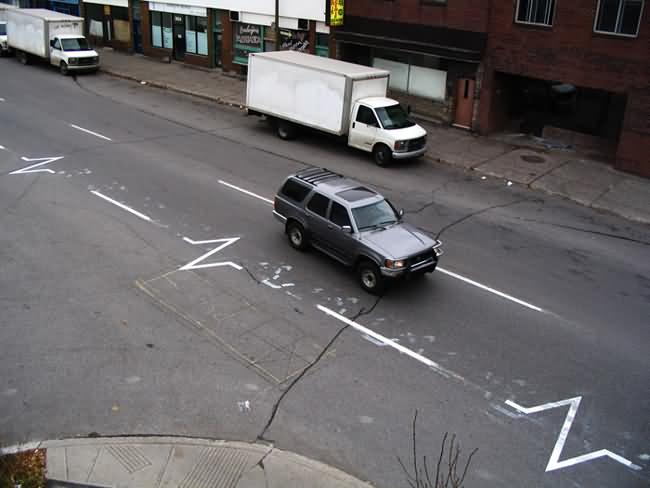 In 2004 Roadsworth was arrested for these activities and charged with 53 counts of mischief for his “graffitti”. He received a lenient sentence mostly because of the public support he received. Here some more pics of Roadsworth art: 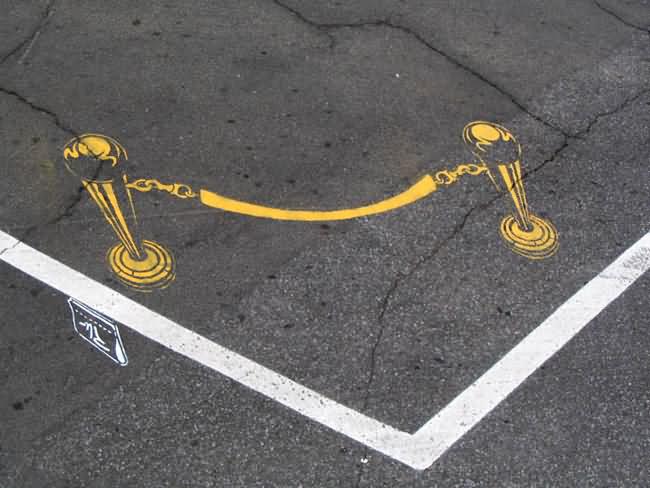 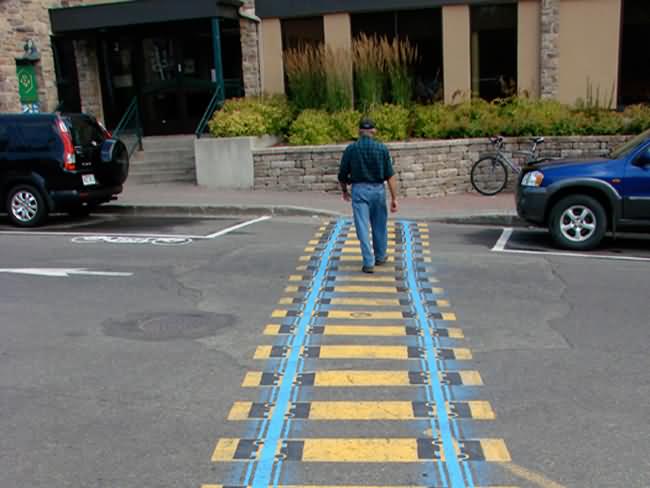 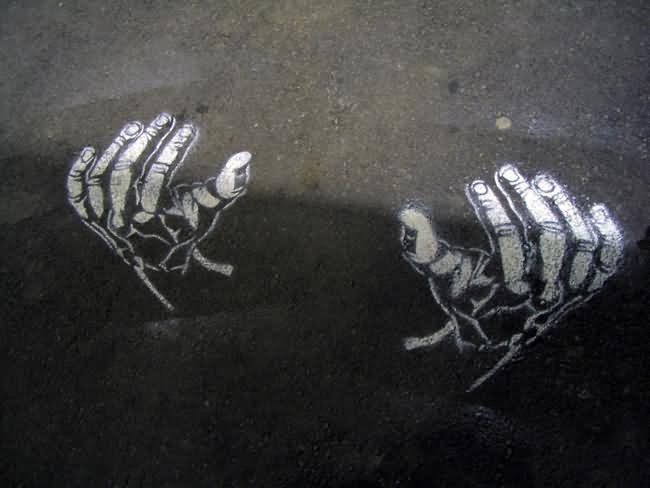 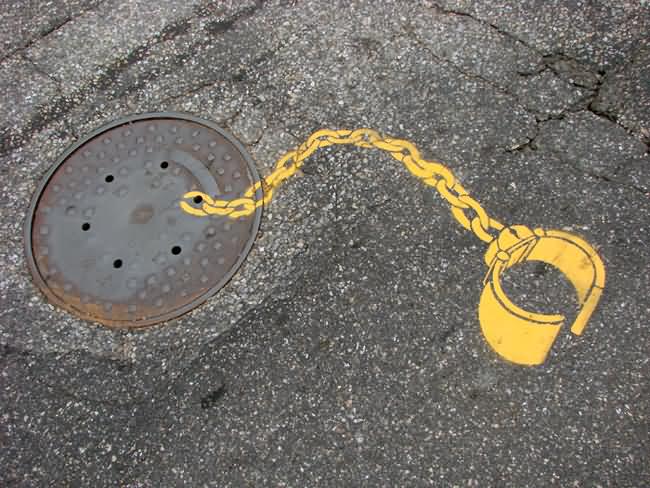 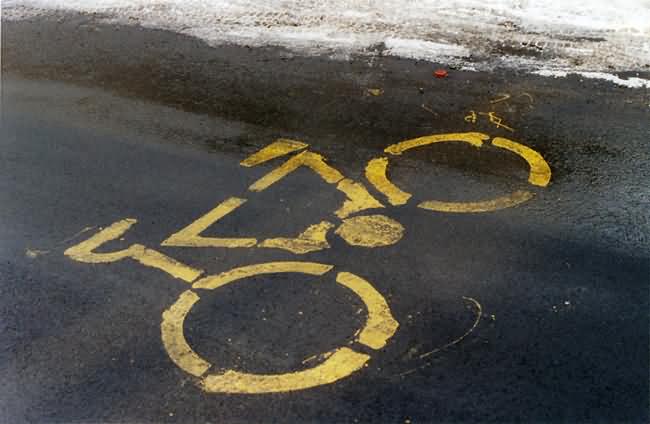 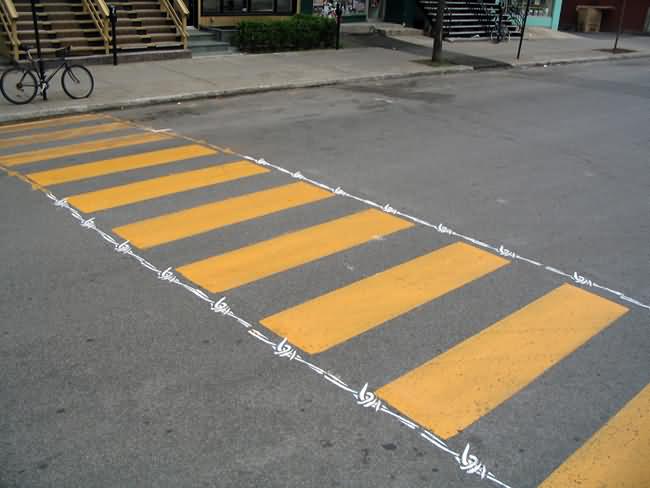 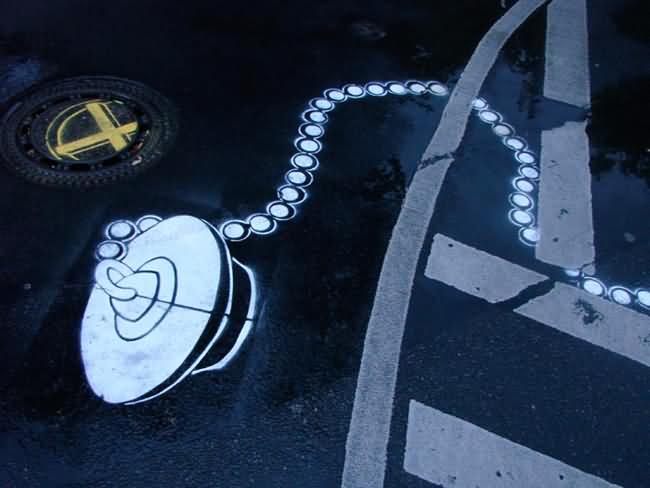 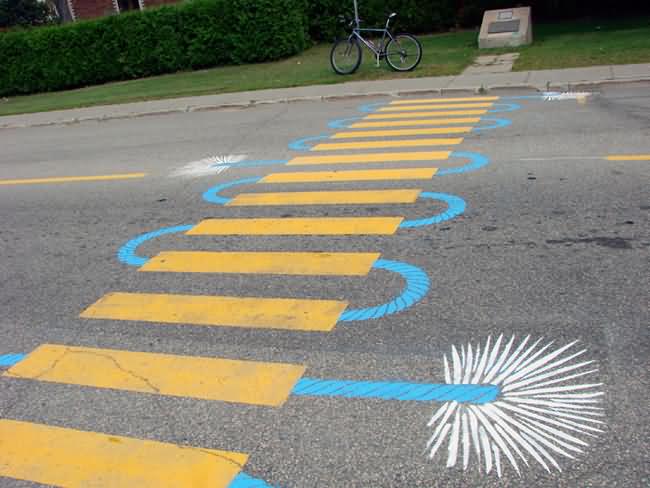 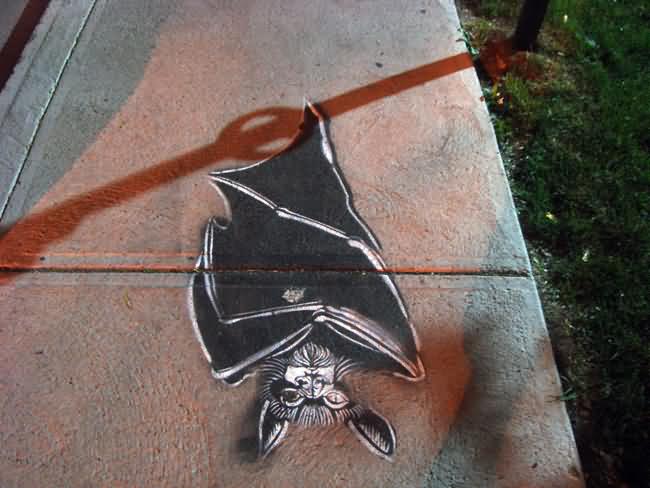 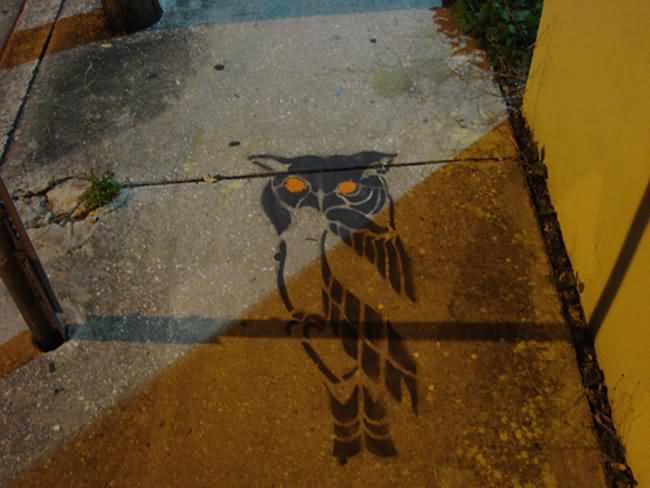 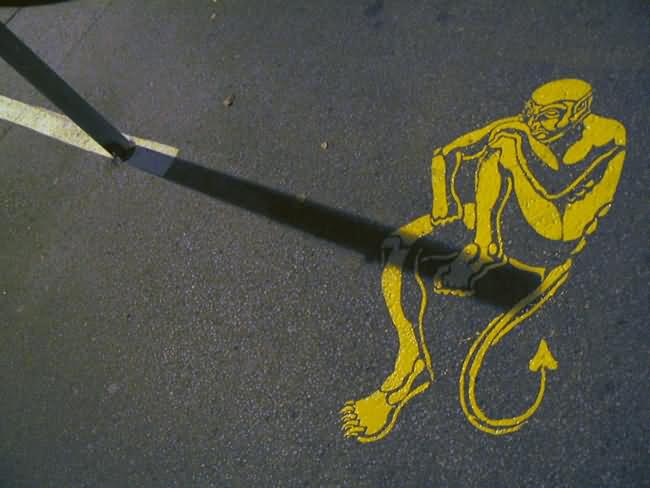 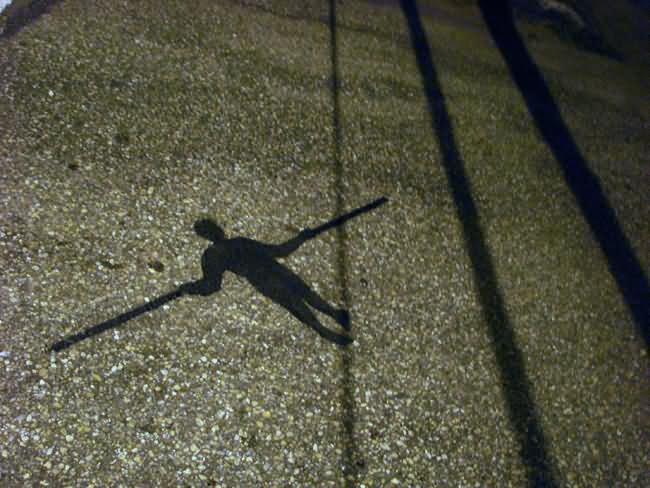 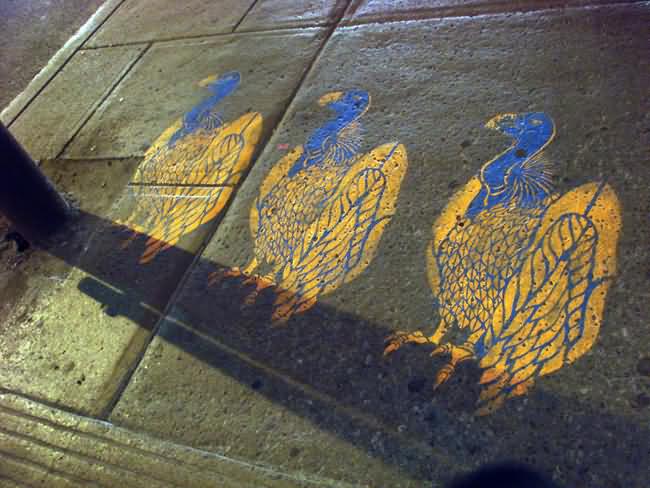 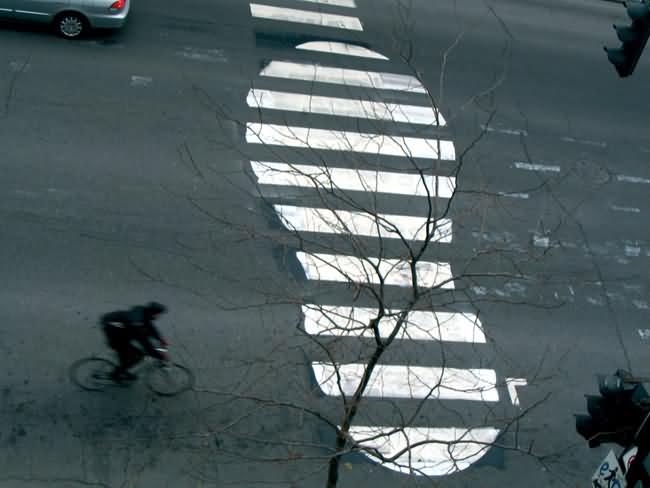 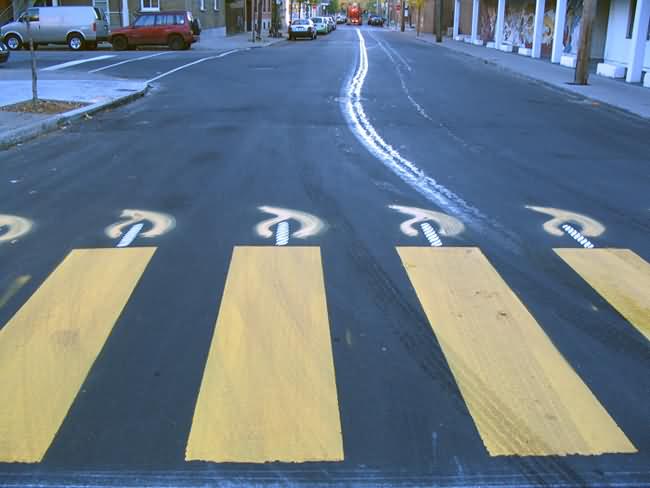 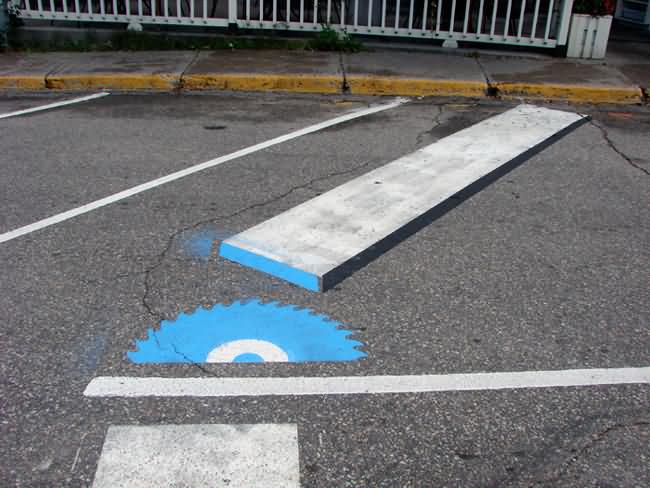 I think seeing this kind of artwork on the pavement would make crossing the street more interesting. Instead of looking at boring things like birds, nature, and cute UPS guys delivering packages, I could focus on the fun things in life, mainly the looks of confusion on people’s faces when they come across these drawings.