Animals have been the subject of myths, urban legends and old wives’ tales for so long that it has become hard to separate fact from fiction. The behaviour of animals is so mysterious and foreign to us that we will often believe just about anything we are told about them. Most of these myths are not true as described in this cleverly written and interesting post by Misconception Junction. 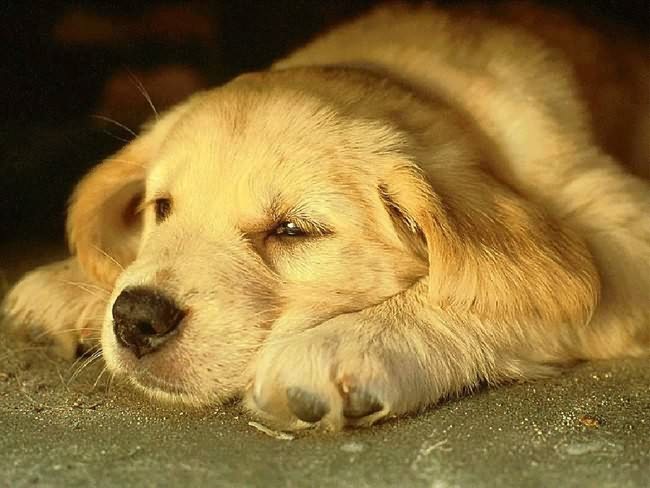 There is a popular belief that dogs age seven years for each calendar year because the lifespan of a dog is about one seventh in duration to a human’s average lifespan. So a two year old dog corresponds to a fourteen year old human teenager in the terms of this aging processes. This model, however, is completley incorrect. In fact, determining the exact age of a particular dog, relative to a human scale, is much more complex than that with the ratio of dog years to human years varying with the weight, breed, and health condition of the dog.

Canine aging is much more rapid during the first two years of a dog’s life relative to the first fourteen years of a human’s life. It turns out, for many breeds, the first year of a dog’s life is equal to about 14-15 human years. Later, depending on the dog`s size in pounds typical for its breed, the same number of actual years corresponds to different number of human years, with this scale varying greatly from breed to breed. There are four main groups of dogs each having a different ratio of translating dog years to human years: small dogs (20 pounds or less), medium dogs (21-50 pounds), large dogs (51-90 pounds) and giant breeds (more than 90 pounds). Large dogs mature more slowly but at the age of five they will be considered elderly, while small and toy breeds are not considered seniors until the age of ten. So overall, after the first two years, the ratio is about 5 dog years to 1 calendar year for small and medium breeds and 6-7 dog years to 1 calendar year for large and giant breeds. That is why at 10 years of age a Great Dane would be considered 80 years old on the human age scale while a Pug would only be 64.

So the bottom line is, the old thumb rule that one dog year equals seven years of a human life is not at all accurate. The ratio is higher during first years of the dog’s life and decreases as the dog ages. 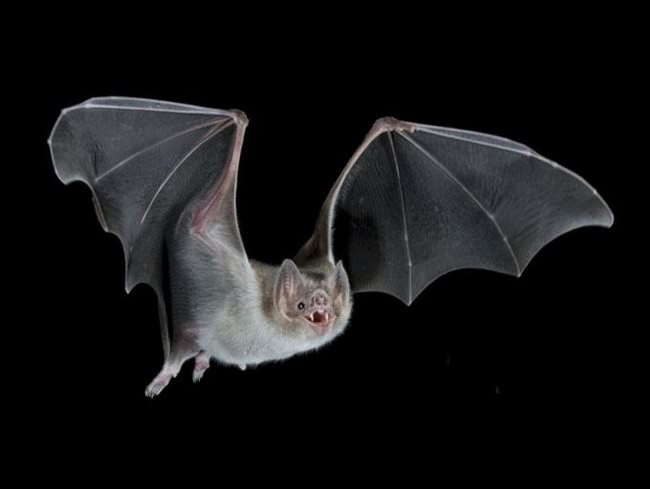 The saying “blind as a bat”, simply isn’t correct. The truth is that all 1,100 bat species can see and often their vision is pretty good, although not as excellent as many other night-hunting animals. There are two main groups of bats, which are believed to have evolved independently of each other, but both from a common ancestor. The first group, Megachiroptera, are mostly medium-sized or large bats who eat fruits, nectar, and sometimes small animals or fish. These species have pronounced visual centers and big eyes as they use senses of vision and smell to capture their prey. For example, Flying Foxes are able not only to see well during daylight, but also can see in color. They actually rely on their daylight vision and cannot fly during moonless nights. The second group, Microchiroptera or “micro bats”, are smaller in size and mostly eat insects. These species (about 70% of all bats) use echolocation to navigate and identify the food. There are two types of photoreceptor cells in the retinas of mammals: the cones, for daylight and color vision, and the rods, for night vision. Until recently, micro bats that are nocturnal were believed to have only rods. However, now scientists have proven that despite their poorly developed small eyes, these bats still can see during the day. Even considering mostly nocturnal lifestyle of these bats, they have to be sensitive to changing light levels because this is how they sense when it is night to start hunting. Moreover, vision is used by micro bats to navigate over long distances, beyond the range of echolocation.

Otherwise, nocturnal bats guide themselves in the dark using a special sonar system. While flying, bats make high-frequency sounds that bounce off objects and return to the bats as echoes. Bats’ brains then process the auditory information into visual maps, which allow them to “see” in the dark. However, in the daytime or when there is otherwise sufficient light available, they are perfectly capable of using their eyes to see as well. So the truth is, there are no bats which are naturally blind. Some species use their sense of hearing more than their eyes as a matter of adaptation to a particular lifestyle, but their eyes are still functional.

Goldfish Have a Three Second Memory 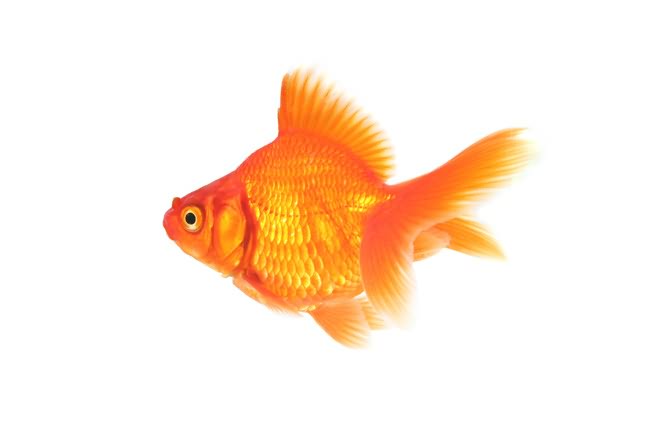 In fact, goldfish actually have very good memories for fish. They can be trained to respond various ways to certain colors of light, different kinds of music, and other sensory queues. Not only that, but they seem to be able to remember things they are taught as much as a year later. Researchers have successfully taught goldfish to play fetch, push levers, do the limbo, and even play soccer. If they are fed around the same time of day, they also remember that and will anticipate the feeding leading up to that time, which implies they have a very good sense of time.

Goldfish also have been shown to be able to recognize their masters and even pick their favorites (usually the one who feeds them). Around certain people the goldfish is very familiar with, they will often be much more active when they see the person and even sometimes stop considering the person any sort of threat, including if that person sticks their hand in the water and tries to touch them. Around strangers, on the other hand, the goldfish will often hide. Blind goldfish also exhibit this same type of behavior, except they respond to the voice of their owner, similarly to how the non-blind goldfish respond to the sight of their owner. 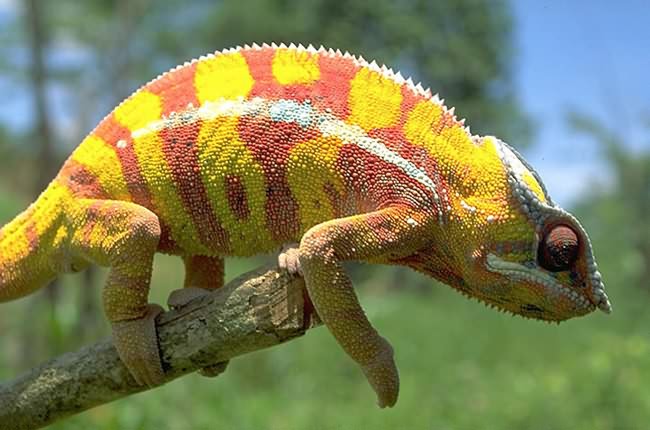 Chameleons don’t change color to match their environment. Rather, they change color as a response to mood, temperature, health, communication, and light. Now, not all kinds of chameleons have the ability to change color and some only have limited ability for color changing, for instance, many types of chameleons can only turn, green, brown, or gray. Others have the ability to change to a variety of different colors including: pink, blue, red, orange, green, black, brown, blue, yellow, turquoise, and purple. Of the ones that can change color, they’ll often change to darker shades, when they are cold, and will lie out in the sun during this time. Likewise, if they are hot, they can change to lighter colors which will reflect the sun better, helping to cool themselves off.

Most color changes though are simply due to mood changes or for communication purposes. For instance, the Panther Chameleon will change to red and yellow when they are angry or are getting ready to attack. This serves as a warning to other chameleons and humans to back off. Some types of male chameleons will also change to mixed bright colors when they are trying to attract a nearby female chameleon.

Koalas Are a Type of Bear 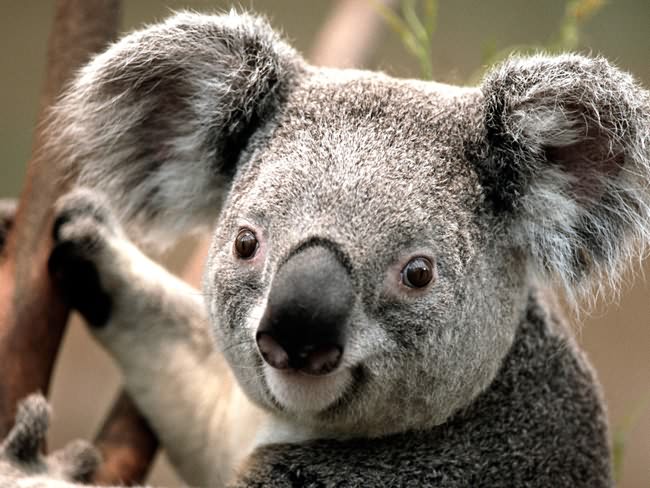 Koala “bears” aren’t a type of bear at all, as it turns out, and their non-scientific name doesn’t include “bears” on the end, as is commonly spoken outside of Australia by the English speaking world. They are simply “Koalas”. So if they aren’t a member of the family Ursidae (bears), what are they? In fact, they are marsupials, along with kangaroos, wallabies, wombats, and possums, among others. Marsupials have the distinctive feature of a pouch, called a “marsupium”. Unlike most marsupials though, a female Koala’s pouch opens downward, rather than upward.

The name “Koala Bear” is thought to come from English speaking settlers around the 18th century, who frequently would name new animals they saw based on what animal it looked like that they were familiar with. Around this same time, Koalas were also often referred to as “tree-bear”, “sloth”, “monkey-bear”, and other such names by these same settlers. While Koala’s may look cuddly, they are anything but. There fur is not soft and fluffy like it appears, but rather has more of the consistency of wool. So snuggling with a Koala would feel about like snuggling with sheep, only Koalas have long claws and incredibly strong grips. They also are very solitary animals, preferring to be by themselves most of the time, so make poor pets. 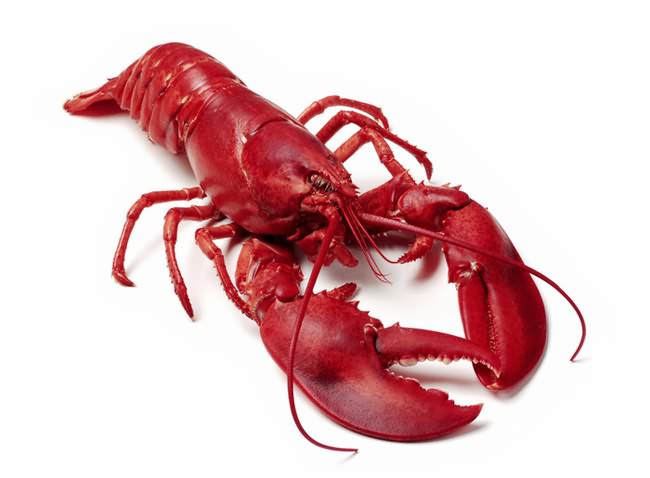 Lobsters do not mate for life, contrary to popular belief. The origins of the myth that they do mate for life are not completely known, but this myth was first publicly popularized on an episode of Friends (Episode 2.14) where Phoebe says Ross is Rachel’s “lobster” and goes on to say that it is a “known fact that lobsters fall in love and mate for life”, Not true Friends writers. Not only do Lobsters not mate for life, but the male lobster pretty much gets it on with every female lobster that comes a knockin. With lobsters, the female seeks out the male. Occasionally, a line will even form outside the male’s little lobster home, with each female waiting her turn for some lobster lovin. 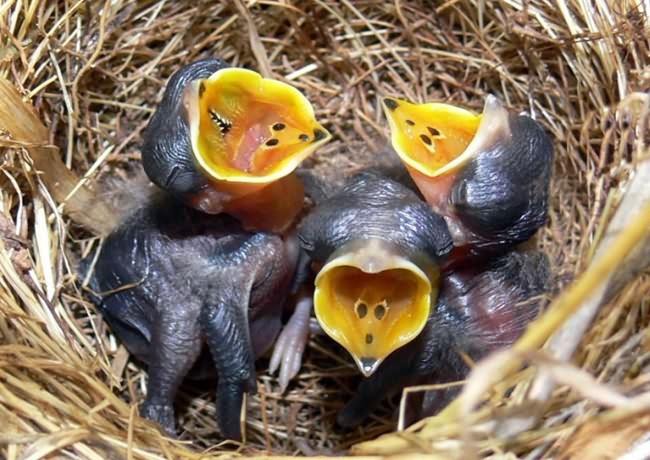 You’ll often hear this myth stated that if you touch a baby bird, the parents will completely abandon it and it will die. In fact, most birds have a very poor sense of smell, so in most cases are unable to even notice human scent on baby birds (even a skunk’s spray doesn’t seem to bother many types of birds). Not only that, but most types of birds aren’t so quick to abandon their young when they sense danger. Some types will even do their best to defend their young when they are directly threatened, if they can. In fact, the very few known cases where parent birds sometimes temporarily abandoned their nests from something handling their young, comes from handling the eggs and the parents noticing by sight, not smell. When this happens, the parent birds usually won’t care, other than to be a little more cautious than normal. Occasionally, they may temporarily abandon the nest in order to better observe whether whatever disturbed their nest comes back. But this is all as a result of seeing something, not smelling. Indeed, in most cases, even if the nest is destroyed by wind or something to that effect, you could create a new one and put all the nestlings back in it and the parents wouldn’t care that when they left their baby birds were in a different nest than when they came back, so long as you put the new nest near where the old one was so they can find it.

So unless you know for a fact that the parent birds are dead, you can choose to either leave the bird there or put it back in the nest. Taking it home to take care of it is a bad idea as there are certain things they need to learn from their parents such as behavior, vocalizations, and survival skills, that you are poorly equipped to teach them. If you know for a fact that the parents are dead, you should contact your wildlife rehabilitator, who will be able to properly care for the birds.