There is no two exactly the same snowflakes. Actually there might be, but it is almost impossible to find twin snowflakes due to differing temperature and humidity regimes on the snowflakes way to your hand. They come in different shapes and sizes while falling through the Earth’s atmosphere. They are just aggregations of ice crystals but still there is something magic about them. The Russian photographer Alexey Kijatov’s DIY camera may not appear to be very sophisticated, but it captures the beauty and the perfect shape of snowflakes in Moscow. All of the photos were taken in natural light, and some of them are captured while these ice crystals crawl against the piece of glass. The elegant geometry is shown without fancy and expensive equipment. He was taking these photos on his balcony in Moscow, so the spontaneity is what gives them this amazing sparkle. 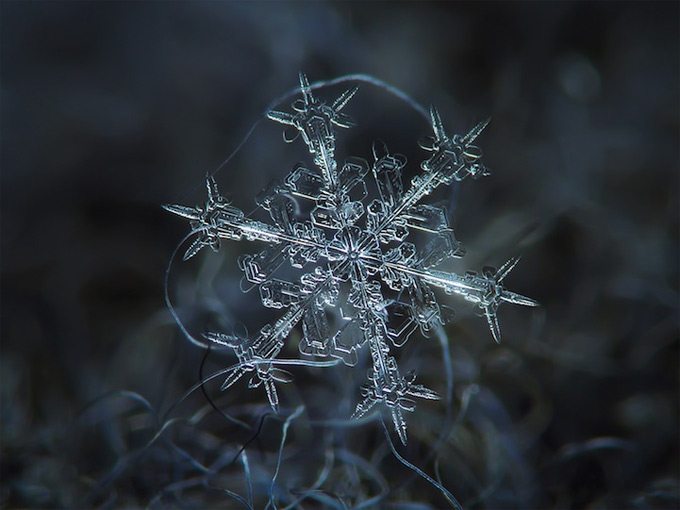 His found the inspiration in Don Komarechka, Canadian based professional photographer, who recently published great book about his methods of snowflake photography, physics of ice crystals formation and many other interesting topics. Also, biography and work of Wilson Bentley, pioneer of snowflake photography influenced his work. When we look out the window on a snowy day, we stop seeing a scintillating sea of microscopic crystals too vast to count. There are just white paths and we rarely remember to ask ourselves what is the secret beauty of the snowflake. The appearance of white color is one of snowflakes powers, they are clearly made of ice but this is due to diffuse reflection of the whole spectrum of light by the small crystal facets. Other powers you can see on Alexej’s photos. Using very simple techniques, his macro photography makes individual snowflakes look like otherworldly castles, frozen in space as well as time. 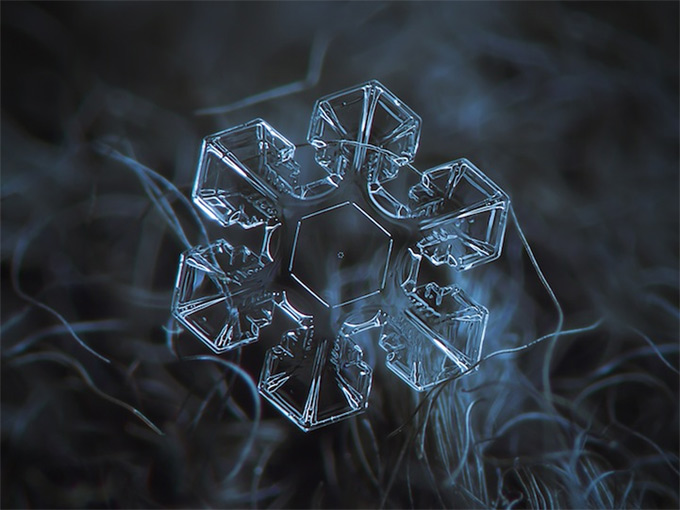 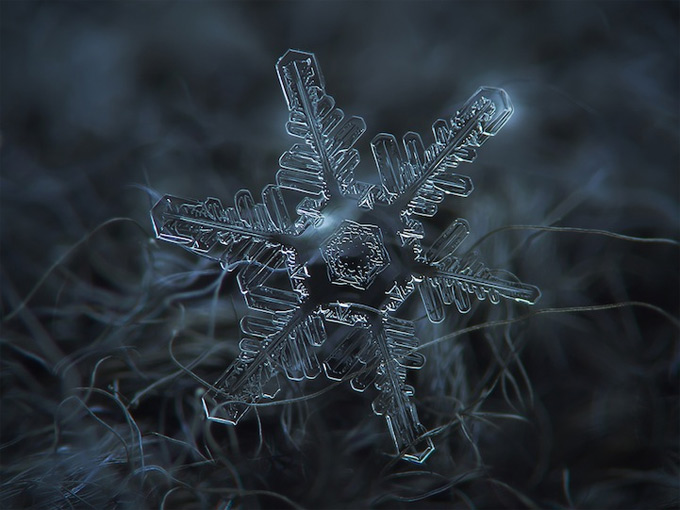 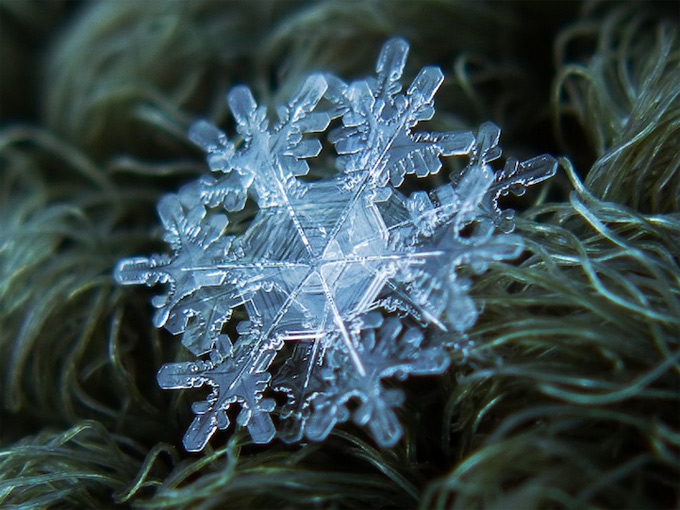 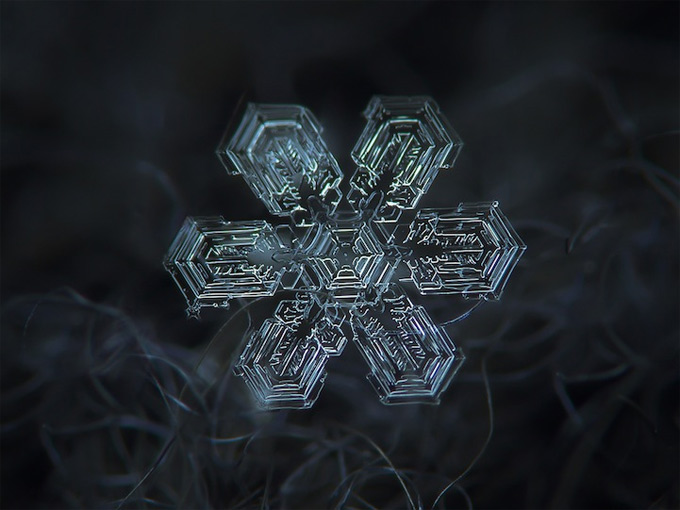 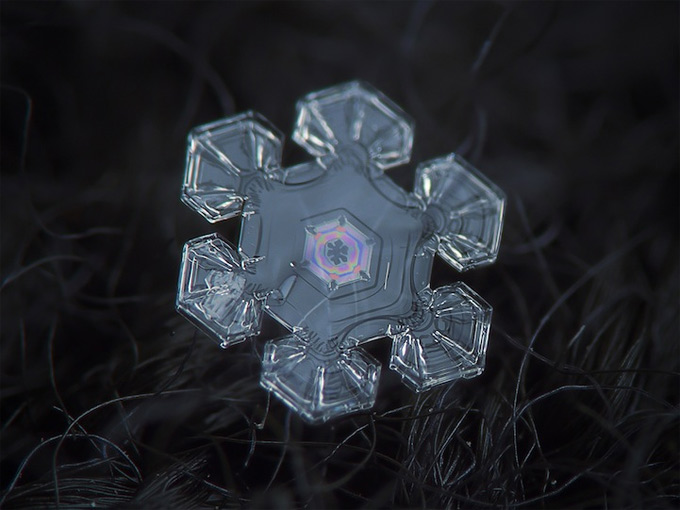 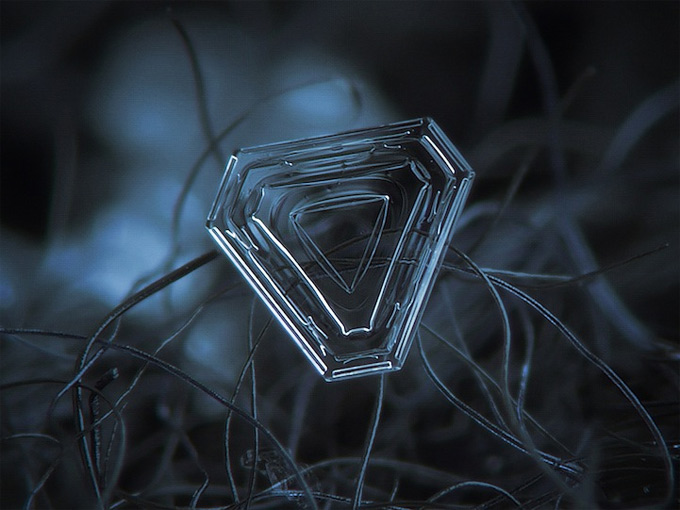 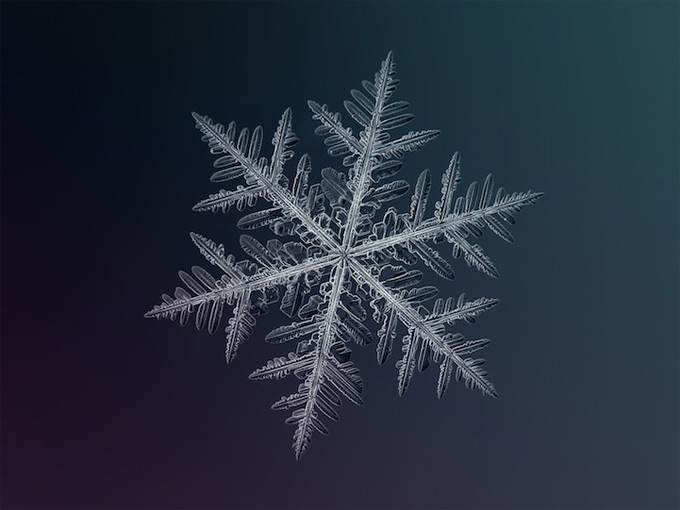 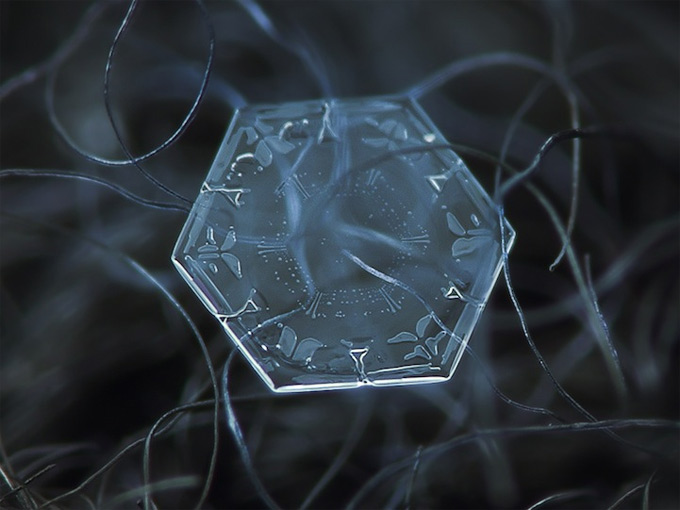 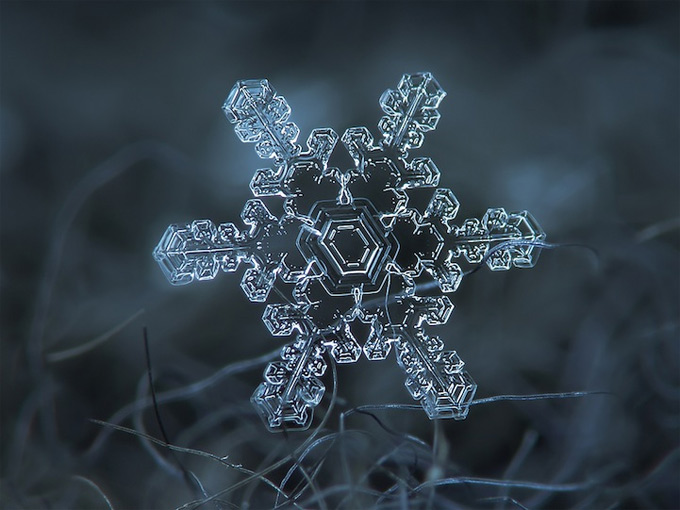 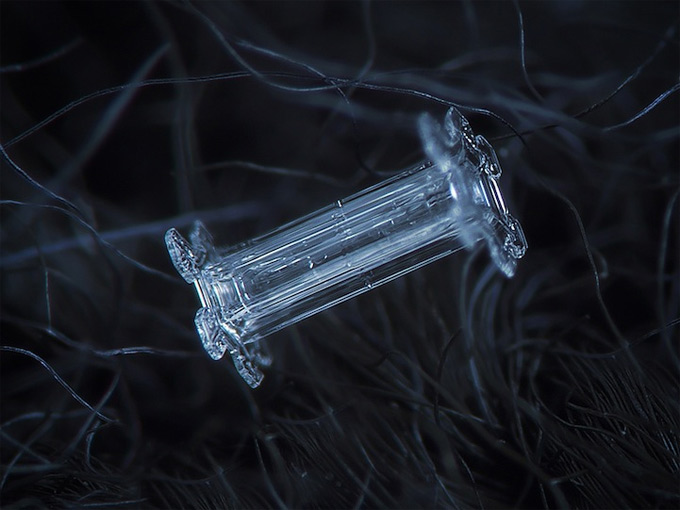 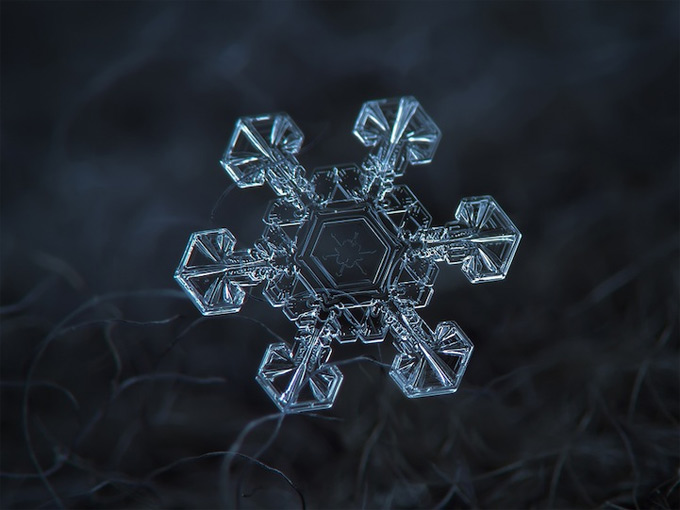 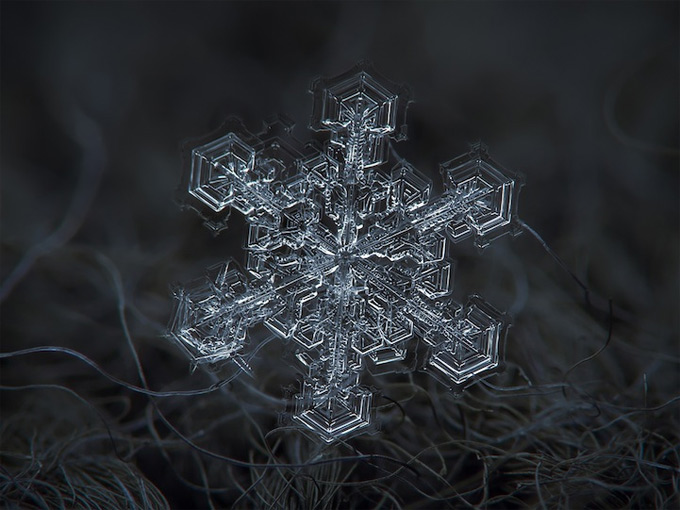 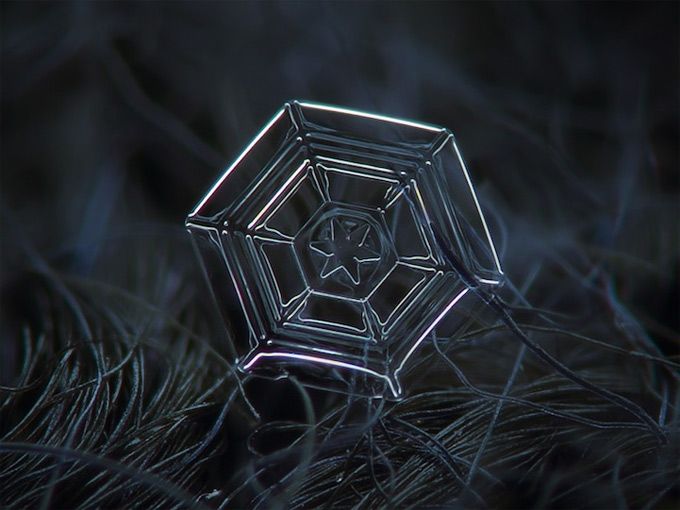 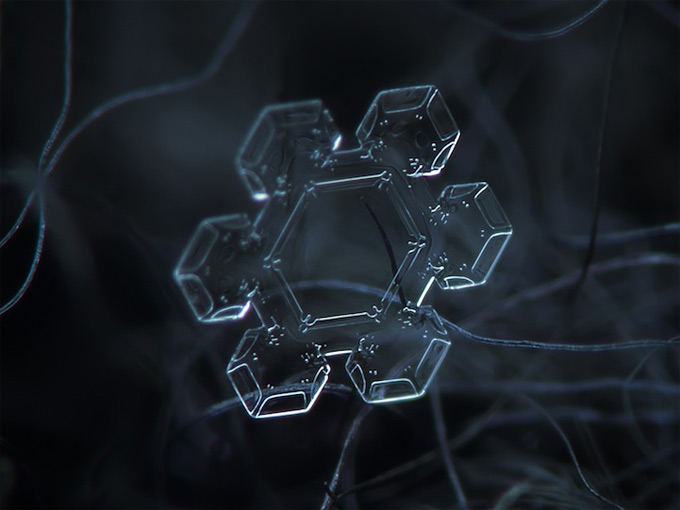 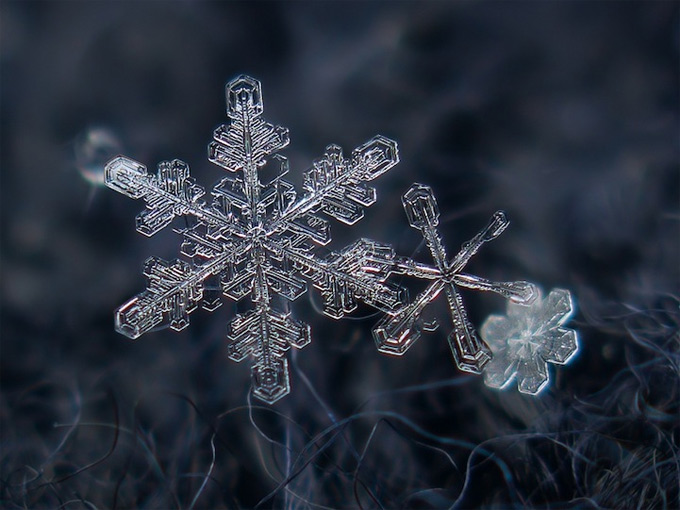 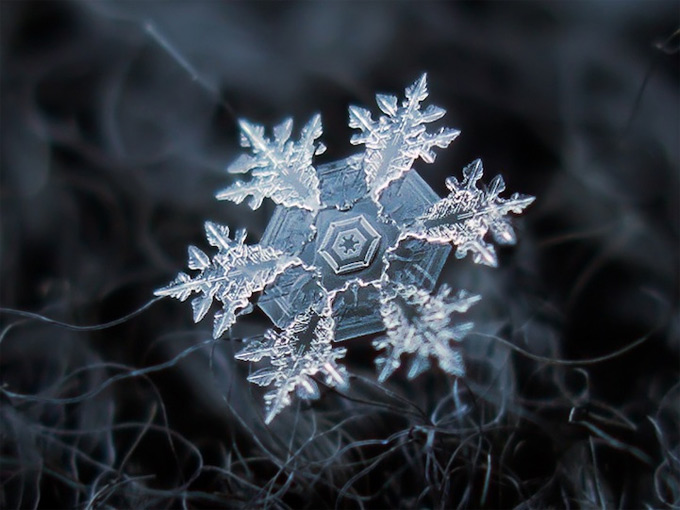 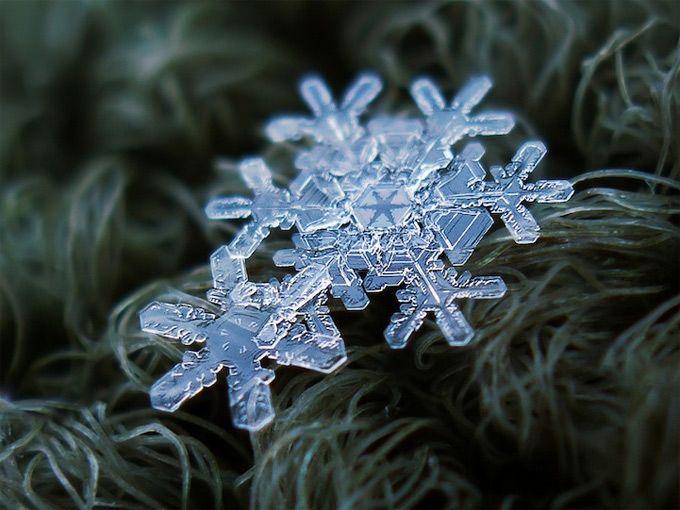 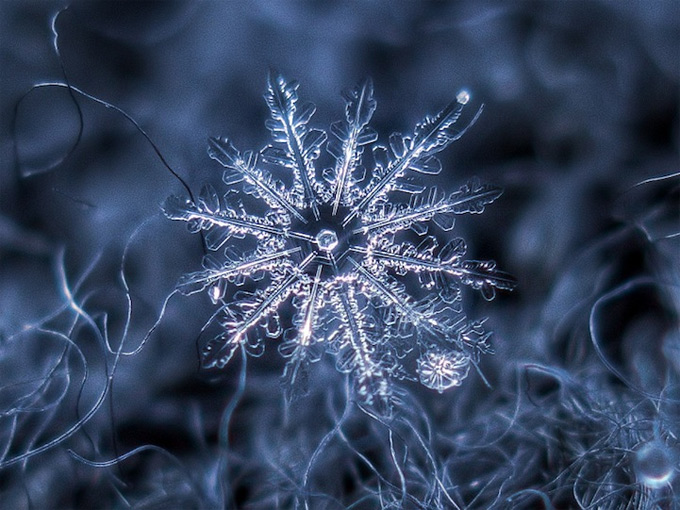