Better Out Then In project by graffiti artist and political activist Benksy took the streets of NYC during the October 2013, leaving one work of art daily, documenting it on both a dedicated website and an Instagram account. The title Better Out Then In refers to a quote “All pictures painted inside, in the studio, will never be as good as those done outside.” by a French artist and Post-Impressionist painter Paul CÃ©zanne.

Some of the work has been destroyed, but luckily for us, even the destroyed art was documented thanks to the technology era we live in. Now in November, we can look back in his 31 day work fullfilled with his genius sense of humor. Here is our list of top 10 best Benksy’s art work in NYC.

He crafted a giant fiberglass sculpture of Ronald McDonald, with a real live Benksy assistant shining its shoes. It was unveiled in The Bronx but was moved outside of a different McDonald’s restaurant across the city around lunch time for several days 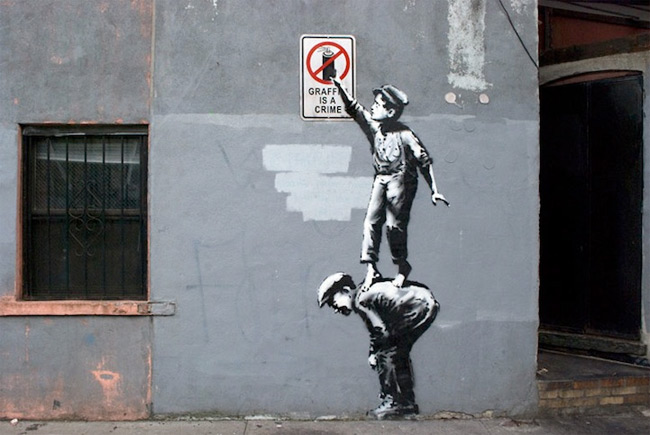 “Streets in play” photo captures a boy reaching out for a bottle of spray and writing “Graffiti is a crime” the piece has audio accompaniment that can be heard either on the website or by calling a toll-free 800 number.

8. October 15th, on a building in TriBeCa 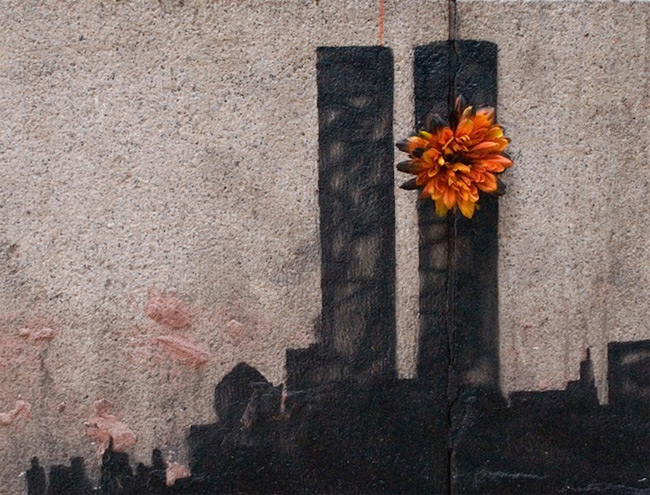 This one represents former Twin Towers, with a burnt-orange chrysanthemum in place where one of the hijacked airplanes struck the North Tower. 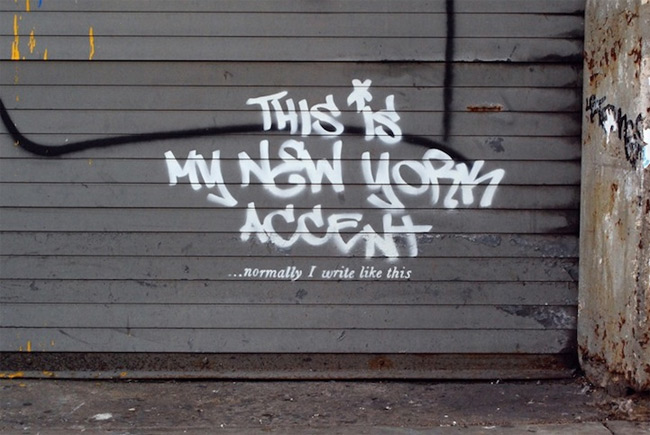 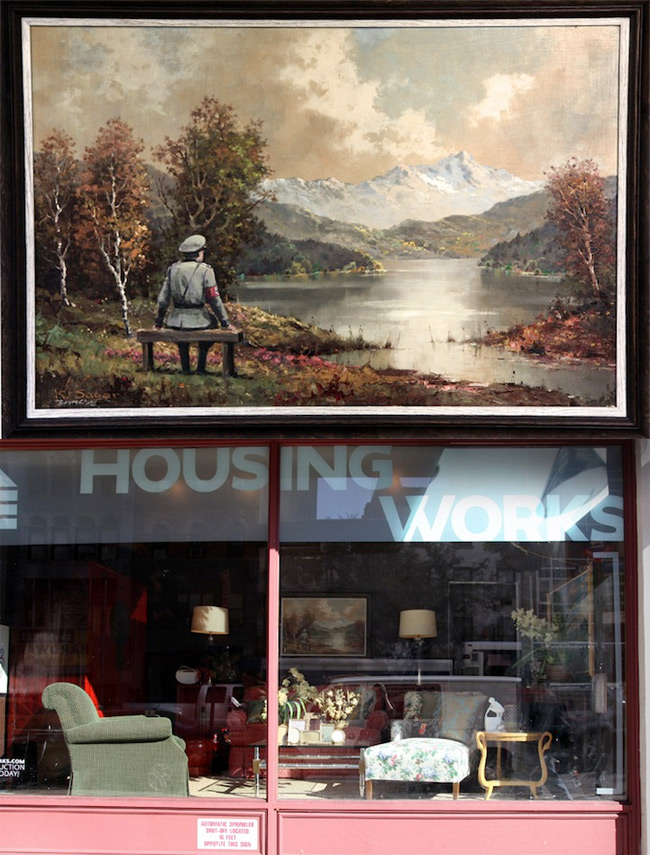 Sarcastic way of representing the New Yorker accents and attitudes. 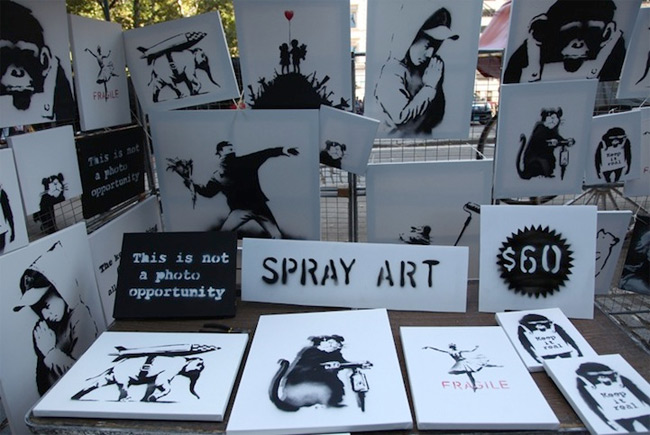 The “Art Sale” setup in the park, where people could buy his original art work for $60 without knowing its Benksy’s. 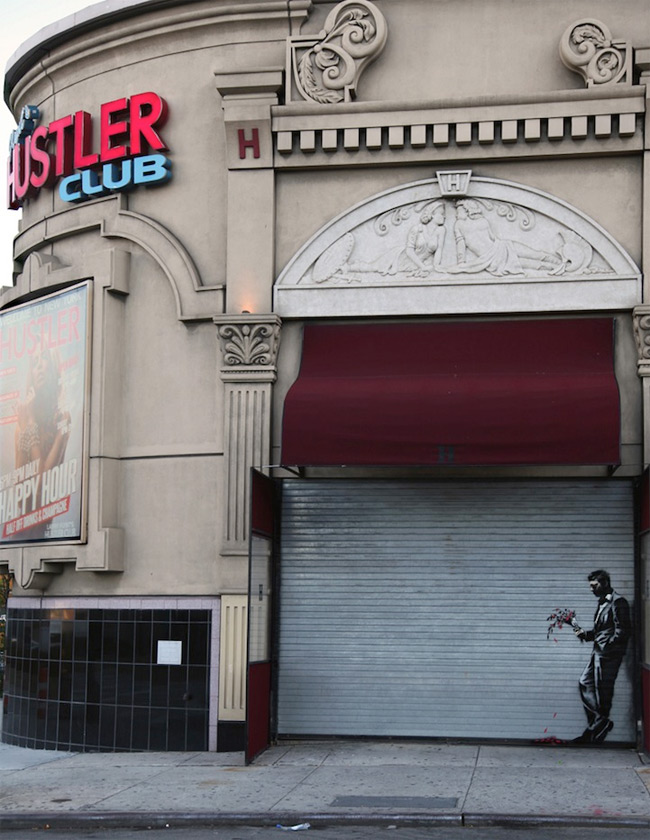 “Waiting in Vain,” Banksy’s 24th installment outside a Hustler Club 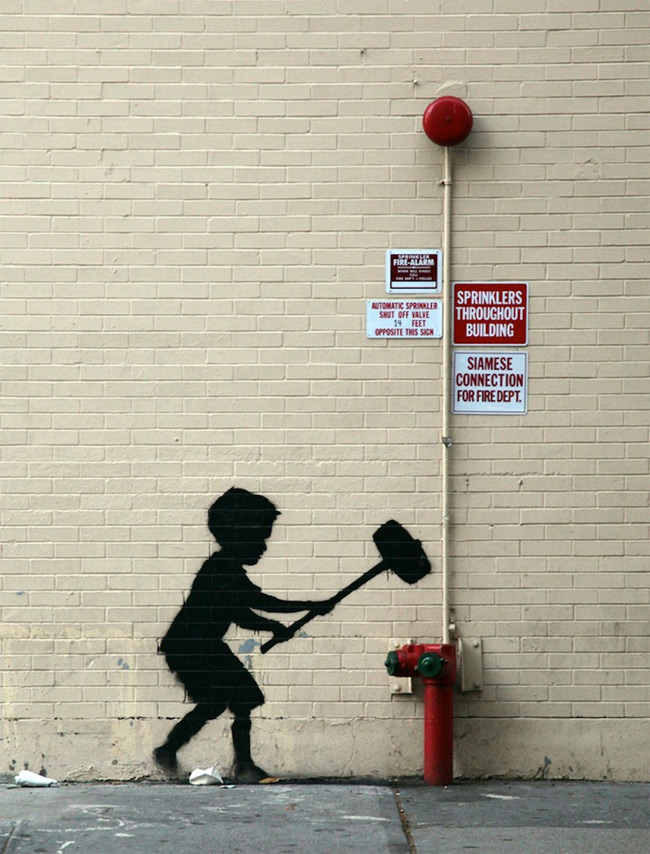 A child playing a high striker like a carnival game. 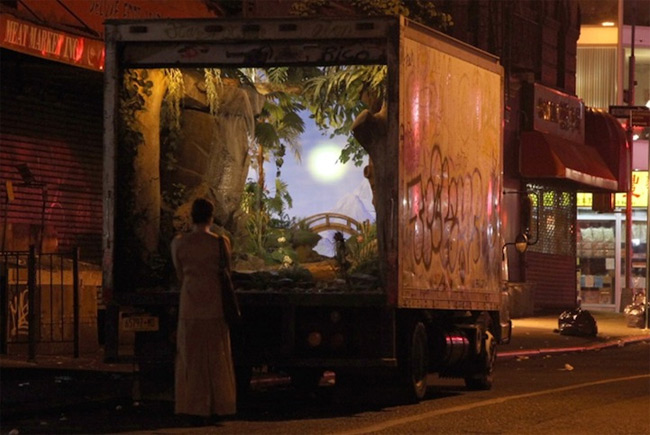 A mobile garden made out of a NY delivery truck 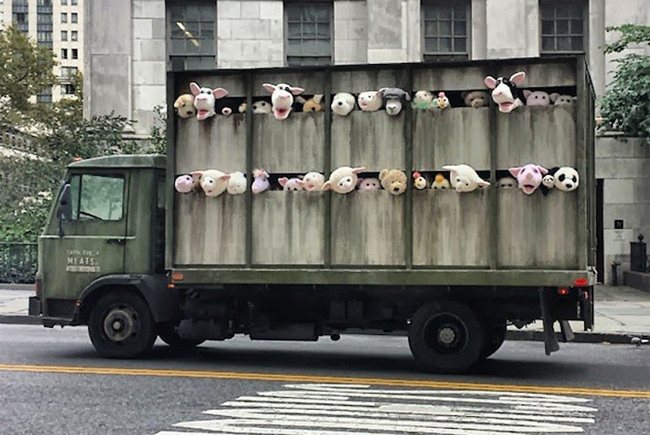 “Sirens of the Lambs”