In the Belgian city of Bruges, a festival of ice sculpture named “Ice Age” is traditionally held each year and is sculpted from no less than 300,000 kilograms of crystal-clear ice and 400 tons of pure snow. This treasure-trove of icy masterpieces is preserved in a special 1,200 m² thermal tent, where the temperature is kept at a constant -5° C. The first refrigerated lorries will arrive at the beginning of November, to deposit their 2 ton ice blocks on the Station-square. A fleet of bulldozers and cranes will move these blocks into the cold hall, where they will be stacked in preparation for the sculpting of the metres-high snow & ice decors.

In addition to the ice, a staggering 400 tons of snow will also be transformed into gigantic works of frosty art. The powder-fine snow will be made inside the tent and blown into specially constructed moulds. This allows for the creation of massive snow blocks, from which the figures and shapes can then be cut. The combination of architectural lighting and sparkling ice creates a magical and fairylike showpiece, which is guaranteed to make you shiver: not only with the cold, but also from wonder and admiration. 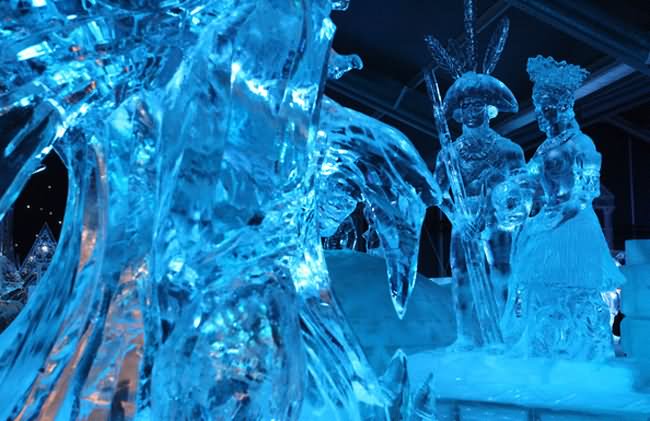 International and professional ice sculptors. The international team of 40 professional ice sculptors have to complete their titanic work in the 4 weeks leading up to the opening. Before you enter the Snow & Ice Sculpture Festival, an audio-visual display will show you precisely how the “ice-hackers” transform blocks of snow and ice into stunning works of art. These ice artists – who come from countries as diverse as China, Canada, The United States, Sweden, Holland and Belgium – all have many years of experience and regularly participate in competitions such as the Olympic Games or the Ice-Carving World Championships.

A visit to the Snow & Ice Sculpture Festival can easily be combined with a winter walk in the historic setting of wonderful Bruges. Wandering through the Christmas market, risking all on the ice rink, shopping in the romantically-lit streets: the ideal ingredients for a successful daytrip for all the family. 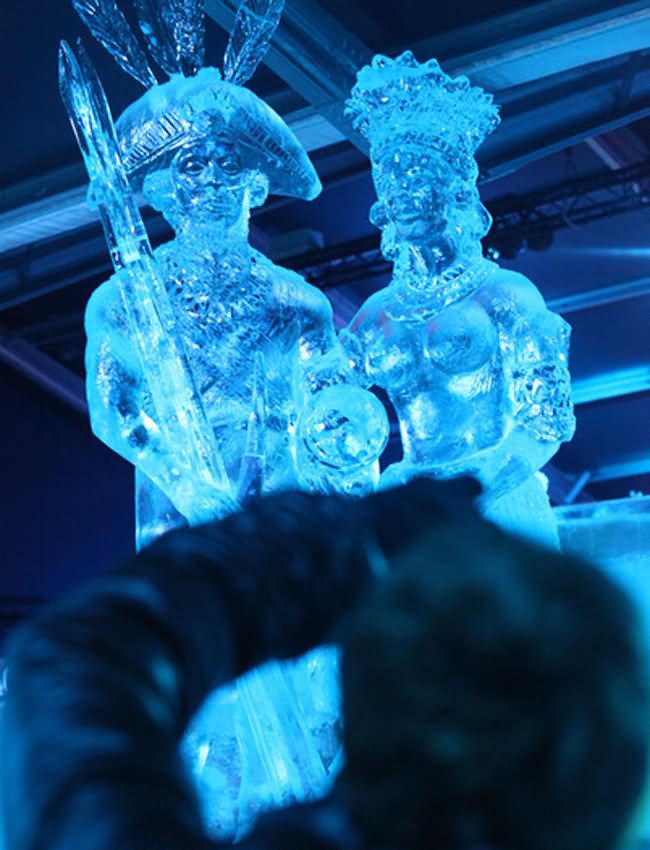 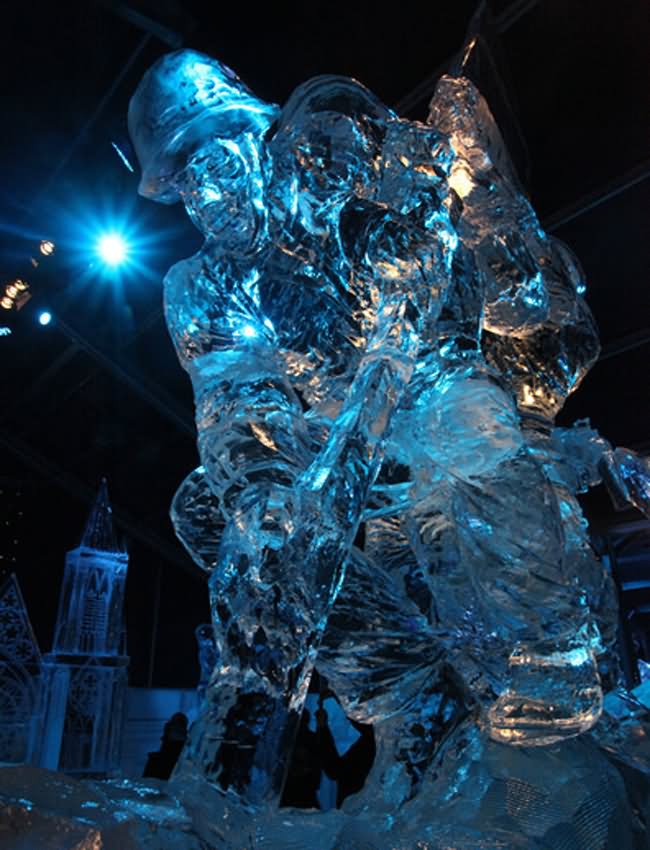 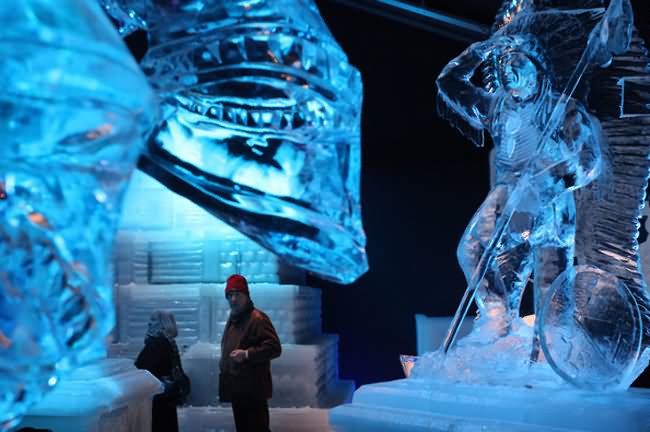 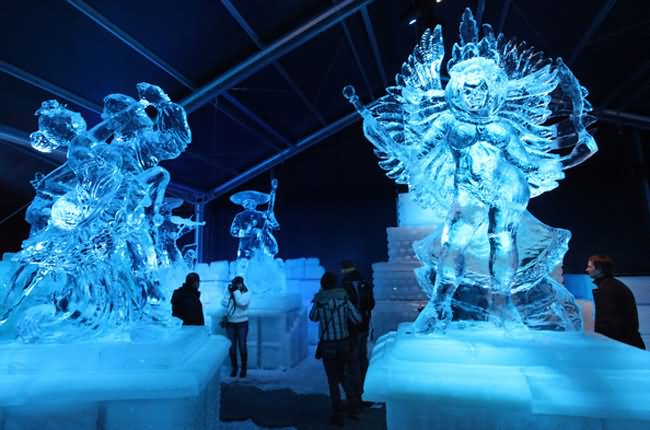 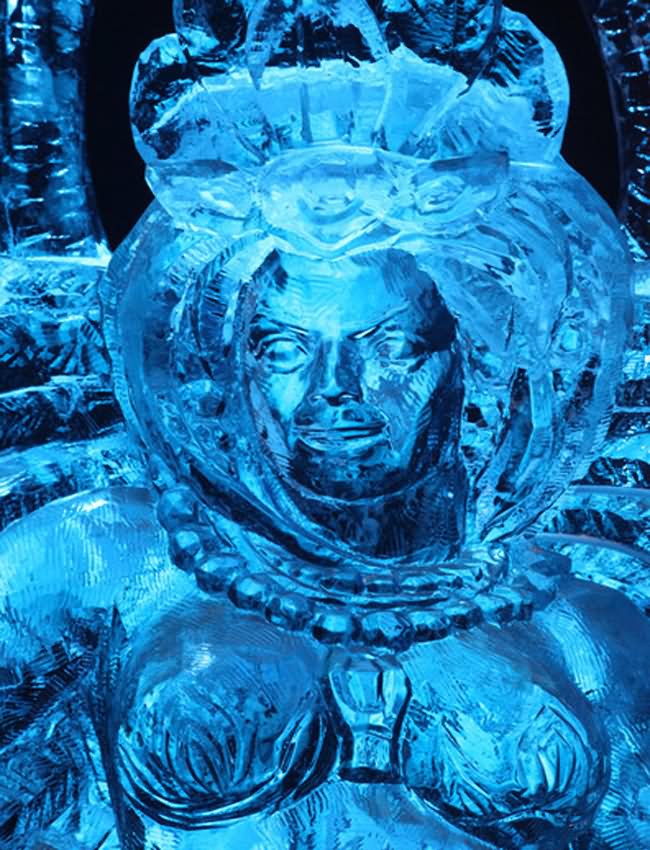 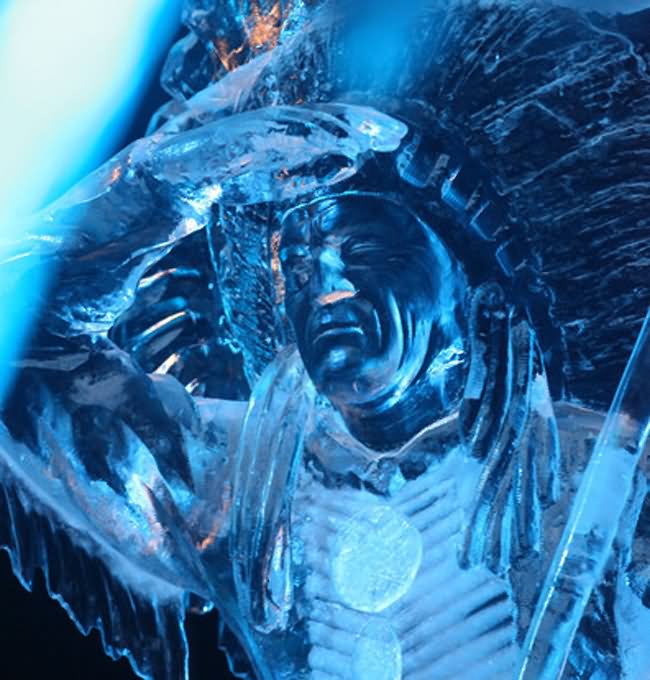 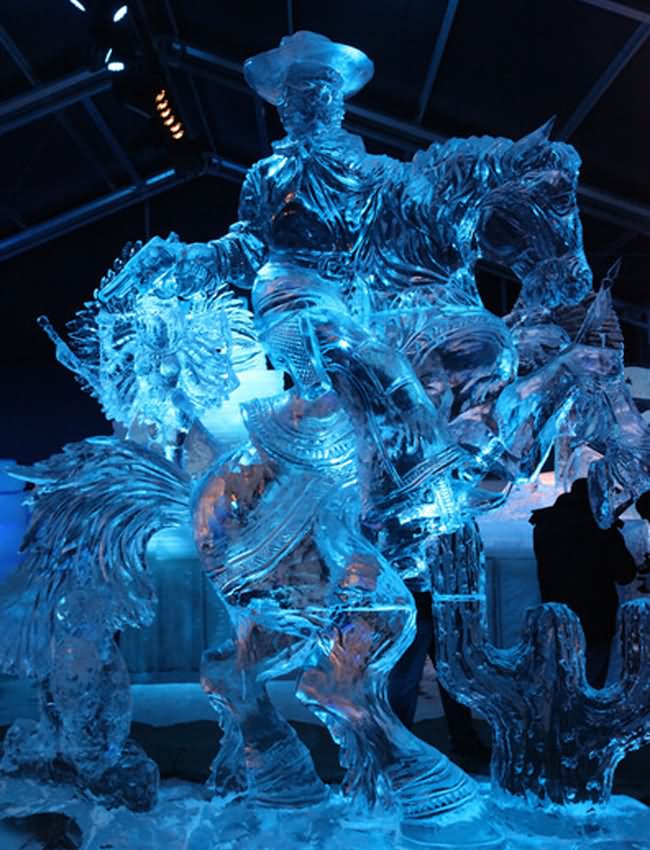 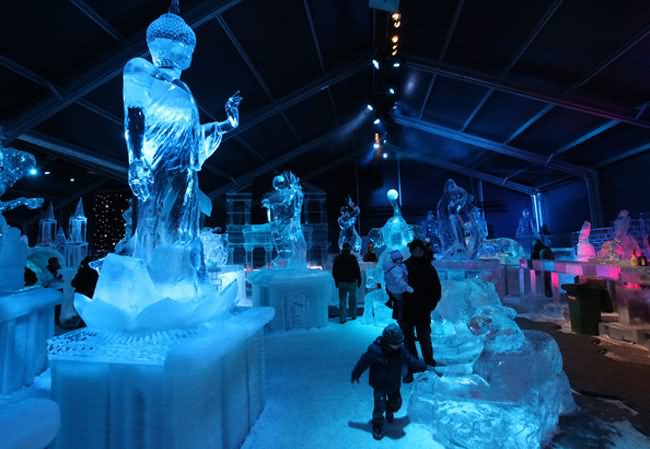 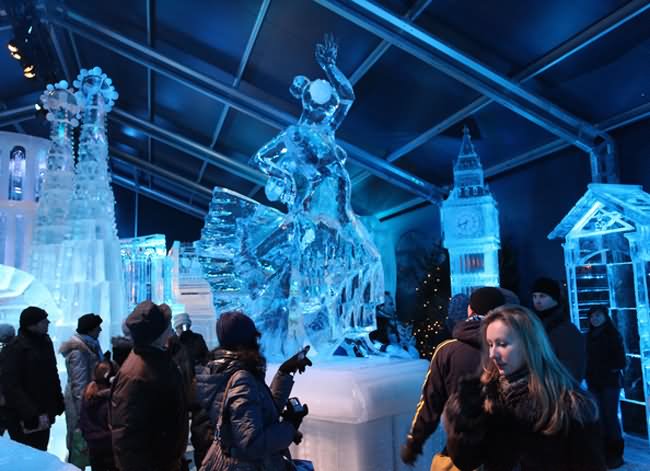 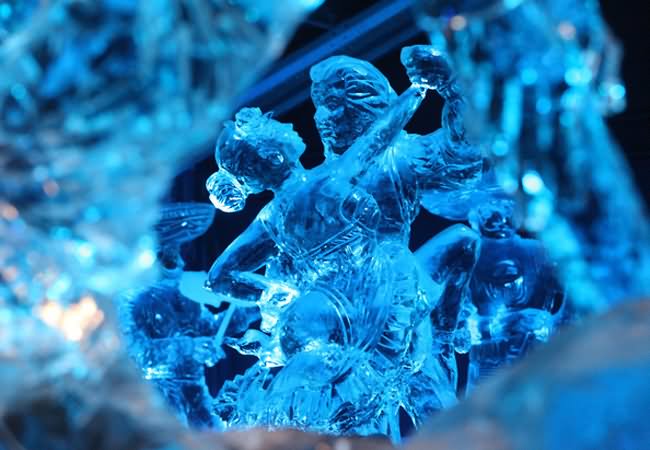 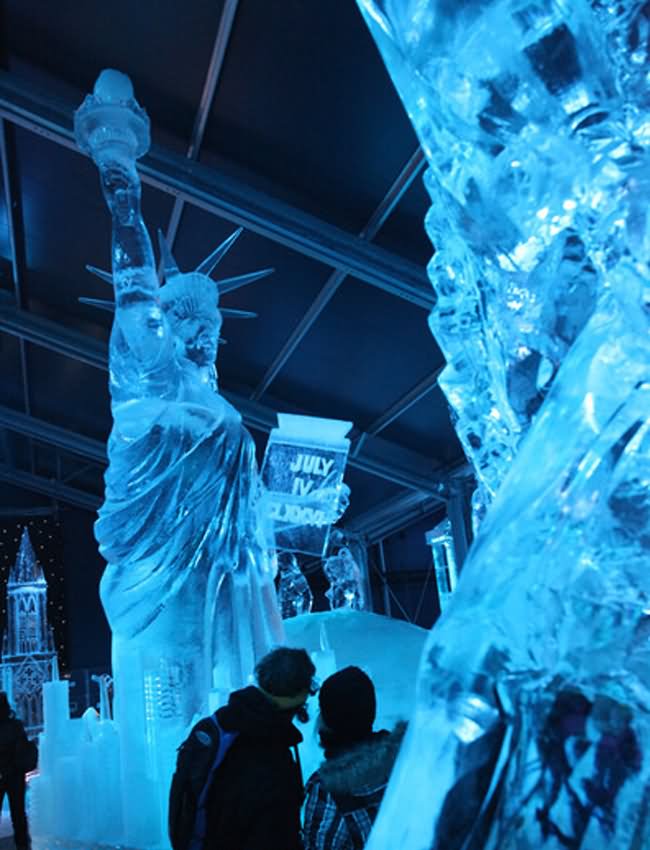 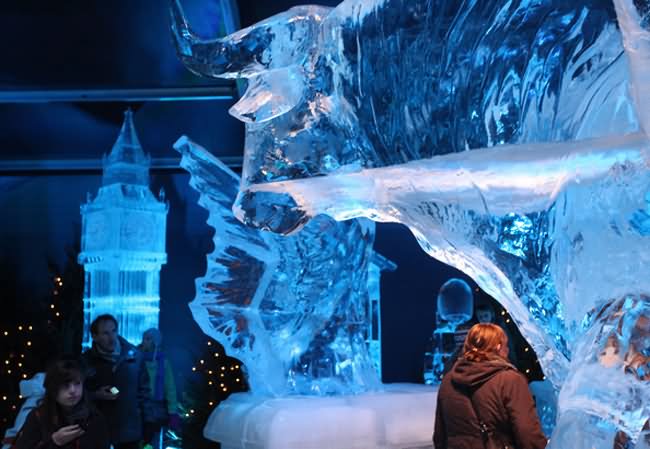 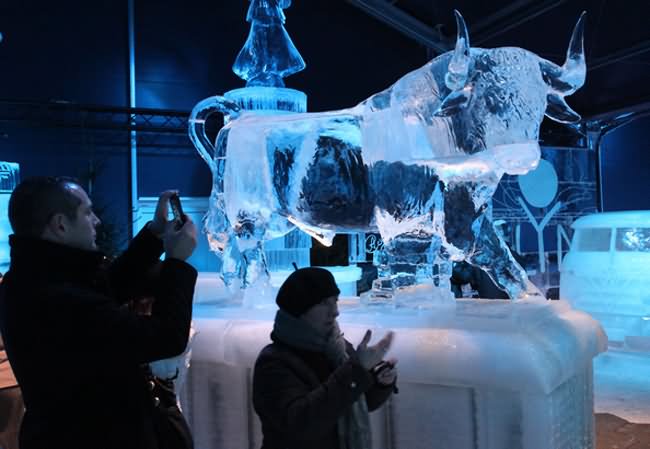 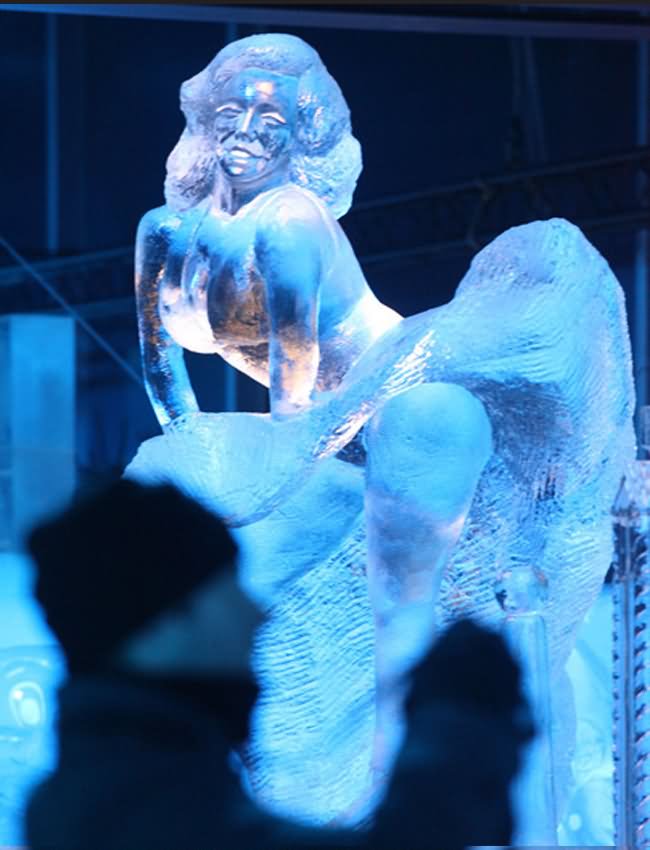 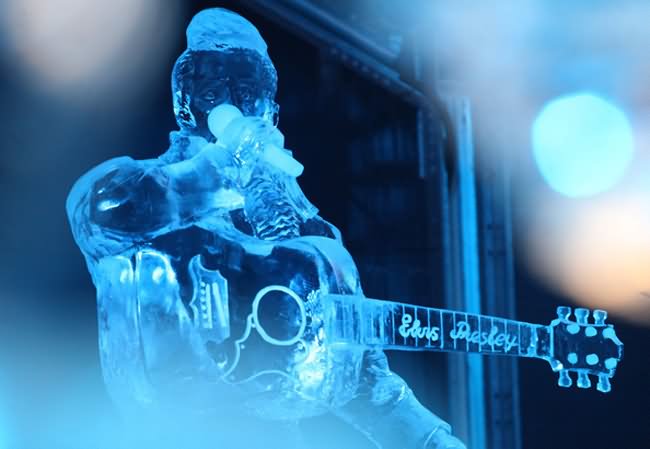 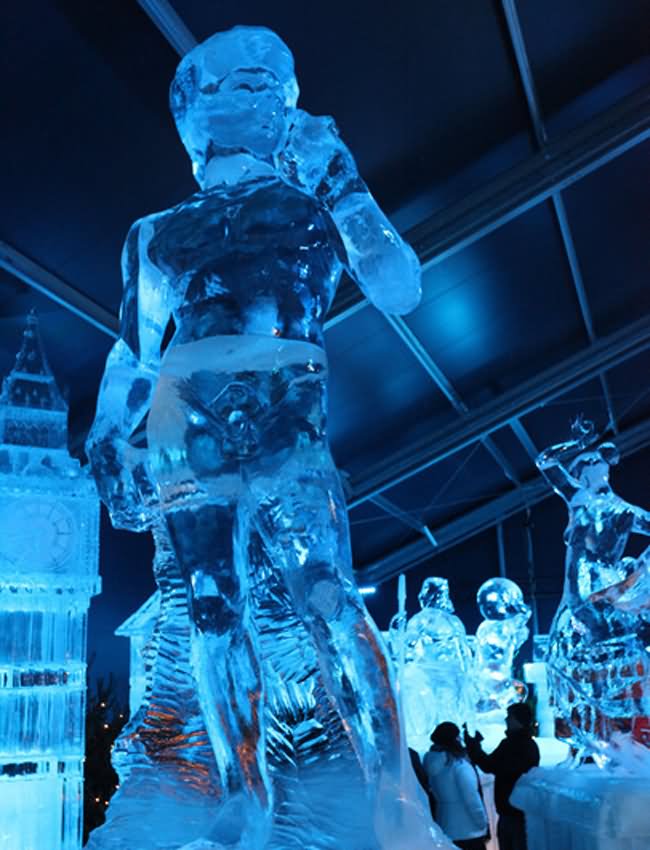 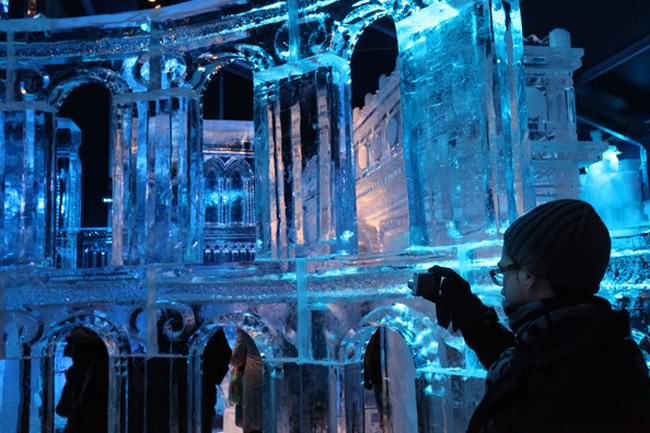 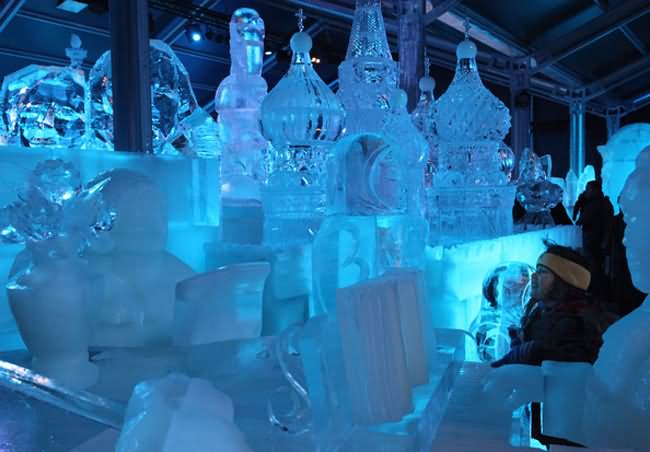 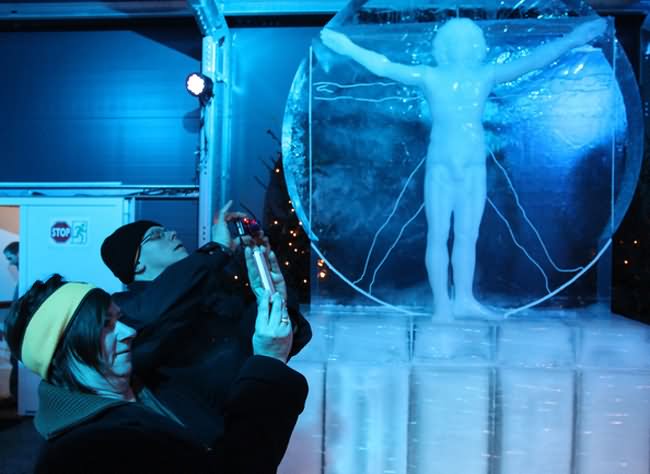